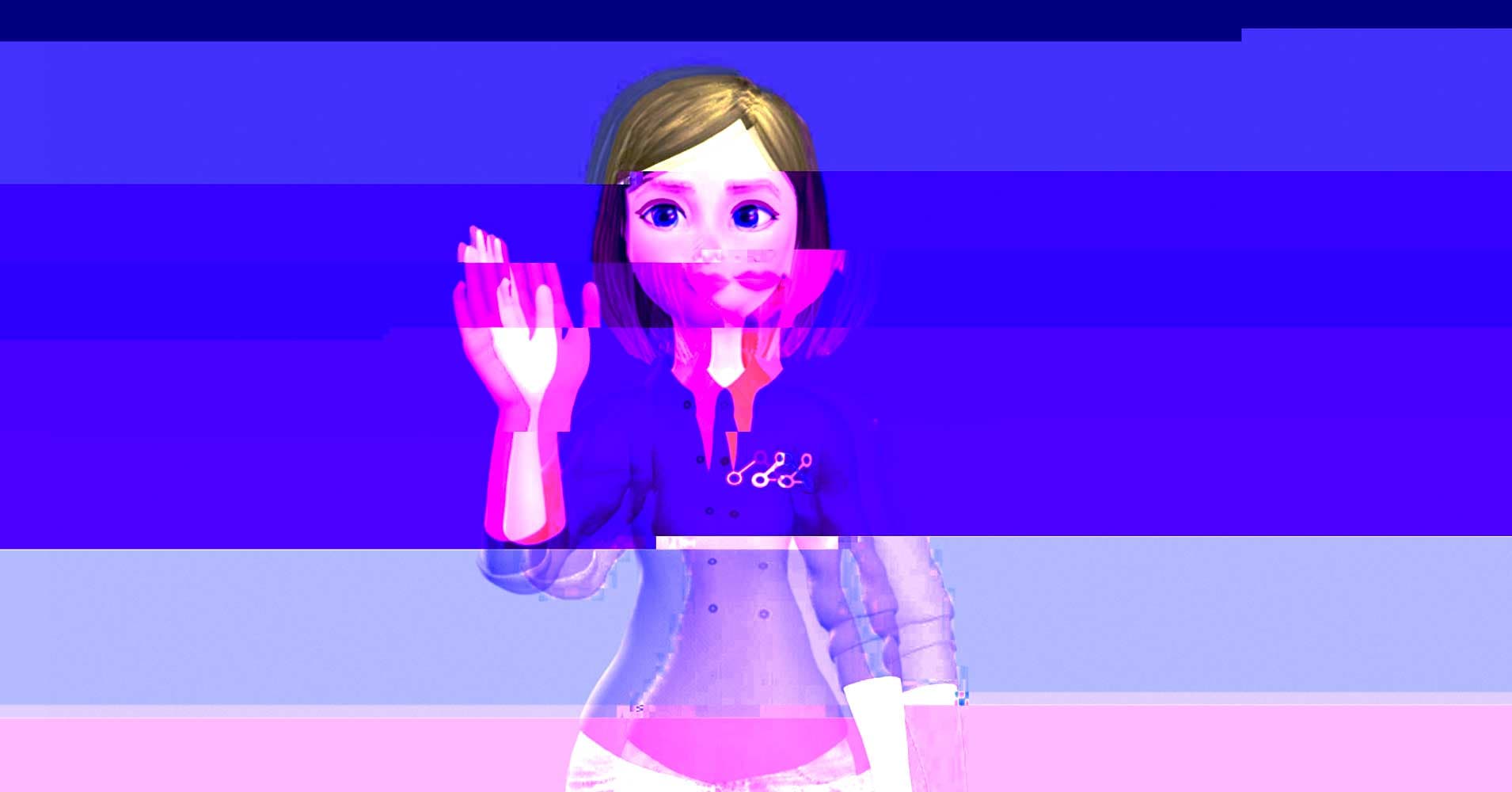 Millie really wants you to buy that new outfit — Millie thinks it makes you look so good!

Unfortunately, Millie isn't a new friend or significant other. Instead, it's an AI avatar built specifically to flatter you and push you to spend more at retail stores when you walk near its kiosks. That's according to the MIT Technology Review's Will Knight, who recently tested out the system.

Millie's software uses computer vision to tell when a customer approaches, as well as when someone accepts Millie's encouragement to try on new clothes or pick up a nearby product — all tactics that TwentyBN, the company that created Millie, says are intended to increase sales. When Knight tried a pair of sunglasses, for instance, Millie asked if he was a model.

But Millie's AI is far behind the abilities of an actual sales associate. Training a digital avatar to detect and respond to people is no small feat, to be sure, but it bears mentioning that we do not yet know how to build artificial intelligence that truly mirrors that of a human.

Knight found Millie's interface to be clunky, which isn't surprising: contextually understanding and crafting specific compliments based on one's appearance is too sophisticated for current AI chatbots.

"The experience isn’t quite polished enough yet, and Millie’s communication skills are a bit crude and basic," Knight wrote.

Still, if your wallet can take the hit, a little flattery never hurt anybody.

Magic Avatars
There's a Problem With That AI Portrait App: It Can Undress People Without Their Consent
Yesterday
Read More
MSNBS
MSN Deletes Fake News About Mermaids and Bigfoot, Runs New Story About Haunted Ventriloquist Dummy
Tuesday
Read More
Much Appreciated
OpenAI's New AI Offers Detailed Instructions on How to Shoplift
Dec 3
Read More
+Social+Newsletter
TopicsAbout UsContact Us
Copyright ©, Camden Media Inc All Rights Reserved. See our User Agreement, Privacy Policy and Data Use Policy. The material on this site may not be reproduced, distributed, transmitted, cached or otherwise used, except with prior written permission of Futurism. Articles may contain affiliate links which enable us to share in the revenue of any purchases made.
Fonts by Typekit and Monotype.