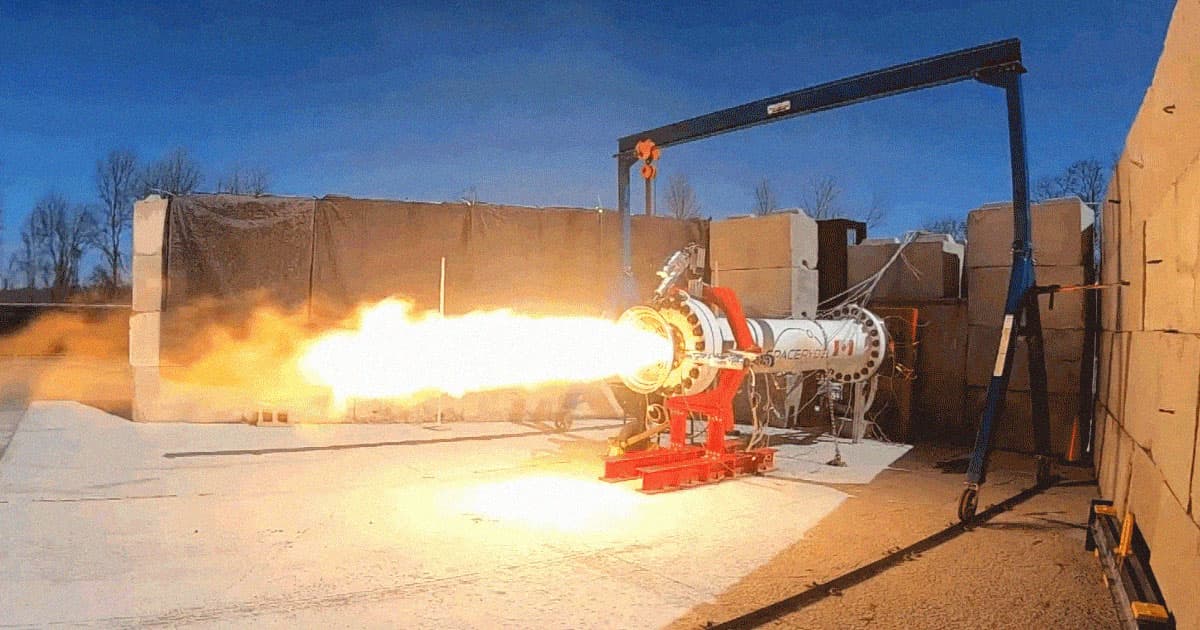 Hey, cut that out!

Hey, cut that out!

Rockets are big, loud, explosive, and notoriously cool to witness in action. But tell that to the residents of a town that have to hear them all the time.

SpaceRyde is a Canadian rocket startup with a facility in Trent Hills, Ontario — and it hasn’t been earning the adoration of the townspeople there. Its office is rated 1 star on Google from a sole review that complains that SpaceRyde’s facility is "really noisy" and is "definitely [negatively] affecting the quality of life of nearby residents."

And unfortunately for the rocket company, that reviewer isn’t alone in their thinking. A Change.org petition demanding SpaceRyde cease its rocket testing has been signed by over 700 people, in a town that only has a population of 13,000.

"The sound can be heard for many miles and startles anyone in the nearby vicinity," the petition claims. "Horses may bolt, and pets are distressed. Wildlife is disrupted." It even claims that "people's safety is at risk" because the sudden noise may cause people to lose concentration while working.

The mayor, Bob Crate, says that the testing occurred "without knowledge of the municipality," according to the newspaper.

SpaceRyde has remained — in seemingly a company first — relatively quiet about the complaints.

"A lot has happened since its posting," the company's head of marketing Jen Scholten told Space.com of the petition, without elaborating further.

In an earlier open house session addressing residents’ concerns, SpaceRyde’s co-founder Sohrab Haghighat claimed that the tests are never louder than 100 decibels, which is comparable to a semi-truck "highly revving" its engine, as quoted by Trent Hills Now.

Haghighat also notes that they always inform locals before the tests are carried out.

Fellow co-founder Saharnaz Safari, who is married to Haghihat, put things in perspective: "out of the 52 million seconds [the site has been in operation], we have generated noise for 200 seconds," she said at the open house.

Whoever is in the right, hopefully the two parties can work something out.