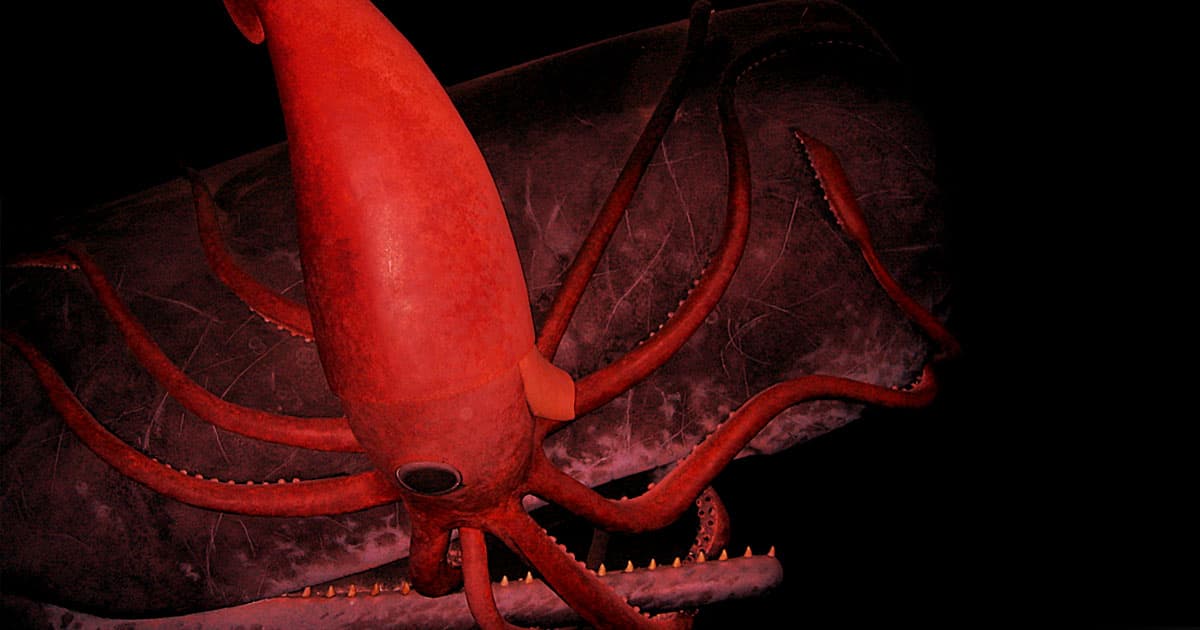 For the first time, scientists have sequenced the entire genetic code of a giant squid.

Because the massive creature has never been captured alive, biologists have largely been left in the dark as to how the giant squid grows and behaves. After sequencing its genes, University of Copenhagen and Marine Biological Laboratory researchers found several oddities in the giant squid's DNA — genes that are rarely found in other invertebrates, for instance — giving scientists new tools with which understand the bizarre animals.

The full genome was just about 90 percent the size of the human genetic code, according to a press release. The study — published in the journal GigaScience Thursday — suggests that the squid evolved to reach its massive size via a different biological mechanism than large vertebrates did.

"In terms of their genes, we found the giant squid look a lot like other animals," Marine Biological Laboratory researcher Caroline Albertin said in the release. "This means we can study these truly bizarre animals to learn more about ourselves."

The researchers spotted over 100 genes in the giant squid's genome that aren't typically found in invertebrates — including ones linked to brain development, potentially offering an explanation for why giant squids have vastly more complex brains than other invertebrates.

"A genome is a first step for answering a lot of questions about the biology of these very weird animals," said Albertin.

More on genomes: UK Plans To Give All Children Full Genome Sequence at Birth

Hey Bill
Bill Gates Funded the Company Releasing Gene-Hacked Mosquitoes
4. 28. 21
Read More
Super Old Vintage
Wine Grapes Haven’t Changed Much Genetically Since Ancient Rome
6. 12. 19
Read More
Plan to Create a Genetic Rolodex of Life on Earth Could Save Lives
4. 24. 18
Read More
+Social+Newsletter
TopicsAbout UsContact Us
Copyright ©, Camden Media Inc All Rights Reserved. See our User Agreement, Privacy Policy and Data Use Policy. The material on this site may not be reproduced, distributed, transmitted, cached or otherwise used, except with prior written permission of Futurism. Fonts by Typekit and Monotype.