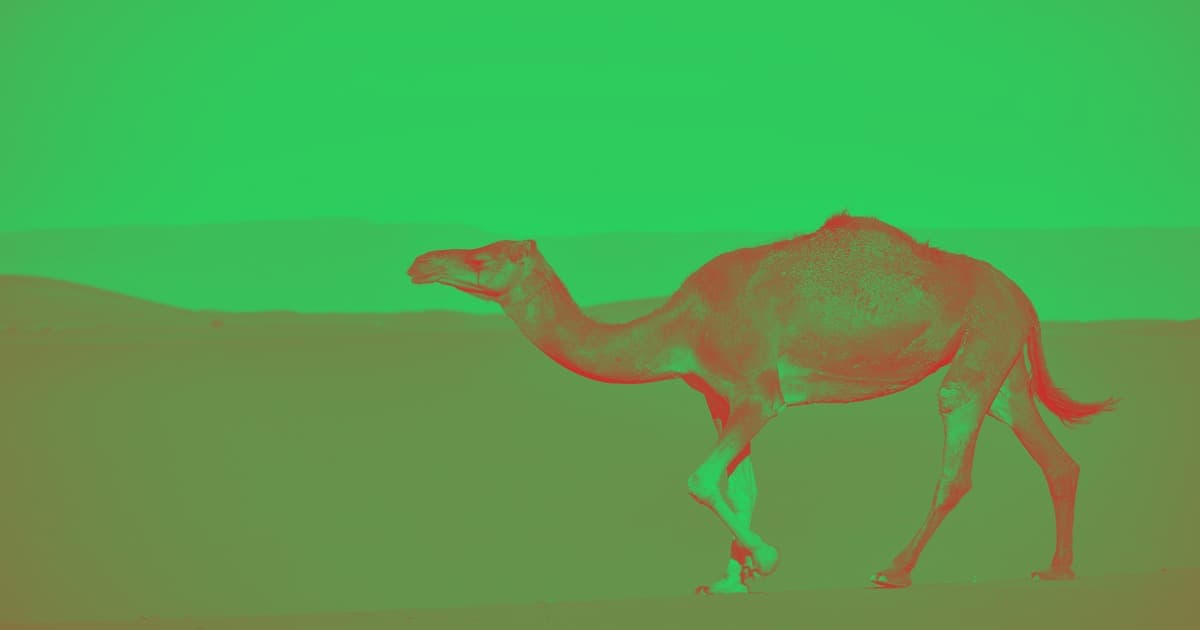 The bags were in a lump “as big as a large suitcase.”

The bags were in a lump “as big as a large suitcase.”

A team of researchers in Dubai made a startling discovery: around 2,000 plastic bags in the stomach area of a camel.

Marcus Erikson is the director of research and co-founder of the 5 Gyres Institute, a nonprofit focused on reducing plastic pollution. He recently penned an op-ed in The Washington Post about his team’s research in plastic pollution worldwide. More recently, they discovered more than 300 camels in Dubai that had died after eating human trash.

Amongst those camels included one that had around 2,000 plastic bags in its stomach area forming a mass "as big as a large suitcase," Erickson said. While he has been studying plastic pollution for several decades, he says that the death of the camels are "a whole new level of appalling."

According to Erikson, the camels’ deaths from eating trash is a part of a larger trend of "casualties" that occur due to plastic pollution.

"Imagine having 50 plastic bags in your stomach that you could not digest, causing ulcers and tremendous discomfort and the feeling that you’re full, all the time. You can’t and don’t eat any food," Erikson wrote in his op-ed. "This is what happens to camels, and it results in intestinal bleeding, blockages, dehydration, malnutrition, and death."

Erikson says a part of the problem is society’s inability to conceptualize plastic pollution as an issue outside of oceans.

"We have a plastic pollution pandemic from the tops of mountains to the bottom of the sea," he wrote. "A limited view limits our ability to solve the problem."

It's not a stretch to say that plastic pollution is a kind of pandemic itself. Unfortunately, though, we can't just develop a vaccine to solve this one.

READ MORE: I thought I’d seen it all studying plastics. Then my team found 2,000 bags in a camel. [The Washington Post]

More on pollution: Something Else Killed Three Times As Many People As COVID This Year

Brands We Love
This Simple Home Water Test Tells You Exactly What's in Your Drinking Water
2. 18. 21
Read More
Scientific Evidence Suggests That Human Cities Are Spawning New Species
11. 4. 17
Read More
The Age of the Human: These Fish Evolved to Survive Toxic Waters
12. 13. 16
Read More
+Social+Newsletter
TopicsAbout UsContact Us
Copyright ©, Camden Media Inc All Rights Reserved. See our User Agreement, Privacy Policy and Data Use Policy. The material on this site may not be reproduced, distributed, transmitted, cached or otherwise used, except with prior written permission of Futurism. Articles may contain affiliate links which enable us to share in the revenue of any purchases made.
Fonts by Typekit and Monotype.