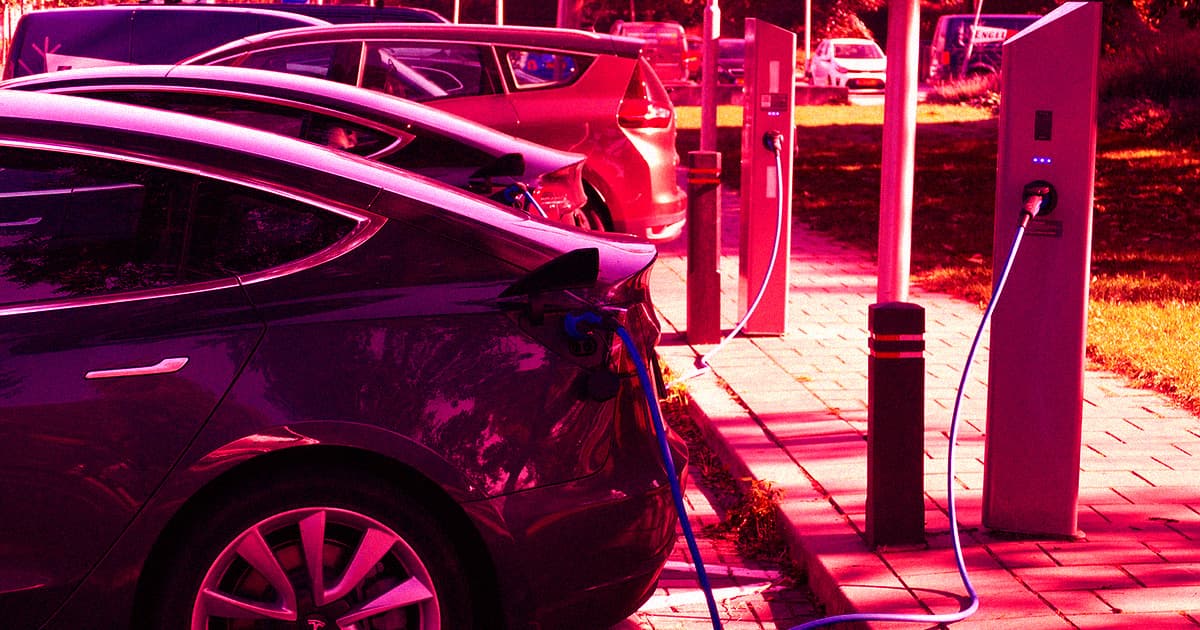 Private vehicles are a problem regardless of their fuel source.

Private vehicles are a problem regardless of their fuel source.

Electric cars are becoming increasingly-feasible replacements for their gas-guzzling cousins, which is a nice sign for the survival of our species.

But streets filled with battery-powered cars won't be nearly enough to stop climate change, University of Toronto environmental engineer Alexandre Milovanoff wrote in The Conversation. According to his work, we'll have to get more ambitious and tackle the bigger problem: private vehicle ownership.

The real promise of electric vehicles, Milovanoff argues, is that they provide an opportunity to rethink our transportation infrastructure altogether. To seriously tackle emissions, in other words, we'd need to replace our $69,420 Teslas with a fleet of clean buses and trains.

According to his research, published last month in the journal Nature Climate Change, electrifying our transportation by focusing on cars is an unrealistic goal that would take hundreds of millions of vehicles and put a massive strain on the grid.

The core of Milovanoff's argument is that electric cars offer major improvements, environmentally speaking, over gas-burning cars. But that comparison is an incomplete picture that leaves out how much more effective robust public transportation systems would be.

"Simply put, there are three ways to reduce greenhouse gas emissions from passenger transport: avoid the need to travel, shift the transportation modes or improve the technologies," Milovanoff wrote in The Conversation. "EVs only tackle one side of the problem, the technological one."

READ MORE: The myth of electric cars: Why we also need to focus on buses and trains [The Conversation]

More on EVs: Report: Electric Vehicles Cost Half as Much to Maintain