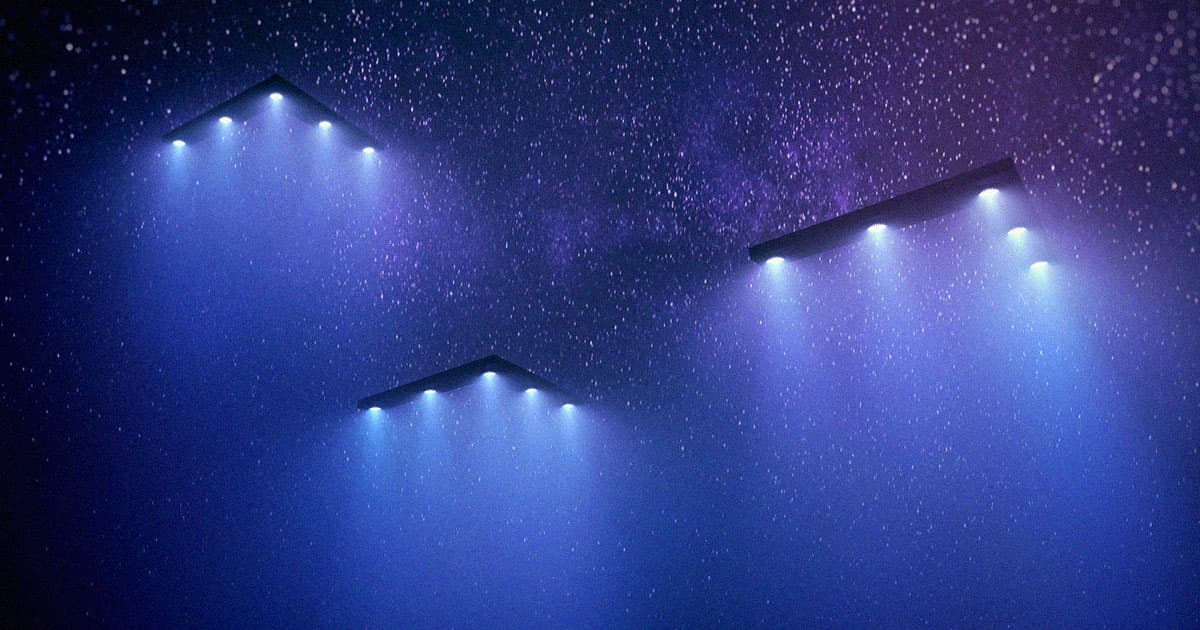 Aliens All Around Us

That's a quintillion with a "q."

That's a quintillion with a "q."

Alien-hunting Harvard astronomer Avi Loeb is back again, armed with new, not-yet-peer-reviewed research. This time, Loeb ups the ante by claiming it's possible that there's — get this — four quintillion alien spacecraft lurking in our solar system. That'd be, uh, a lot of flying saucers.

The study, spotted by the Daily Beast, is a follow up on the first discovery of an interstellar object to visit our solar system, dubbed 'Oumuamua, back in 2017. By all accounts, 'Oumuamua was a very weird object, the nature of which scientists are still hotly debating. Speculated to be cigar-shaped, it sparked tons of debate on whether it was an extraterrestrial visitor.

Loeb isn't outright saying 'Oumuamua was aliens per se, but he is saying we should be open to that possibility. In light of that outlook, he's basically asking what "respectable" scientists would never deign to: how many possible 'Oumuamuas could there be in our solar system that go unnoticed?

"One can use recent rates of detection of interstellar objects and known capabilities to estimate the density of similar objects in the solar neighborhood," the astronomers wrote in the study, as quoted by The Daily Beast.

Since 'Oumuamua, there have been three more interstellar objects detected by astronomers, making it four in eight years. At that rate, Loeb and Ezeller calculated there could be up to a staggering 40 decillion interstellar objects in the entire solar system, including areas beyond the reach of our instruments.

That number is brought down to the more humble 4 quintillion figure when limiting the scope to the "habitable zone" near the Sun, which is potentially exciting since, if some of them are aliens, they'd be easier to detect.

Some of Loeb's theories are boundary-pushing, but he never fails to raise some fascinating points.

Even if the majority of 4 quintillion interstellar objects turn out to just be bits of space rock, which Loeb admits is likely, that still leaves quite a bit of room for some of them to be alien spacecraft. Fingers crossed, at least.

More on the adventures of Avi Loeb: Experts Puzzled by Harvard Scientist Looking for Alien Wreckage in Ocean

Avi Update
Harvard Professor Defends Claim That Alien Spacecraft Cruised Through Solar System
Sep 14
Read More
Outing Life
Swiss Government Scientist Says We May Be on the Brink of Discovering Alien Life
Sep 13
Read More
Aquatic Aliens
Experts Puzzled by Harvard Scientist Looking for Alien Wreckage in Ocean
Sep 2
Read More
+Social+Newsletter
TopicsAbout UsContact Us
Copyright ©, Camden Media Inc All Rights Reserved. See our User Agreement, Privacy Policy and Data Use Policy. The material on this site may not be reproduced, distributed, transmitted, cached or otherwise used, except with prior written permission of Futurism. Articles may contain affiliate links which enable us to share in the revenue of any purchases made.
Fonts by Typekit and Monotype.