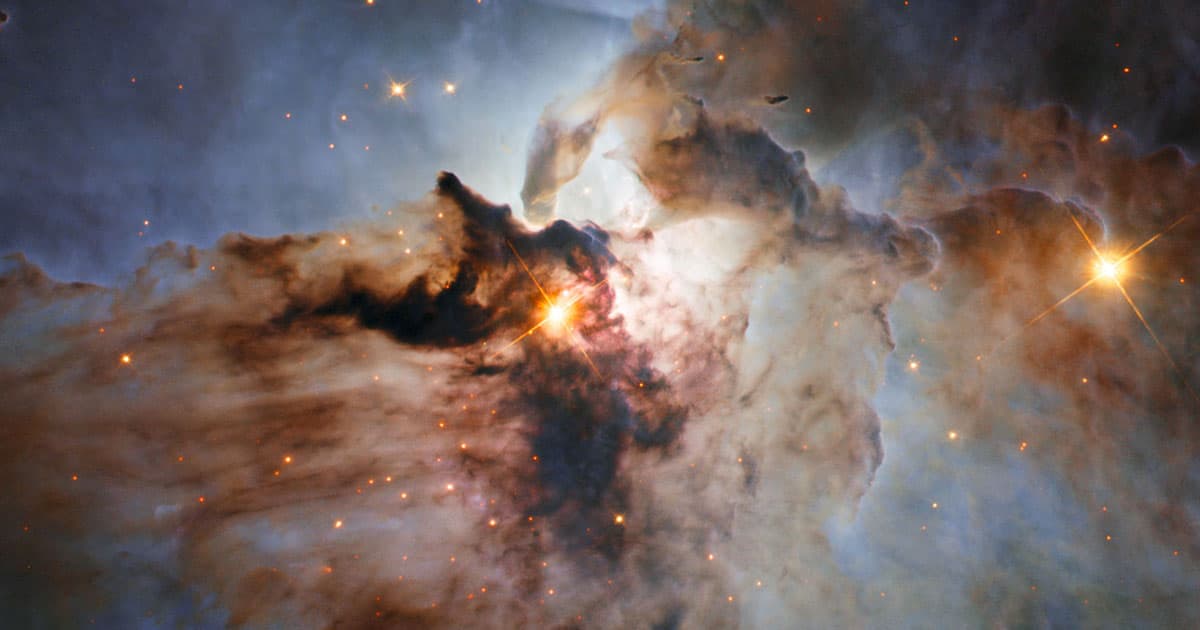 Either scientists were wrong about dark matter, our galaxy doesn't have any, or the paper is wrong.

Either scientists were wrong about dark matter, our galaxy doesn't have any, or the paper is wrong.

A controversial new research paper threatens to upend what many astrophysicists assume to be true about dark matter — but many remain unconvinced the new study is correct.

A team of University of California, Berkeley astrophysicists failed to find any dark matter, the invisible stuff that holds galaxies together, within the Milky Way, Live Science reports. But because that’s almost certainly an incorrect takeaway, the paper seems instead to suggest that other astrophysicists were wrong about how to find dark matter in the first place.

One popular hypothesis is that dark matter is made of a theoretical subatomic particle called the sterile neutrino. When sterile neutrinos decay, they’re thought to give off x-rays at a specific wavelength. So scanning galaxies for those x-rays has been an indirect way to measure how much dark matter they contain, according to Live Science.

Here’s where the research, published in the journal Science in March, creates a problem: astrophysicists turned their attention inward and looked for that x-ray frequency within our own galaxy. And they found nothing, potentially debunking the sterile neutrino model.

But other astrophysicists say they just missed it, Live Science reports, because they used a different methodology that potentially narrowed down the search too much.

That’s the crux of the argument: the new paper suggests others picked up on background noise instead of the x-ray signal, and those others say the new paper happened to miss the real signal itself.

READ MORE: A huge cloud of invisible particles seems to be missing from the Milky Way [Live Science]

Walled Up
Scientists Say Space Is Filled With Invisible Walls
May 12
Read More
Turn Back Time
Scientists Say There May Be a Mirror Universe in Which Time Runs Backwards
Mar 17
Read More
Into Darkness
Inside NASA’s Bold Proposal to Probe the Mysteries of Dark Matter
Mar 11
Read More
+Social+Newsletter
TopicsAbout UsContact Us
Copyright ©, Camden Media Inc All Rights Reserved. See our User Agreement, Privacy Policy and Data Use Policy. The material on this site may not be reproduced, distributed, transmitted, cached or otherwise used, except with prior written permission of Futurism. Fonts by Typekit and Monotype.