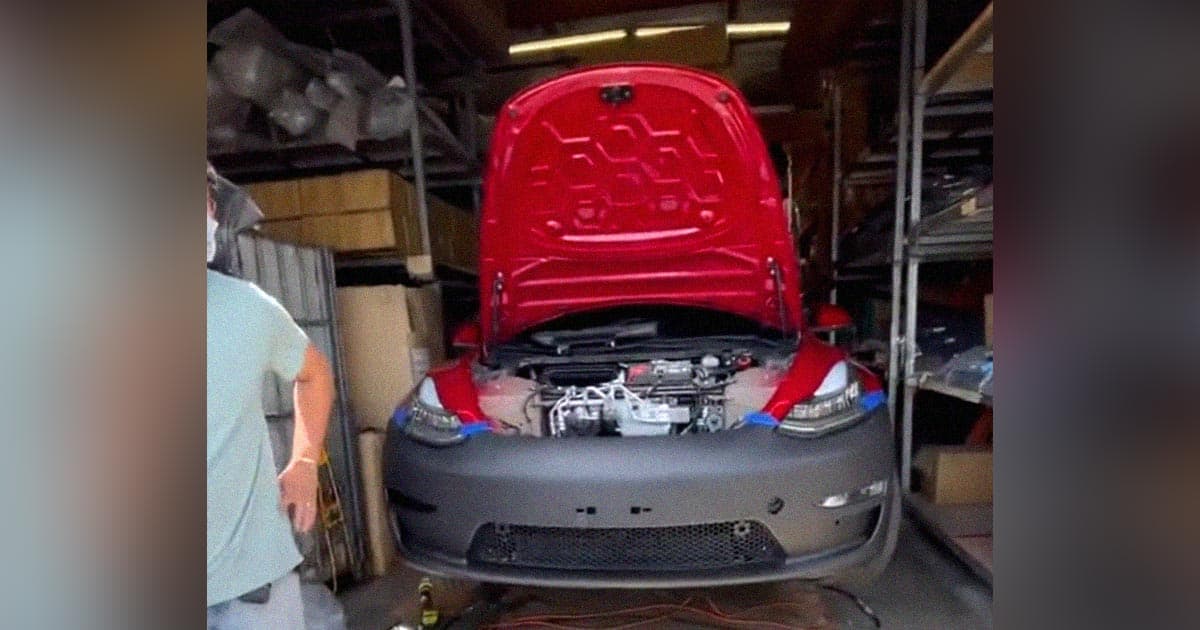 A Tesla Model 3 owner made a rather odd discovery: after renting his vehicle out on Turo, a popular peer-to-peer car rental app, he discovered that the borrow appeared to be taking it apart and replacing parts.

While we aren’t 100 percent clear on the borrowers’ true intentions, it’s not a stretch to assume they were trying to get away with a bunch of official Tesla parts.

A TikTok video by Tesla owner Frank Valdez, spotted by fan site Tesla Oracle, shows Valdez confronting a man at an autobody shop who appears to be replacing parts on his vehicle.

“It seems like you’re replacing some stuff,” Valdez says. “Should I be worried? Should I be calling the cops?”

“I’m just testing some parts,” a man at the garage responds, unconvincingly, claiming he only replaced the front bumper.

It’s a reminder that renting out your vehicle to strangers comes with some inherent risks, especially if it’s a buzzy brand like Tesla. Just last month, a driver made a rented Tesla Model S fly by sending it up — and then down — the crest of a steep hill in Los Angeles.

As it turns out, the shop where Valdez’s Tesla was taken runs an online shop that sells aftermarket Tesla car parts. It seems likely, then, that they were swapping out cheaper parts so they could sell Valdez’s.

And vehicles rented out through Turo are only covered under the vehicle owner’s and borrower’s “own automobile policies,” according to the company’s terms of service.

The borrower also isn’t allowed to use vehicles “for any commercial purposes” without “express permission” — so even if the body shop were simply “testing some parts,” it would still be breaking Turo’s rules.

“Turo is aware of a video appearing to show a host’s vehicle being used improperly during a trip,” a Turo spokesperson said in a statement to Futurism. “Our team is in contact with the host and have taken action to ban the guest from Turo for violating our terms of service, which explicitly prohibit guests from making any unapproved alterations to any vehicle.”

“Although these incidents are uncommon in our marketplace, we do offer hosts protection plans with varying levels of coverage for damage to vehicles,” they added. “We are currently gathering facts about the incident and thank you for your patience as we work to resolve this active investigation.”

The story fortunately has a happy ending, with Valdez being a returned a largely unscathed vehicle.

In his video’s caption, Valdez claims that “yes cops were called, and they didn’t want to show up.” According to him, law enforcement “called it a civil matter.”

More on Teslas: Tesla on Autopilot Crashes Into $3 Million Jet