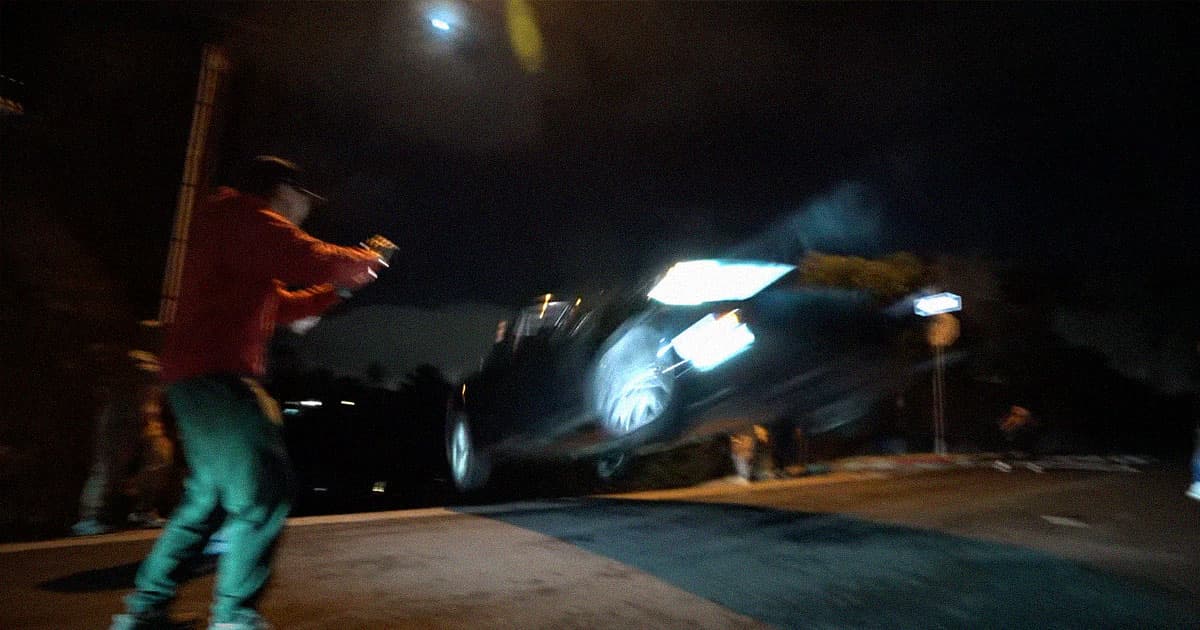 He forgot to put it in Full Self-Flying mode.

He forgot to put it in Full Self-Flying mode.

The Los Angeles Police Department (LAPD) is looking to arrest a driver who attempted to make a rented Tesla Model S fly — yes, fly — over the weekend.

According to the LAPD, the driver tried to perform several stunts, all of which were caught on camera from several angles, and widely shared on social media. But one last stunt down an infamously steep hill didn't quite work out so well.

Several videos show the rental car appearing to lift off while screaming down the hill. Instead of magically taking off like in "Back to the Future Part II," the vehicle came crashing back down, colliding with two parked cars and some crash cans.

In short, it's further proof you didn't need to demonstrate just how far idiots are willing to go to get the attention of anyone on the internet. Fortunately, nobody got hurt. But the car took a serious beating and is likely totaled, as one video shared by YouTuber Alex Choi suggests.

The LAPD is now offering a $1,000 reward to anybody with information that could lead to the arrest of the perp. "There is currently no description of driver, and the Tesla was abandoned at scene," LAPD Central Traffic noted in a statement. "A misdemeanor hit-and-run was completed, and detectives will be following up with the renter."

"It took out some trash cans and then my blue Subaru back here," local resident Jordan Hook, who lives on the street where the Tesla attempted to fly, told local news station Fox 11.

The reckless stunt could've easily ended much worse. "It doesn’t feel good to feel that the car could just careen into the house at any moment," local resident Jonathon Sutak told the outlet.

The rented vehicle's headlight is reportedly still in his front yard.

More on dumb stunts: Heineken’s Metaverse Event Was So Awful, Even Tabloids Want Out