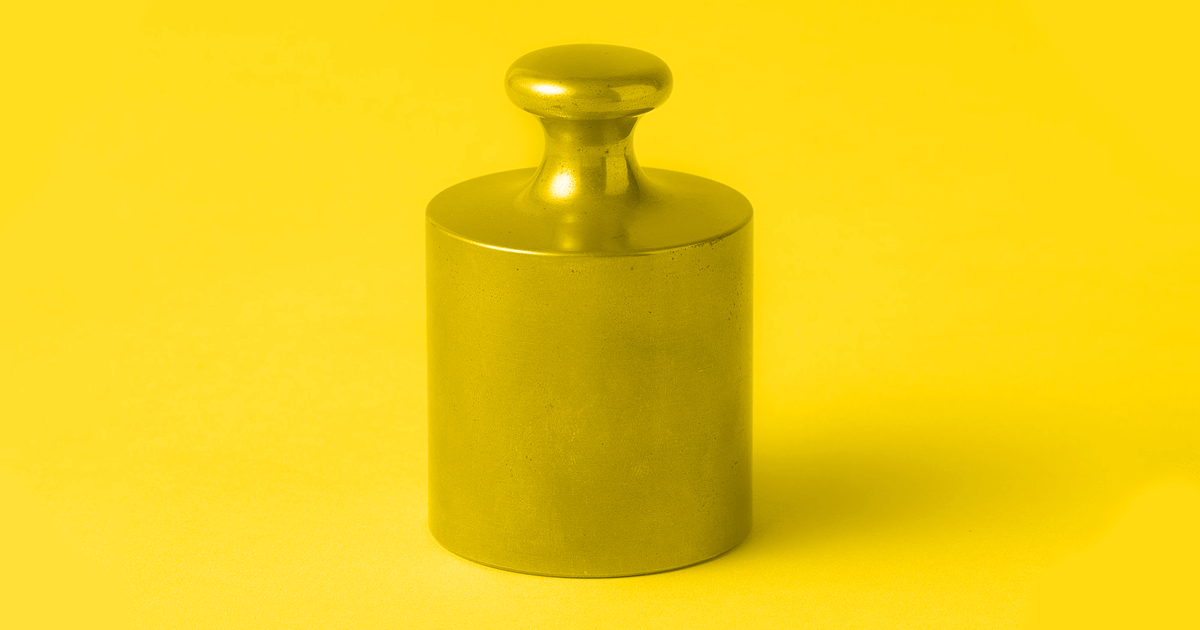 It's no longer based on a metal cylinder in France.

It's no longer based on a metal cylinder in France.

In November, scientists from more than 60 nations got together to redefine the kilogram, the base unit of mass in the International System of Units (SI).

Previously, a kilogram was defined by the Le Grand K, a platinum-iridium cylinder that had to be replaced every so often to ensure its accuracy. As of Monday, it’s now defined by the relationship between energy and mass — and because this physics-based approach is inherently stable, experts believe the new definition will improve the quality of science.

The new definition won’t change what a kilogram means to most people. However, the physical cylinder used to define it previously would occasionally lose a few atoms, and that slight deviation could affect scientific measurements in detrimental ways.

But that won’t be a problem now that a kilogram is defined as equal to the mass of 1.4755214 x 10^1040 photons, each with a frequency matching a cesium atomic clock.

“The revised SI future proofs our measurement system so that we are ready for all future technological and scientific advances such as 5G networks, quantum technologies, and other innovations that we are yet to imagine,” Richard Brown, Head of Metrology at the National Physical Laboratory, said in a press release.

Editor’s note: This article misstated the new photon count. It has been updated.

More on measurements: The Metric System Is About to Get a Long-Anticipated Upgrade

How Scientists Measure the World Is About to Change
9. 6. 17
Read More
Ancient Depths
Scientists Discover Ancient Forest at Bottom of Gigantic Sinkhole
6:23 PM
Read More
Opposing Sides
Bad News! That Image of a Black Hole Might Be Totally Screwed Up
4:15 PM
Read More
+Social+Newsletter
TopicsAbout UsContact Us
Copyright ©, Camden Media Inc All Rights Reserved. See our User Agreement, Privacy Policy and Data Use Policy. The material on this site may not be reproduced, distributed, transmitted, cached or otherwise used, except with prior written permission of Futurism. Fonts by Typekit and Monotype.