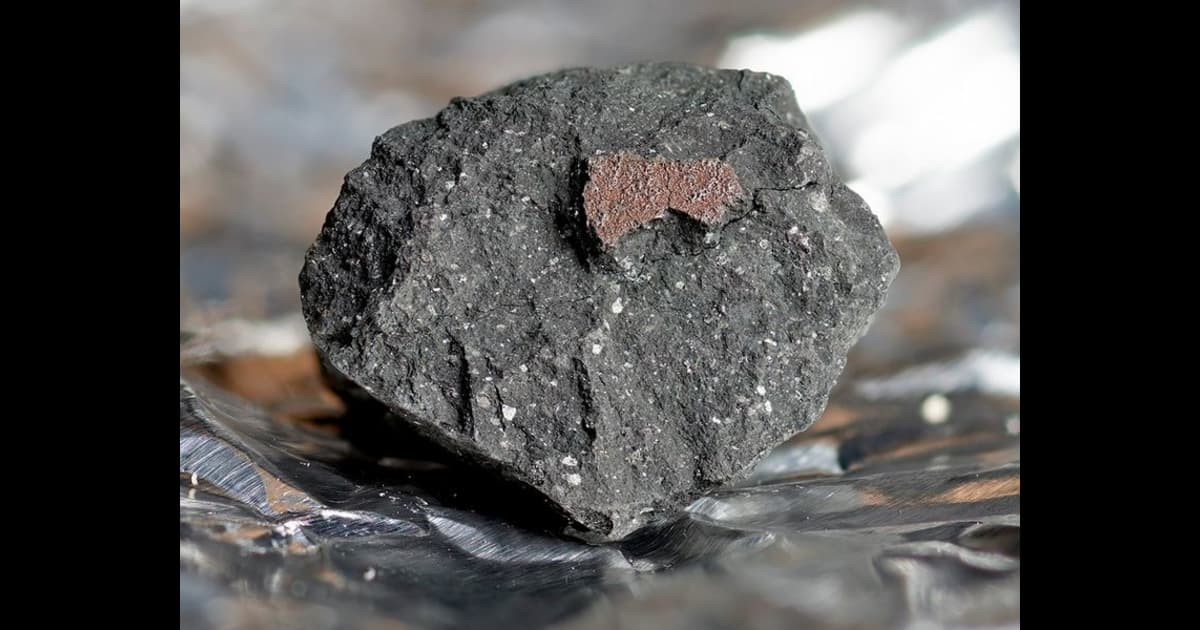 “I am just speechless with excitement.”

“I am just speechless with excitement.”

A UK couple got the surprise of a lifetime when they discovered pieces of a meteorite had landed on their driveway early last week.

The space rocks landed near the home of Rob and Cathryn Wilcock in Winchcombe, England on February 28 after a fireball was spotted hurling across the skies above the western UK region, according to The Smithsonian Magazine.

The couple heard a rattling noise that night but couldn’t see what it was in the dark. It wasn’t until the next morning that they discovered a small pile of black rocks and dust on their driveway. They later sent photos of their find to researchers at the Natural History Museum in London who had put out a call for fallen pieces of meteorite.

It turns out the meteorite is a very rare type known as "carbonaceous chondrite."

"This is really exciting,” said Prof. Sara Russell, researcher at the Natural History Museum, a press release about the discovery. "There are about 65,000 known meteorites in the entire world, and of those only 51 of them are carbonaceous chondrites that have been seen to fall like this one."

The museum says the rock came from somewhere between Mars and Jupiter and is roughly 4.6 billion years old. Given its age and type, scientists hope it can give them a rare look into how the solar system was formed.

"I am just speechless with excitement," Russell added.

In a striking coincidence, both the US and Japan have already launched separate space missions (OSIRIS-Rex and Hayabusa2, respectively) to rendezvous with carbonaceous asteroids and collect and bring back samples much like the ones that landed on the Wilcock family’s driveway, according to Smithsonian.

And though the UK sample spent hours exposed to the elements, the rock fragments are still a boon for researchers.

"Yes, it will have been affected by passage through the atmosphere, but it must be very close to pristine," said Richard Greenwood, planetary scientist at Open University, to the BBC.

The OSIRIS-Rex was launched in 2016 and is slated to return with samples in 2023; the Hayabusa2 was launched in 2014 and returned in December 2020. Though really, both programs could have saved nearly a billion dollars collectively by waiting until samples landed in a nice English couple’s driveway.

More on meteors: This Meteor Exploded So Violently That It Shook Entire Buildings Below

An Ultra-Rare Crystal Is Found in a Meteorite, Revealing a Bizarre Form of Matter
12. 9. 16
Read More
If You Could See the Asteroids Near Earth, What Would our Sky Look Like?
7. 11. 15
Read More
Shark Smile
Influencer Fined for Eating Endangered Great White Shark
9:15 PM
Read More
+Social+Newsletter
TopicsAbout UsContact Us
Copyright ©, Camden Media Inc All Rights Reserved. See our User Agreement, Privacy Policy and Data Use Policy. The material on this site may not be reproduced, distributed, transmitted, cached or otherwise used, except with prior written permission of Futurism. Articles may contain affiliate links which enable us to share in the revenue of any purchases made.
Fonts by Typekit and Monotype.