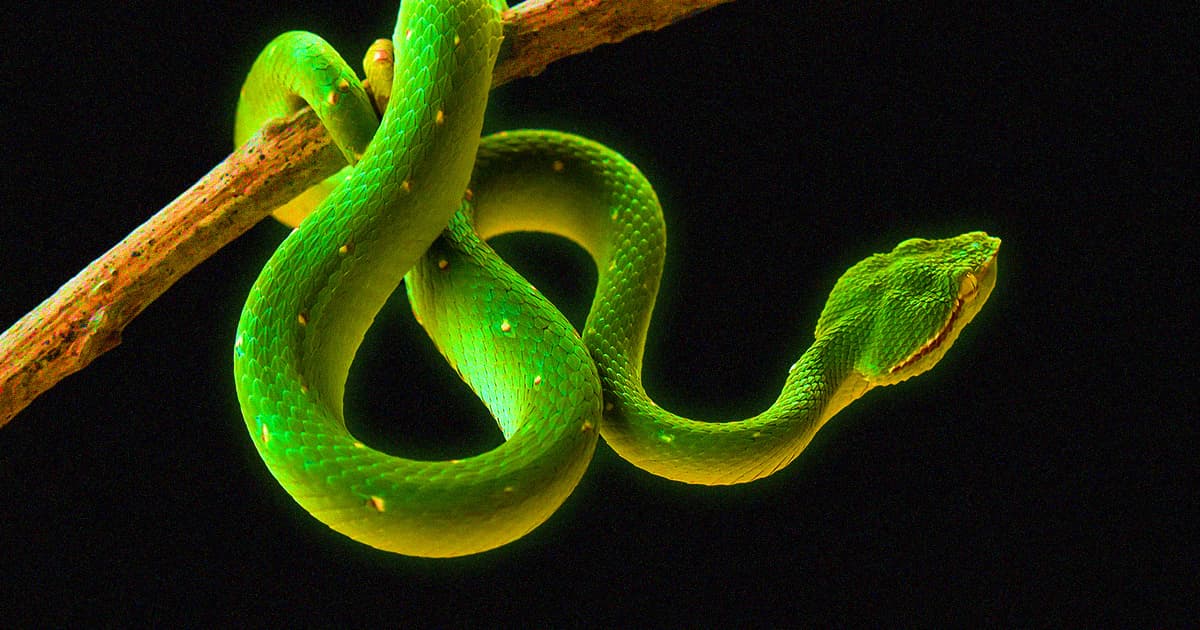 Snakes with sensors duct taped to them are being used as moving Geiger counters.

Snakes with sensors duct taped to them are being used as moving Geiger counters.

Nine years after the disaster at Japan's Fukushima Daichi nuclear power plant, scientists are left wondering how dangerous the surrounding area still is.

To investigate, a team of researchers unlisted unlikely help: nine Japanese rat snakes that live in the region. The scientists, using some handy duct tape and superglue, attached GPS trackers and radiation dosimeters to the varmints, according to The Guardian, which allowed them to measure radioactivity exposure levels while the snakes slithered around.

Most of the people who initially fled the disaster have since returned home, but the snake study, which was published in the journal Ichthyology and Herpetology, could help officials come up with a plan for how to handle the remaining 444 square miles that remain fenced off as the Fukushima Exclusion Zone.

Snakes may seem like an odd choice. But it was actually a deliberate move.

"Snakes are often understudied when it comes to other animals, but they are actually a vital part of many ecosystems," lead study author and University of Georgia researcher Hannah Gerke told Earther. "They can act as both predator and prey in the food web, which means they have the potential to accumulate contaminants from prey they eat and also be a source of contaminants for other animals that eat them."

Basically, if snakes are exposed to high levels of radioactivity, the rest of the ecosystem is too — and that gives the researchers a better idea of the area's overall ecological health.

The findings varied substantially from area to area, the scientists learned. That suggests that radioactive isotopes didn't fall over the region in a uniform way, and depended in some way on the underlying terrain, according to the study. Snakes that selected different habitats reported different levels of radiation even within the same area, suggesting that the Fukushima Exclusion Zone is a bit more complex than scientists initially assumed.

Regardless, the scientists determined that monitoring snakes and other wildlife will be a useful proxy for radioactivity levels going forward, so their continued work could help identify which, if any, areas will become safe for human habitation sooner than others.

Fusion Force
China Announces Plan for Hybrid Fission-Fusion Power Facility
9. 17. 22
Read More
Remember Donald?
Donald Trump Goes on Bizarre Rant Against Electric Cars
9. 6. 22
Read More
Dry Dock
The Top 13 Wildest Objects That Terrible Droughts Have Revealed
8. 27. 22
Read More
+Social+Newsletter
TopicsAbout UsContact Us
Copyright ©, Camden Media Inc All Rights Reserved. See our User Agreement, Privacy Policy and Data Use Policy. The material on this site may not be reproduced, distributed, transmitted, cached or otherwise used, except with prior written permission of Futurism. Articles may contain affiliate links which enable us to share in the revenue of any purchases made.
Fonts by Typekit and Monotype.