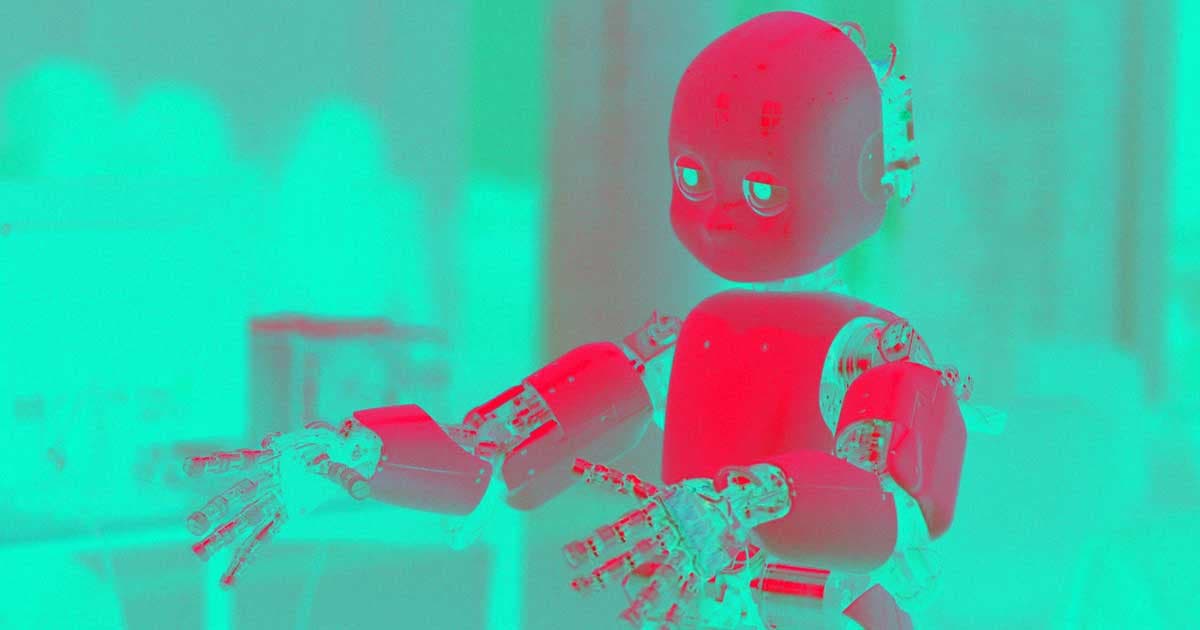 This Psychologist Wants to Create Day Care Centers for Robots

"It may be that what we really need is robots that have childhoods."

"It may be that what we really need is robots that have childhoods."

A developmental psychologist thinks we should let artificially intelligent robots learn like babies and toddlers do — in supervised "day cares."

"What you need is kind of a little, helpless, not-very-strong robot that can't break things very much, and it's actually being taken care of by somebody else," Alison Gopnik, a professor of psychology at the University of California, Berkeley, told Wired. "And then have that turn into a system that is capable of actually going out in the world and doing things."

Today, researchers have several go-to methods for teaching an AI-powered robot how to do something new.

In some cases, they teach the robot the task step-by-step. In others, they create an environment where the robot can try a bunch of things and then receive a reward when it succeeds at a goal.

But according to Gopnik, those methods might result in a robot learning how to do a specific task in a specific way, without instilling the type of curiosity that would allow that same robot to adapt to new challenges.

A better method, Gopnik posits, might be to create environments where robots can safely play and see where their curiosity takes them — much like the day care centers where young humans learn how to navigate the world by trying seemingly nonsensical things.

"It may be that what we really need is robots that have childhoods," she told Wired.

READ MORE: The Case for Sending Robots to Day Care, Like Toddlers [Wired]