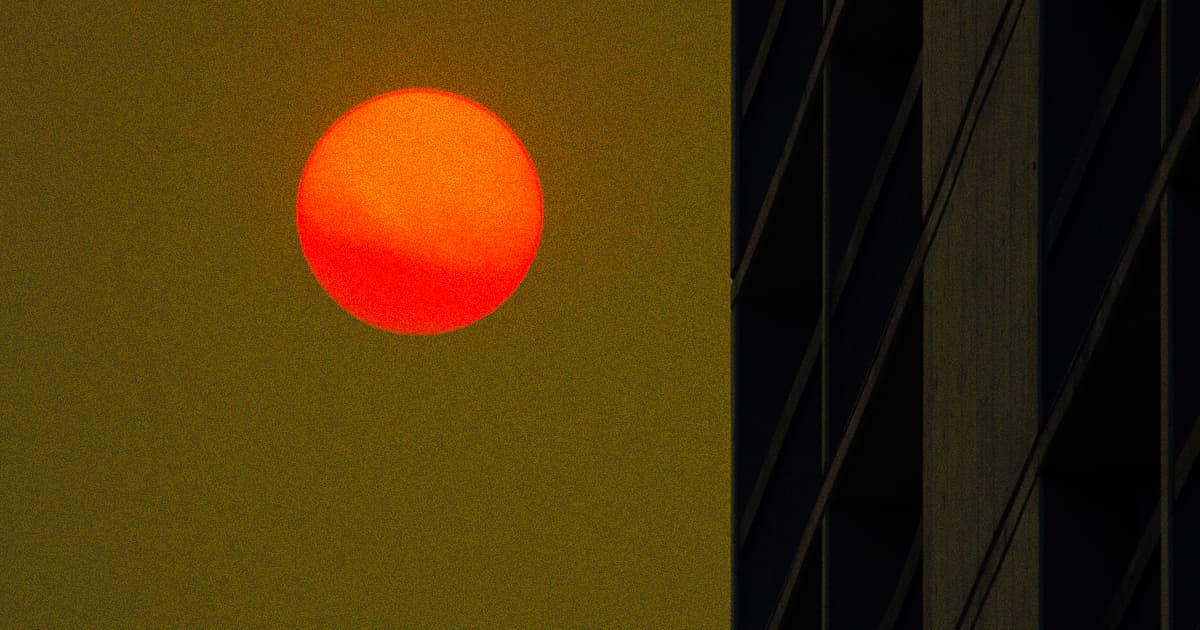 But, she adds, nothing is inevitable.

But, she adds, nothing is inevitable.

Earlier this month, sustainability researcher Gaya Herrington made headlines when she examined claims from a 1972 MIT study predicting the end of civilization —  and found that we're indeed on track for a collapse around the year 2040.

Now, she's standing by her grim forecast. The moral of the story, Herrington told The Guardian, is that business as usual — an approach that's worsened global climate change and largely failed to mitigate the resulting weather disasters — will likely lead to economic and societal collapse.

However, she also feels it's not too late to clean up our act.

"We're totally capable of making huge changes," Herrington told the Guardian, "and we've seen with the pandemic, but we have to act now if we're to avoid costs much greater than we're seeing."

The specific problems that the MIT scientists feared decades ago are a bit different than those facing us today. They were worried about a combination of resource scarcity and overpopulation, but as Herrington explained to the Guardian, the MIT researchers accurately guessed that resource scarcity would be solved through more innovative resource extraction technology. Unfortunately, that led to even more severe pollution.

"The MIT scientists said we needed to act now to achieve a smooth transition and avoid costs,” Herrington told the Guardian. "That didn’t happen, so we're seeing the impact of climate change."

Herrington stands by her finding that the original 1972 prediction of civilization collapse seems to be on track. But, she added, nothing is set in stone, and there's still time to right the ship and work to build a more sustainable society.

"The key finding of my study is that we still have a choice to align with a scenario that does not end in collapse," Herrington told the Guardian. "With innovation in business, along with new developments by governments and civil society, continuing to update the model provides another perspective on the challenges and opportunities we have to create a more sustainable world."

More on the 1972 prediction: MIT Prediction of Civilization Collapse Appears To Be on Track