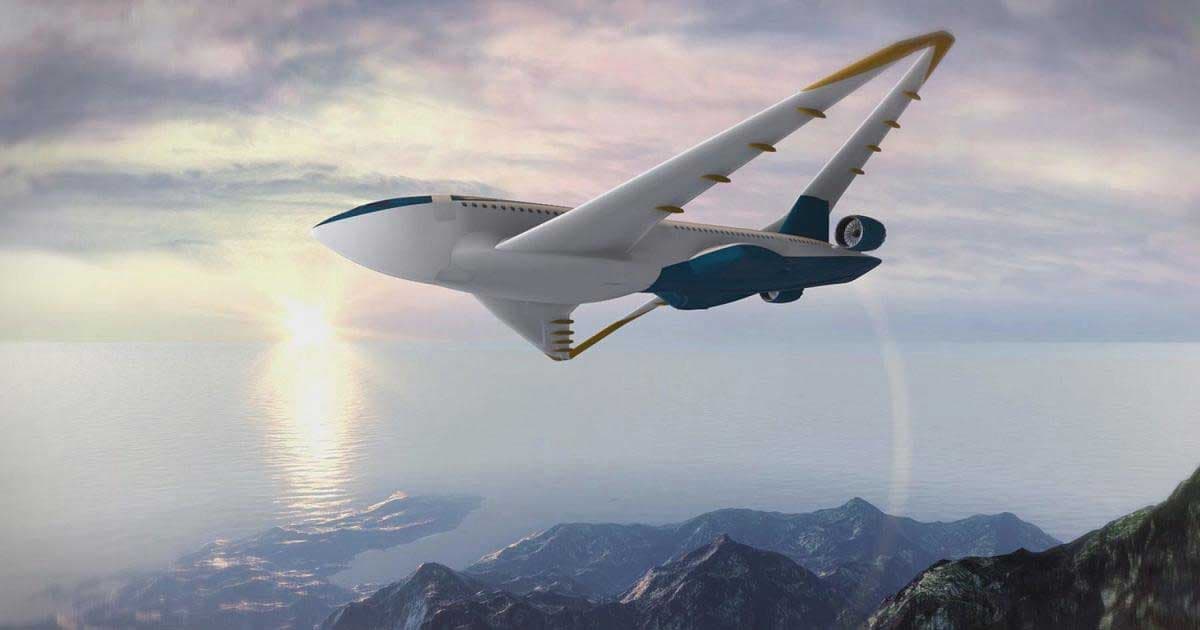 The PrandtlPlane moves one (small) step closer to reality.

The PrandtlPlane moves one (small) step closer to reality.

A futuristic, weird-looking airplane is moving one (small) step closer to reality.

In February 2017, the European Union agreed to invest 3 million euros into the creation of the PrandtlPlane, a novel aircraft designed to meet the air transportation needs of the future. Before sinking big bucks into building a full-scale version of the craft, though, the team at PARSIFAL — which is one stretch of an acronym, standing for "Prandtlplane ARchitecture for the Sustainable Improvement of Future AirpLanes" — built a scaled-down version of it.

On Monday, Futuris, a division of EuroNews dedicated to science and technology, published a video of the 1:50 scale prototype in action.

The PrandtlPlane's designers drew inspiration for the craft from an aerodynamic concept first suggested by Ludwig Prandtlin 1924. The key to the design is the PrandtlPlane's wings, which extend from the middle and rear of the plane to connect in the middle — almost as if the wings have holes in them.

According to the clip, this design allows the plane to consume less fuel while transporting 50 percent more people. As researcher Aldo Frediani notes in the video, that means this single craft could address two problems: plane-caused air pollution and a growing population of people who need to fly.

The PrandtlPlane still has a long road ahead before it'll be ferrying passengers across the skies, but the team at PARSIFAL is confident it'll eventually reach its destination.

"We are developing this plane to enter service by 2035: our design is based on technologies that either already exist or are currently being finalized," designer Gianfranco La Rocca told Futuris. "So it's certainly a futuristic plane, but not so futuristic as to remain nothing more than a pretty picture in a book."

READ MORE: "Futuris" Reaches for the Sky With the Wings of the Future [EuroNews]

More on airplane pollution: Want to Save the Environment? Experts Say You Should Stop Traveling.

Deadly Development
Whistleblower Says Boeing 787 Oxygen Masks Don't Work
11. 6. 19
Read More
Nose Dive
Pilots Were Worried About Boeing 737 Max Before Deadly Crash
3. 13. 19
Read More
Airplane Noise Can Be Reduced With a Simple Solution
3. 9. 18
Read More
+Social+Newsletter
TopicsAbout UsContact Us
Copyright ©, Camden Media Inc All Rights Reserved. See our User Agreement, Privacy Policy and Data Use Policy. The material on this site may not be reproduced, distributed, transmitted, cached or otherwise used, except with prior written permission of Futurism. Articles may contain affiliate links which enable us to share in the revenue of any purchases made.
Fonts by Typekit and Monotype.