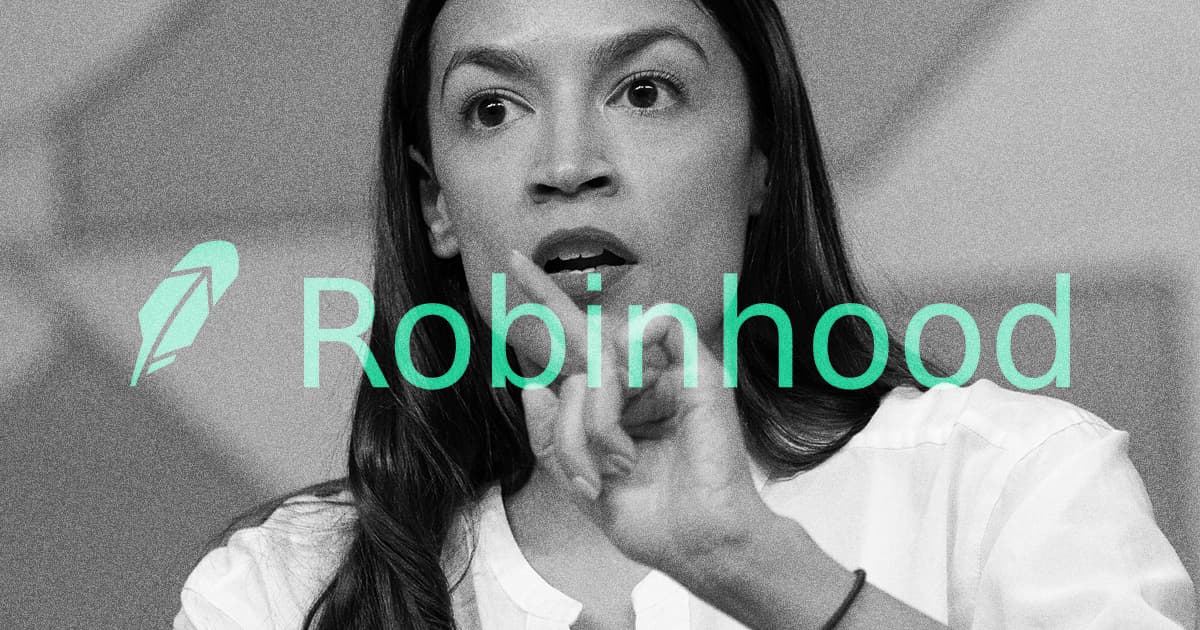 Politicians are up in arms after the stock trading app Robinhood and other online trading services blocked users from buying shares in companies including GameStop and AMC Entertainment Holdings.

The backstory: Redditors in the community Wall Street Bets chose a handful of companies, most prominently GameStop, to target with a campaign that pushed their stock value way, way up. In response, Robinhood cracked down on purchasing, according to Law & Crime, and even later automatically sold off users' shares, prompting outrage from the public and regulators alike.

After the news broke that Robinhood was allowing users to sell — but not buy — more of the shares in question, U.S. Representative Alexandria Ocasio-Cortez announced on Twitter that she would support an investigation into Robinhood's decisions.

"This is unacceptable," AOC tweeted. "We now need to know more about [Robinhood's] decision to block retail investors from purchasing stock while hedge funds are freely able to trade the stock as they see fit. As a member of the Financial Services [Committee], I’d support a hearing if necessary."

Other prominent figures and politicians, including Elon Musk — who had previously involved himself in the debacle — Representative Ro Khanna, and even Senator Ted Cruz rallied behind AOC's call to investigate.

"Inquiries into freezes should not be limited solely to Robinhood," AOC said in a follow-up tweet. "This is a serious matter. Committee investigators should examine any retail services freezing stock purchases in the course of potential investigations — especially those allowing sales, but freezing purchases."

More on the GameStop saga: Reddit Co-Founder: Wall Street Bets is a "Revolution"

Market Madness
Bill Gates Says He's Quite Concerned About the Global Economy
May 10
Read More
Brands We Love
Now Anyone Can Invest in Real Estate Thanks to This Innovative Online Platform
9. 7. 21
Read More
Brands We Love
This Real Estate Platform Lets Investors Save Time and Money Like Never Before
8. 19. 21
Read More
+Social+Newsletter
TopicsAbout UsContact Us
Copyright ©, Camden Media Inc All Rights Reserved. See our User Agreement, Privacy Policy and Data Use Policy. The material on this site may not be reproduced, distributed, transmitted, cached or otherwise used, except with prior written permission of Futurism. Fonts by Typekit and Monotype.