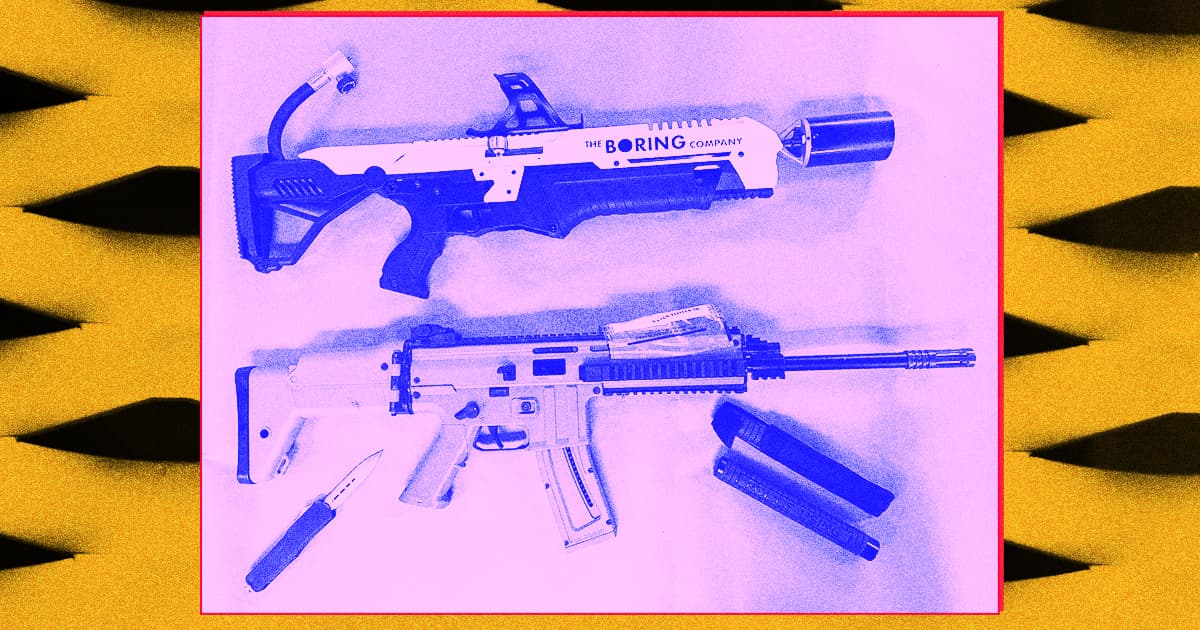 Come on, it's clearly named "Not-a-Flamethrower."

Come on, it's clearly named "Not-a-Flamethrower."

Police in London, Ontario seized a flamethrower made by an Elon Musk-led company during a drug bust on Tuesday, once again raising the question of whether or not the unusual devices are technically illegal weapons.

The cheekily-named Not-a-Flamethrower, a promotional item developed and sold by Elon Musk's tunnel-digging Boring Company, has languished in a legal gray area since its 2018 release. But those debates over technical legality and loopholes within the definitions of firearms don't seem to matter much, as Teslarati reports — the cops charged the device's owners all the same.

LONDON, ON (March 9, 2021) – On March 5, 2021, members of our LPS Street Gang Unit, with the assistance of members of our Emergency Response Unit, executed search warrants at addresses in the 600-block of Fieldgate Circle and the 300-block of Marconi Gate. https://t.co/TVQKLJxMUR pic.twitter.com/jCTcOyPPfJ

Anyone who's seen a Not-a-Flamethrower in action knows that its name holds up. It functions more like an unusually powerful lighter than an actual weapon, and its little torch certainly pales in comparison to an actual flamethrower's powerful stream of fire.

But the device, weapon, weapon-like device — whatever you want to call it — pops up in crime reports with unsurprising regularity. For example, an American was arrested for wielding one in Italy, and Massachusetts cops seized one during a traffic stop.

The Not-a-Flamethrower is already banned in some places, including New York State, but Teslarati argues that the device may technically be legal in Canada and that the Ontario police may have erred.

The argument relies on the fact that the device doesn't actually fire a projectile, which is one of the key components of Canada's definition of a prohibited firearm. The Ontario police listed the Not-a-Flamethrower as an actual flamethrower, so there's a chance some of the charges end up being dropped.

Charges for the cocaine, cash, assault rifle and assorted paraphernalia, though? Those may stick.

More on the "Not-a-Flamethrower": Elon Musk’s Flamethrowers are Here, And, Yes, People Are Already Using Them in Dumb Ways