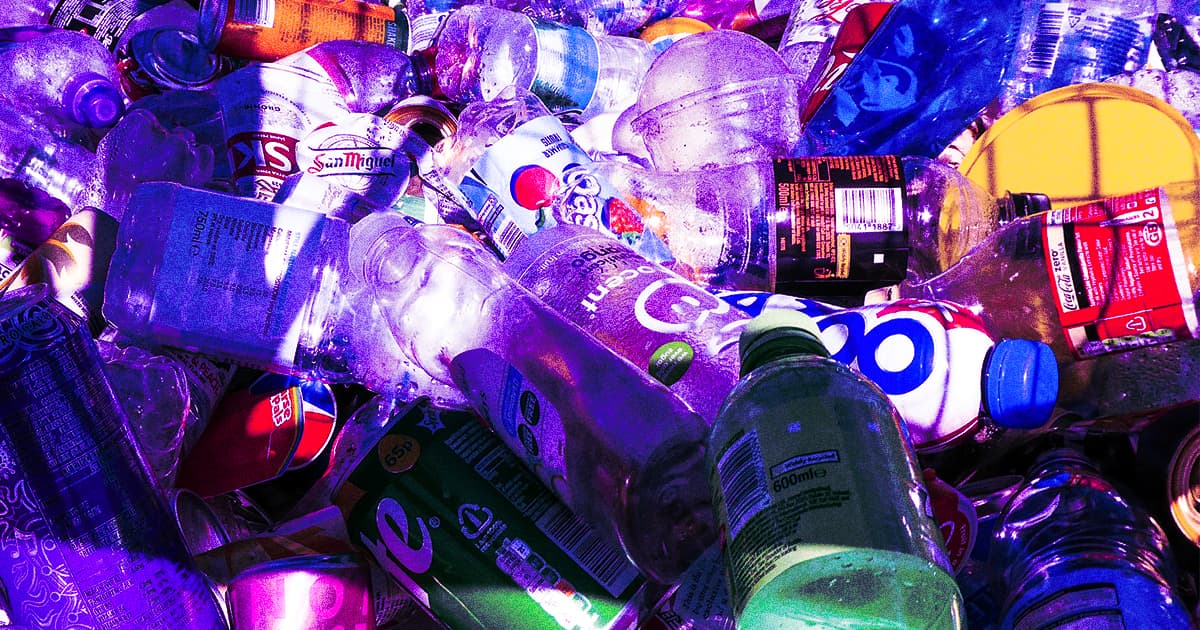 This could help solve our pollution and food scarcity problems.

This could help solve our pollution and food scarcity problems.

Heaps and heaps of plastic garbage are choking the planet. But thankfully, a scientist duo has an interesting new plan to tackle it: turning plastic garbage into fine cuisine, instead of throwing it into a dump or the ocean.

University of Illinois Urbana-Champaign bioengineer Ting Lu and Michigan Technological University biologist Stephen Techtmann won an award called the 2021 Future Insight Prize earlier this month for technology that they say can convert plastic waste into edible protein. As Zenger News notes, the tech could provide an answer to the seemingly endless churn of plastic production that, outside of the pandemic, hasn't slowed down in decades.

The tech itself relies on what Lu calls microbial synthetic biology, which essentially relies on gene-hacked microbes to break down the molecules of plastic garbage and turn them into protein. That may not sound like the most appetizing meal, but the end result is the same kinds of edible protein that you're already eating, regardless of where it came from. At that point, it's just a matter of what you do with it.

The team also has their eyes set on adjustments to their tech that will allow them to convert plastic to sources of fuel, according to Zenger.

"Environmental microbes are capable of catalyzing a wide array of chemical reactions, many of which may have industrial applications," Techtmann told the outlet. "My lab studies how complex microbial communities can cooperate to perform functions of industrial interest."

Circle of Life
Hooray! The Great Pacific Garbage Patch Has Become a Thriving Ecosystem, Scientists Say
5. 1. 22
Read More
Brands We Love
Cut Plastic Waste With a LastSwab Reusable Swab
8. 2. 20
Read More
Death by Plastic
Anti-Coke Lawsuit: "Plastic Is Set to Outweigh Fish in the Ocean"
3. 2. 20
Read More
+Social+Newsletter
TopicsAbout UsContact Us
Copyright ©, Camden Media Inc All Rights Reserved. See our User Agreement, Privacy Policy and Data Use Policy. The material on this site may not be reproduced, distributed, transmitted, cached or otherwise used, except with prior written permission of Futurism. Articles may contain affiliate links which enable us to share in the revenue of any purchases made.
Fonts by Typekit and Monotype.