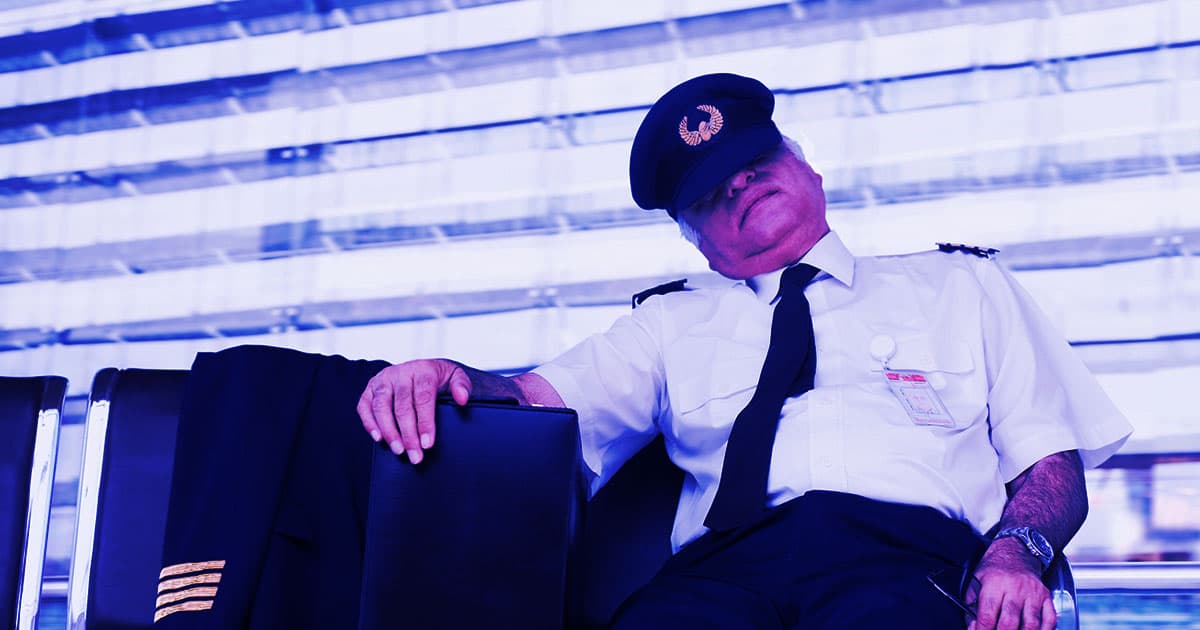 An Ethiopian Airlines Boeing 737-800 airliner failed to descend to the runway in the country's capital Addis Ababa — because the pilot was reportedly asleep.

Fortunately, the aircraft alerted the sleeping pilot with an alarm when the plane overshot its target, apparently waking him up. The pilot safely landed the aircraft without incident 25 minutes later than expected, CNN reports.

According to experts, it's a deeply worrying example of pilot exhaustion, which runs rampant in the airline industry. The news comes after the industry made a massive comeback following the COVID-19 pandemic — leading to widespread chaos as the spun-down industry struggled to keep up with demand.

Data from the airliner showed it overfly the runway during a flight on August 15. According to a statement by Ethiopian Airlines to CNN, "the flight later landed safely after communication was restored. The concerned crew have been removed from operation pending further investigation."

The airline also noted that "appropriate corrective action will be taken based on the outcome of the investigation."

It's not the first time a pilot took an unscheduled nap during a flight. In May, for instance, an Italian airline pilot was sacked after being accused of sleeping on the job.

"Pilot fatigue is nothing new, and continues to pose one of the most significant threats to air safety — internationally," tweeted aviation analyst Alex Macheras.

Pilots from US-based airlines warned executives earlier this year of the problem.

More on airline: The Future of Air Travel Is Apparently the Final Circle of Hell

High Speed Space Travel
Analysts: Rocket Jumps Between Earth Cities Could Smash Airlines
3. 20. 19
Read More
Fight!
AI Makes 1993 Video Game Look Photorealistic
2:26 PM
Read More
Worm Solutions
Scientists Intrigued by Worms That Break Down Plastic Really Fast
Yesterday
Read More
+Social+Newsletter
TopicsAbout UsContact Us
Copyright ©, Camden Media Inc All Rights Reserved. See our User Agreement, Privacy Policy and Data Use Policy. The material on this site may not be reproduced, distributed, transmitted, cached or otherwise used, except with prior written permission of Futurism. Articles may contain affiliate links which enable us to share in the revenue of any purchases made.
Fonts by Typekit and Monotype.