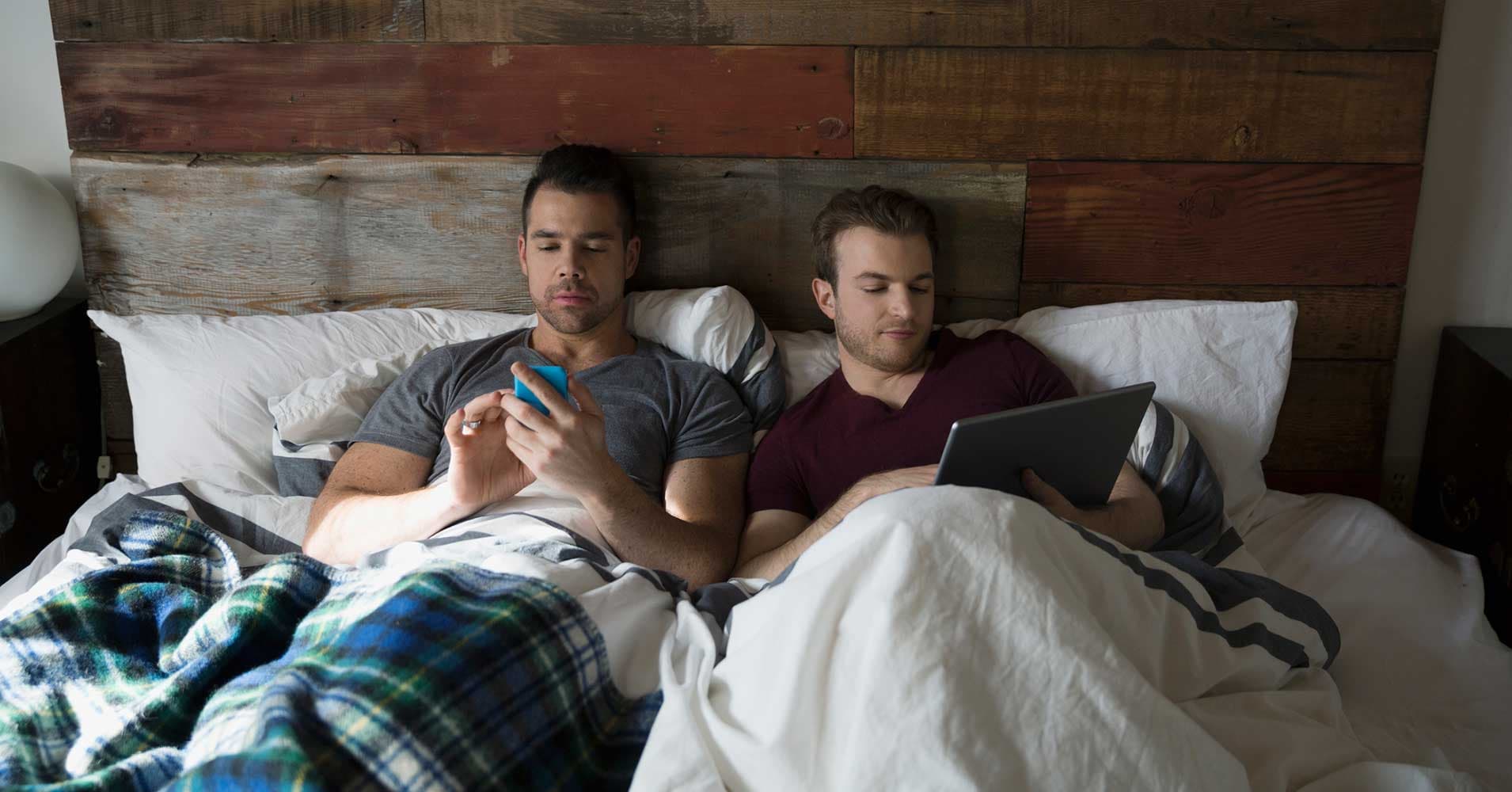 Phubbing: How Phones Pull You Away From Your Loved Ones

Partners and close friends top the list of who we ignore while checking our feeds.

Partners and close friends top the list of who we ignore while checking our feeds.

When it comes to smartphone etiquette, we tend to be pretty rude. Most of us — 62 percent according to a new Australian poll— have checked our phone in the middle of an in-person conversation.

The people we snub the most are romantic partners and close friends, according to The Conversation, perhaps because those relationships can survive the occasional rudeness in the form of phubbing — phone snubbing.

Aside from commuting and lunch breaks — honestly, we get it — the most common place people phubbed was in bed, scrolling Reddit or Twitter for hours before falling asleep next to their partner, according to the research, which will be published next month in the Proceedings of the International Conference on Information Systems.

And aside from frying your eyes by staring at a bright blue screen in a dark room, phubbing could be a serious detriment to your relationships. Research published in the journalPsychology of Popular Media Culture in 2016 suggests that cell phone use — texting your bud during dinner or tweeting during movie night — can harm personal relationships and personal well-being.

Of course, these findings alone aren’t enough to extrapolate the future of relationships. But all signs are pointing to the increasing presence of personal technology in our lives, especially our bedrooms, are getting in the way of human intimacy.

Next time, instead of scrolling Reddit for relationship horror stories, see if you can try and prevent your own.

READ MORE: Phubbing (phone snubbing) happens more in the bedroom than when socialising with friends [The Conversation]

More on smartphones: Musk: You’ll be Able to Remote Control Your Tesla Within 6 Weeks

Brands We Love
Get Help From a Mental Health Professional Without Leaving Your Home
1. 5. 21
Read More
Brands We Love
Couples Are Using Technology to Repair Their Struggling Relationships
7. 31. 20
Read More
Brands We Love
Give Your Relationship the Attention It Deserves With Online Couples Therapy
7. 11. 20
Read More
+Social+Newsletter
TopicsAbout UsContact Us
Copyright ©, Camden Media Inc All Rights Reserved. See our User Agreement, Privacy Policy and Data Use Policy. The material on this site may not be reproduced, distributed, transmitted, cached or otherwise used, except with prior written permission of Futurism. Fonts by Typekit and Monotype.