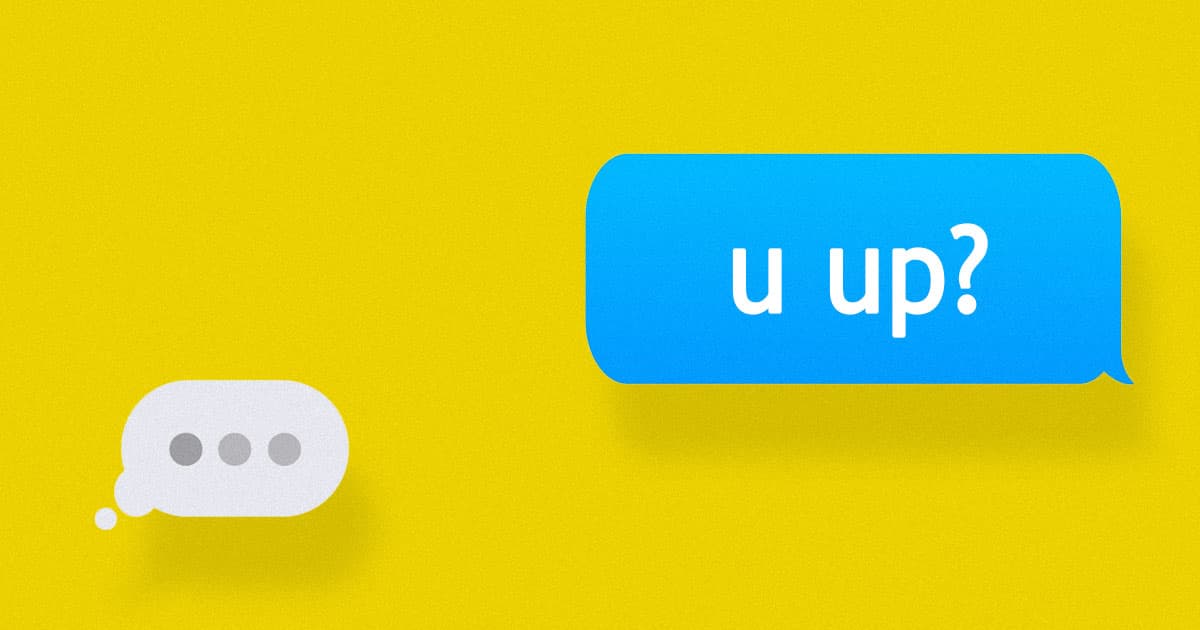 People Are Suddenly Getting Texts From Last Valentine's Day

An IT glitch resulted in the delayed delivery of 168,149 texts.

An IT glitch resulted in the delayed delivery of 168,149 texts.

If you received an unexpectedly romantic text from your SO — or an ex — early Thursday morning, it wasn't because they guzzled some Love Potion No. 9.

A glitch by third-party text platform Syniverse resulted in the delayed delivery of thousands of messages originally penned in February, including texts intended for Valentine's Day — and even some from people who are now deceased.

Syniverse confirmed in a statement to The Washington Post that regular maintenance by its IT staff caused 168,149 previously undelivered messages to finally go through Thursday morning.

The strange glitch affected a range of devices operated by several carriers, including Sprint, T-Mobile, AT&T, and Verizon.

"We apologize to anyone who was impacted by this occurrence," William Hurley, Syniverse’s chief marketing and product officer, said in the statement. "While the issue has been resolved, we are in the process of reviewing our internal procedures to ensure this does not happen again, and actively working with our customers’ teams to answer any questions they have."

Although the texts were from February, they weren't limited to Valentine's Day messages, obviously. Samantha Majorczak, a college student from Arizona, wrote on Twitter that she received a text from her dad, who had died in March.

"I immediately started crying," she told The Washington Post. "He used to text me every morning, and after going eight months without any messages, I was in complete shock."

More on texting: Can an AI Scan Your Messages to Detect if Someone's Flirting?

Brands We Love
Stop Phone Scammers, Text Spammers, and Robocalls Once and for All With Uncall
5. 21. 20
Read More
Brands We Love
These Unique, High-Tech Valentine's Day Gifts Will Spice Up Your Love Life
2. 11. 20
Read More
It's Good, Actually
Elon Says a Recession Would Be a "Good Thing"
3:24 PM
Read More
+Social+Newsletter
TopicsAbout UsContact Us
Copyright ©, Camden Media Inc All Rights Reserved. See our User Agreement, Privacy Policy and Data Use Policy. The material on this site may not be reproduced, distributed, transmitted, cached or otherwise used, except with prior written permission of Futurism. Fonts by Typekit and Monotype.