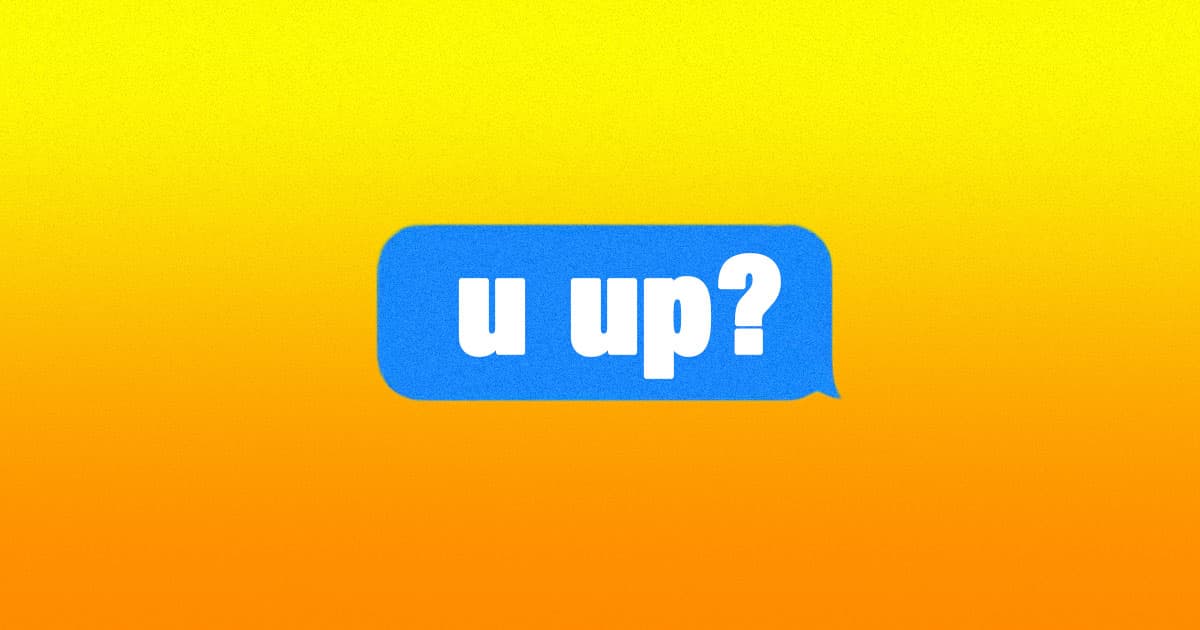 The Clippy Of Dating

Can an AI Scan Your Messages to Detect if Someone's Flirting?

Finally, AI to help the oblivious flirters of the world.

Finally, AI to help the oblivious flirters of the world.

For those who can never tell when someone's flirting, some new AI apps might be able to help.

Apps are popping up to help romantics determine whether they're actually compatible with a prospective partner, according to Wired. But using AI to scrutinize texts is a risky move, since reading comprehension is historically one of AI's weaker subject areas — a problem Wired's Arielle Pardes ran into when she took the tech for a spin.

One app, called Mei, analyzes text conversations and provides a "compatibility score" with a potential mate. Pardes' experience testing out the app yielded some off-base results — it was pretty good at determining when people were clearly incompatible, but seemed to overlook messages that Pardes described as "R-rated."

Mei developer Es Lee told Wired that he wanted to help people pick up on the subtext of messaged conversations by training an algorithm on thousands of texts that were annotated to clarify what people were really saying.

Another app, called Keigo, maps compatibility based on Meyers-Briggs personality types, according to Wired. Managing Director Teemu Huttunen told the magazine that the app could help people navigate all their interactions, romantic or not. Based on their tweets, Keigo told Pardes that she and Oprah Winfrey would probably be buds.

"To be honest, we were hoping that people would use this in other forms than just dating," Huttunen said, "but the dating one is the most obvious."

More on AI Romance: Here's Where You Can Flirt With a Sexting AI Called Slutbot