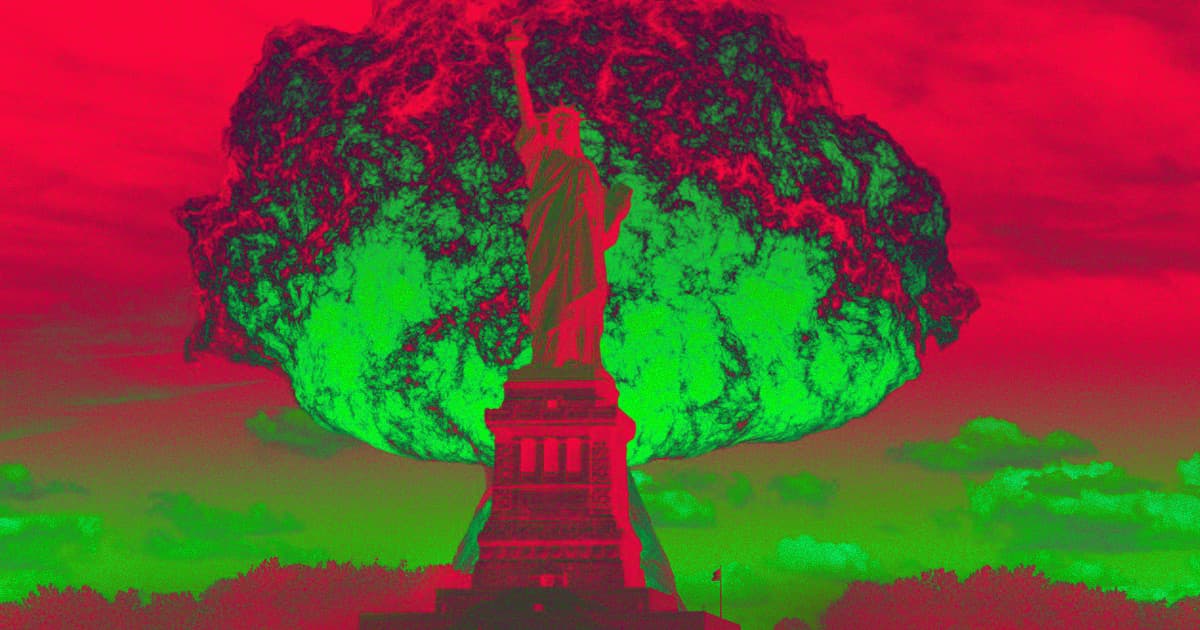 The Pentagon Just Simulated a Nuclear War With Russia

It's common for the military to simulate nuclear conflicts — but not to publicize them.

It's common for the military to simulate nuclear conflicts — but not to publicize them.

The Pentagon performed a training exercise last week in which it simulated a nuclear exchange with Russia, according to National Defense Magazine.

"They attacked us with a low-yield nuclear [warhead], and in the course of the exercise we simulated responding with a nuclear weapon," an official told the magazine under condition of anonymity.

It's common for the Pentagon to walk through simulated conflicts in order to fine-tune its official response, according to National Defense — but it's unusual to publicize the simulations.

National Defense contextualized the exercise as part of the Trump administration's efforts to modernize the military's nuclear stockpile and, chillingly, prepare to use it.

"The other side is building their nuclear weapons up, modernizing their stockpiles, and so this [U.S. modernization effort] is just a sensible response to that," the anonymous official said.