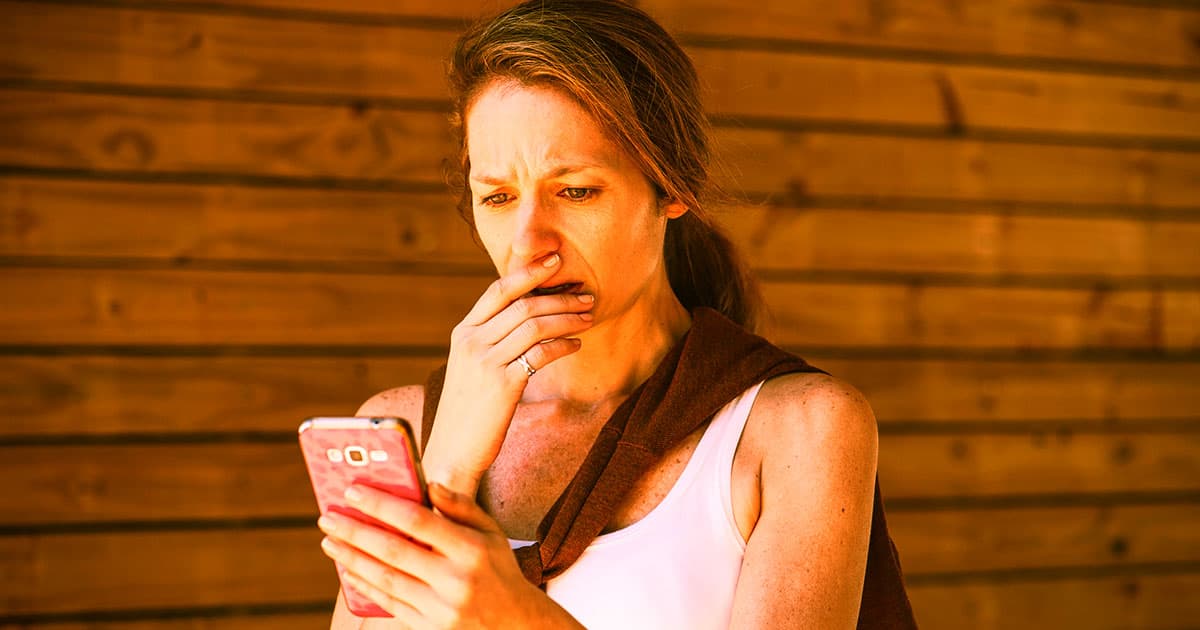 Users of the popular parent-teacher app Seesaw were in for a truly shocking surprise this week. The app was reportedly hacked by bad actors, who used the tech's messaging feature to send horribly explicit, NSFW memes to unassuming parents.

"DO NOT OPEN ANY 'BITLY' LINKS sent in Seesaw as a message from another school family," read one Illinois school district's warning message. "DELETE THE MESSAGE IMMEDIATELY without opening as it contains inappropriate content."

NOTE: D20's Seesaw account was hacked Wed 9/14 am. DO NOT OPEN ANY "BITLY" LINKS sent in Seesaw as a message from another school family. DELETE THE MESSAGE IMMEDIATELY without opening as it contains inappropriate content. Seesaw is working to resolve this issue. #esd20learns

According to NBC News, the hack occurred on Wednesday morning, when parents in many different states started flagging the offensive message to their school districts. For gravitas' sake, we should probably inform you that the message sent was sphincter-forward "goatse" meme. (We will not link.)

"Um ???" one recipient of the arresting image wrote in a group chat, according to Vice.

Breaching Seesaw is no small dice — per its website, the app is used in over 75 percent of American school districts, and hosts roughly 10 million users every month. In a statement to NBC, Seesaw representatives confirmed that individual accounts — rather than the tech's administrative suite — were breached.

Basically, the hackers were able to obtain some username and password information, then take over a number of user profiles and use them to send the offensive messages.

All in all, this is a pretty open-and-shut cybersecurity case. Our sincerest apologies to any parents or teachers who received this classic Internet shock-spon, but in the spirit of all that Seesaw represents, we'd like to turn this into a cybersecurity learning moment: for the love of all things holy, please don't click any random links, and use a password manager, strong passwords, and two-factor authentication.

"Seesaw Messages is back up and running for all users," Seesaw tweeted earlier today, adding a blue emoji heart. As you might expect from users of a parent-teacher app, the announcement's first response was someone asking for technological assistance.

Going Wireless
Hackers Took Over a Subdomain of Wired.com for Several Months and Replaced It With Sleazy Online Casino Content
Wednesday
Read More
Break Out in Hives
Twitter Competitor Shuts Down App When It Turns Out Hackers Can Read Users' Private Messages
12. 1. 22
Read More
Sobering News
Ukrainian Hackers Allegedly Cut Off Russian Soldiers' Beloved Vodka Supply
5. 7. 22
Read More
+Social+Newsletter
TopicsAbout UsContact Us
Copyright ©, Camden Media Inc All Rights Reserved. See our User Agreement, Privacy Policy and Data Use Policy. The material on this site may not be reproduced, distributed, transmitted, cached or otherwise used, except with prior written permission of Futurism. Articles may contain affiliate links which enable us to share in the revenue of any purchases made.
Fonts by Typekit and Monotype.