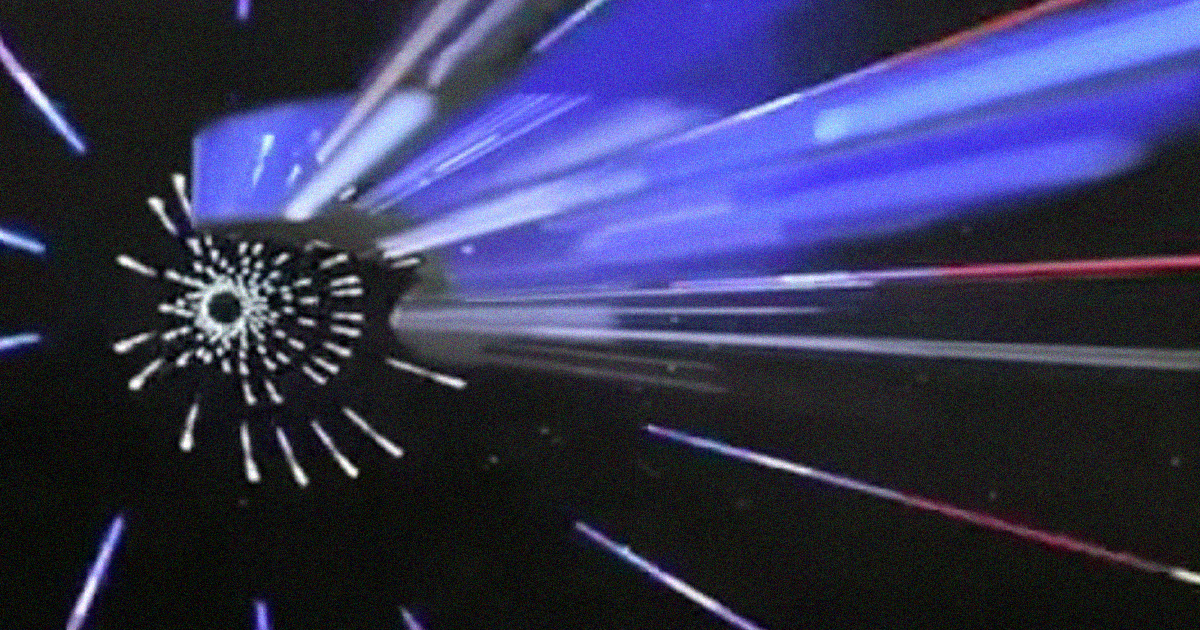 The new model relies on conventional physics to achieve warp speed — and that's a big deal.

The new model relies on conventional physics to achieve warp speed — and that's a big deal.

A new study claims that "warp drive" technology — a mechanism popularized by "Star Trek" that would allow for faster-than-light (FTL) travel — might be more feasible than previously thought.

Dr. Erik Lentz, an astrophysicist at Göttingen University in Germany, published a paper in the peer-reviewed journal Classical and Quantum Gravity asserting that FTL speed is possible using conventional physics, Popular Mechanics reports. This goes against the previously proposed theories of warp drive technology that relied on undiscovered, exotic matter for power.

"This work has moved the problem of faster-than-light travel one step away from theoretical research in fundamental physics and closer to engineering," Lentz said in a statement.

Let's put this in perspective: If you used the fastest rocket on Earth to travel to Proxima Centauri, the nearest star to our solar system besides the Sun, it would still take you more than 50,000 years just to get there. That's a helluva lot of podcasts to listen to on one road trip.

However, if you traveled the same journey using an FTL warp drive, it would take you just two to three years.

A warp drive would work by bending the fabric of spacetime around a spaceship to allow it to travel at FTL speeds. Existing theoretical models for warp drives would require "negative energy" — and it's not clear whether that even exists.

That’s precisely why Lentz's model is so exciting. If we can rely on currently known physics to reach FTL speeds, it becomes all the more possible.

"The next step is to figure out how to bring down the astronomical amount of energy needed to within the range of today's technologies, such as a large modern nuclear fission power plant. Then we can talk about building the first prototypes," Lentz said.

Futurism recently covered another study, also published in Classical and Quantum Gravity, from a startup called Applied Physics. Like Lentz, they suggest that warp drives could be "constructed on the physical principles known to humanity today."

Of course, there's still a lot scientists need to figure out before we can start booking tickets to nearby stars. But we’re getting tantalizingly close to finally living out our USS Enterprise dreams. (Fingers crossed we don’t run into any Borgs while we’re out there.)

More on warp speed: Is This Startup Working on an Actual Warp Drive?

Warp Zone
Is This Startup Working on an Actual Warp Drive?
3. 11. 21
Read More
Weird Science
The U.S. Secretly Funded Research on UFOs, Wormholes, and Warp Drives
1. 18. 19
Read More
China Claims They Have Actually Created an EM Drive
9. 20. 17
Read More
+Social+Newsletter
TopicsAbout UsContact Us
Copyright ©, Camden Media Inc All Rights Reserved. See our User Agreement, Privacy Policy and Data Use Policy. The material on this site may not be reproduced, distributed, transmitted, cached or otherwise used, except with prior written permission of Futurism. Articles may contain affiliate links which enable us to share in the revenue of any purchases made.
Fonts by Typekit and Monotype.