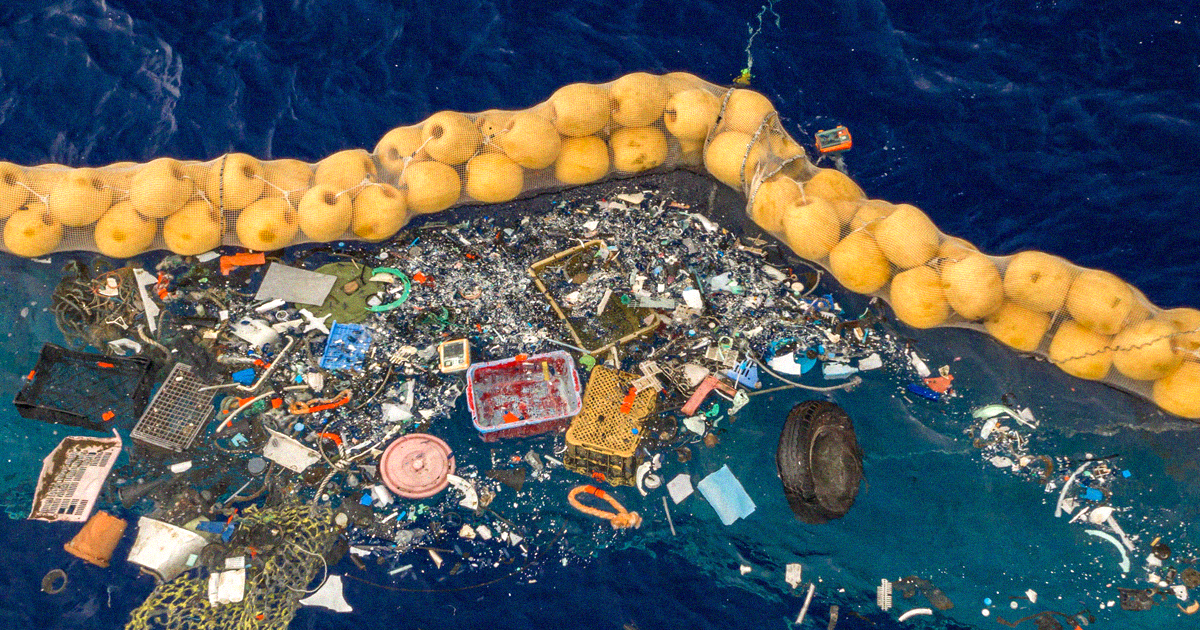 What do we do now?

What do we do now?

The more we learn about the Great Pacific Garbage Patch — that unappealing soup of mostly-tiny, partially submerged plastic particles stuck in a gyre of ocean currents — the less we seem to know.

Last week, a nonprofit called The Ocean Cleanup published a study in the journal Scientific Reports finding that surprisingly, the horrid patch doesn't appear to be comprised mainly of plastic straws and other common targets of anti-plastic sentiments. Instead, in a window on the destructive power of the global fishing industry, they found that the majority of the flotsam appears to have come from fishing nets and ropes.

"This comprehensive analysis revealed that roughly a third of the items were unidentifiable fragments," the org said in a statement about its work. "The other two-thirds was dominated by objects typically used in fishing, such as floats, buoys, crates, buckets, baskets, containers, drums, jerry cans, fish boxes, and eel traps."

The findings support activists' claims that holding corporations, not individuals, accountable for pollution is a far more effective way to prevent trash ending up in the ocean.

It's also worth noting that not everybody is on board with The Ocean Cleanup's methods, and some scientists have said in the past that their plastic collections methods were ineffective — not to mention that its ships burn fossil fuels, meaning they're contributing to another type of environmental destruction.

With such a giant problem to solve, there are sure to be disagreements on methodology. But if the group is right about commercial fishing destroying natural habitats, at least it's discovery new information that could be used to inform sensible anti-pollution policy.