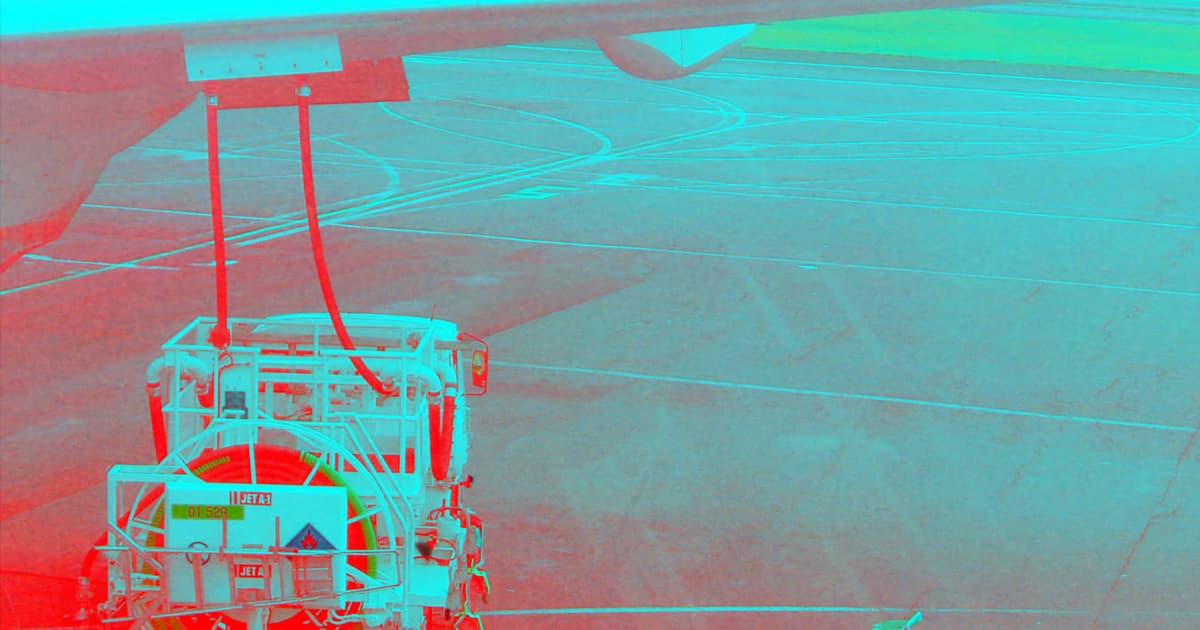 "This does look different, and it looks like it could work."

"This does look different, and it looks like it could work."

A team of scientists from the University of Oxford has made an unusual development in the push for clean energy: Turning carbon dioxide back into jet fuel.

The technology, Wired reports, could help reduce the aviation industry's massive impact on the environment, both by helping prevent carbon dioxide pollution by feeding emissions into the system and by cleaning up the jet fuel manufacturing process. But there's still a scale problem with the research, which was published Tuesday in the journal Nature Communications: It's only ever worked in the lab and produced a few grams of fuel.

That said, the urgency of the problem and the fact that the science works — albeit at a tiny scale — justifies the work to scale of the technology, study coauthor and Oxford chemist Tiancun Xiao told Wired. Xiao suggests that a jet fuel plant positioned right next to a power plant could make use of its carbon emissions instead of letting them escape into the air.

"Climate change is accelerating, and we have huge carbon dioxide emissions," Xiao said. "The infrastructure of hydrocarbon fuels is already there. This process could help relieve climate change and use the current carbon infrastructure for sustainable development."

That would clean up those factories, but it wouldn't incentivize them to stop burning fossil fuels in the first place, Oskar Meijerink, project lead for future fuels at SkyNRG told Wired.

The better use for this sort of system would be to try and suck existing carbon dioxide out of the atmosphere, Meijerink, who didn't work on the system, suggested. But specific uses aside, the system shows promise, University of Dayton engineer Joshua Heyne, who also didn't work on the project, told Wired. That is, assuming it scales.

"This does look different," Heyne said, "and it looks like it could work."