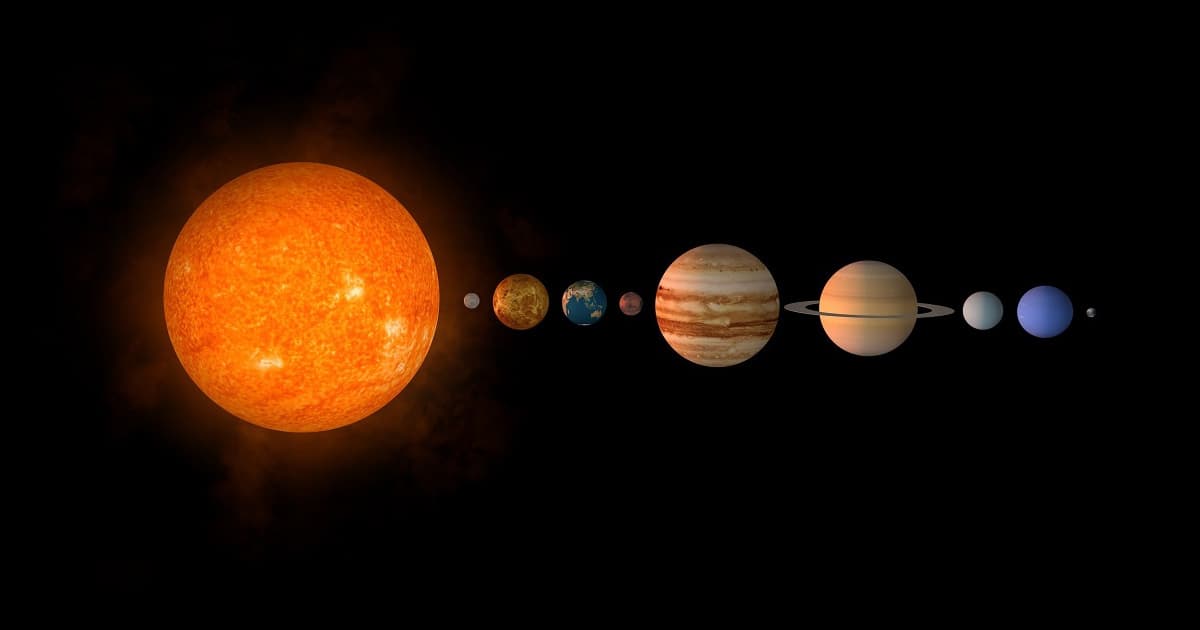 Eventually, Other Stars Will Steal our Solar System's Planets

Our Sun can't hold onto us forever.

Our Sun can't hold onto us forever.

Billions of years from now, the Sun will lose the ability to keep the planets of our solar system — and one by one, they'll leave the nest.

It's common knowledge that the Sun will eventually exhaust its fuel supply and expand into a red giant. The aging beast will engulf Mercury, Venus, and likely Earth and Mars as well. But now Universe Today reports that scientists have predicted the fate of the outer planets as well. In short, most will float away toward greener pastures.

When the Sun expands, it will also lose about half its mass — making its gravitational hold on its planets significantly weaker. That means any surviving planets will orbit farther away from the Sun, making them more susceptible to the influence of other celestial bodies.

It will likely be a series of "stellar flyby interactions," in other words, that gradually pull them away into other solar systems or simply beyond the reach of our Sun's gravity well, concludes research published in The Astronomical Journal.

To clarify, the University of California, Los Angeles researchers behind the study don't suggest that new stars will sidle up to our solar system's gas giants and swoop them away. Rather, countless flybys over billions of years will gradually perturb the planets' orbits until they're completely detached from the solar system.

This is all billions of years away, though. As Universe Today notes, the solar system and galaxy could look drastically different before these predictions come to fruition — especially after the Milky Way merges with Andromeda.

More on the solar system: In Its Dying Gasp, Our Sun Will Obliterate the Asteroid Belt