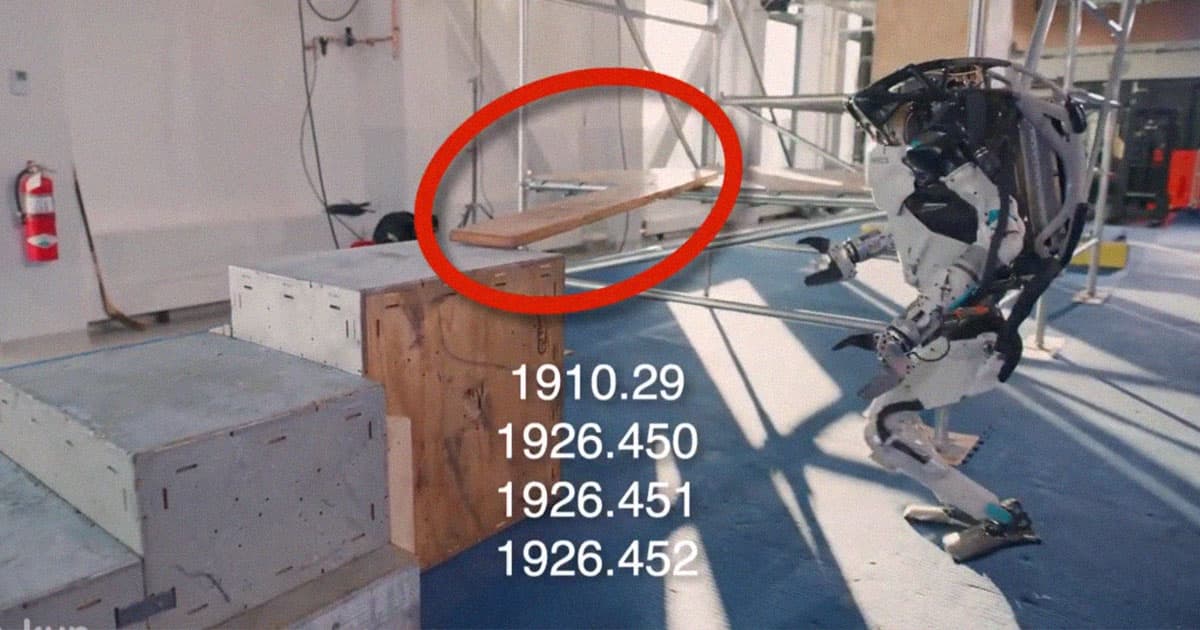 Last week, we watched as Boston Dynamics' bipedal robot Atlas deftly threw an entire bag of tools to a human construction worker who was standing on top of some scaffolding.

While it was an impressive display of strength and agility, it now sounds like the video showed over a dozen Occupational Safety and Health Administration (OSHA) regulations, problematizing a pathway for Atlas to join a safe, professional work environment.

Inspired by a meme posted by voice actor Zane Schacht, another user who goes by the name Hacer took it upon himself to highlight each of Atlas' OSHA infractions in an annotated video.

Sure, Boston Dynamics' video was almost certainly painstakingly set up with the purpose of showing off Atlas' navigation prowess, and Atlas isn't exactly required to wear steel-toed boots or a hard hat.

But the company intentionally chose a construction zone as the setting, featuring scaffolding and tools, meaning that it probably should've at least done its homework and shown Atlas complying with safety regulations like any of its human counterparts.

Boston dynamics initially didn't respond to a request for comment, but the company's VP of policy and government relations Brendan Schulman later reached out on Twitter.

"This was an amusing video for sure, but those shoes are actually composite toe shoes and fully compliant," he said, specifying that the footwear depicted in the video were OSHA-compliant Timberland Pros. "Should I be speaking with someone about how OSHA rules may apply to the amazing robots of the future?"

Though he declined to get into the other issues addressed in the video, Schulman argued that the point of the robot is to do work where a human could get injured.

"Never heard of OSHA applying to robots," he added. "Indeed, robots are used to keep people away from dangerous conditions."

In the original video, titled "Atlas Gets a Grip," Boston Dynamics set up a baffling and clearly unsafe obstacle course for its robot, ranging from a haphazardly placed piece of lumber to a giant wooden crate standing on top of the scaffolding.

As Hacer points out, the lumber leaning on a table saw amounts to a failure of providing "sufficient safe clearances" for passageways.

Atlas' careful tightrope-walking across that piece of lumber violated four OSHA rules alone according to the video, including failure to ensure fall protection, provide guardrails, or a walkway that is at least 18 inches wide.

Of course, having Atlas haphazardly chuck a bag of tools to the human worker also broke plenty of rules, including a failure to ensure "the safe condition of tools and equipment used by employees."

In short, Atlas would likely be fired immediately if OSHA were to inspect its work site — which doesn't exactly instill confidence in Boston Dynamics' attempts to enter the construction industry with its robotic assistant.

More on the video: Watch a Boston Dynamics Robot Deftly Toss a Bag of Tools