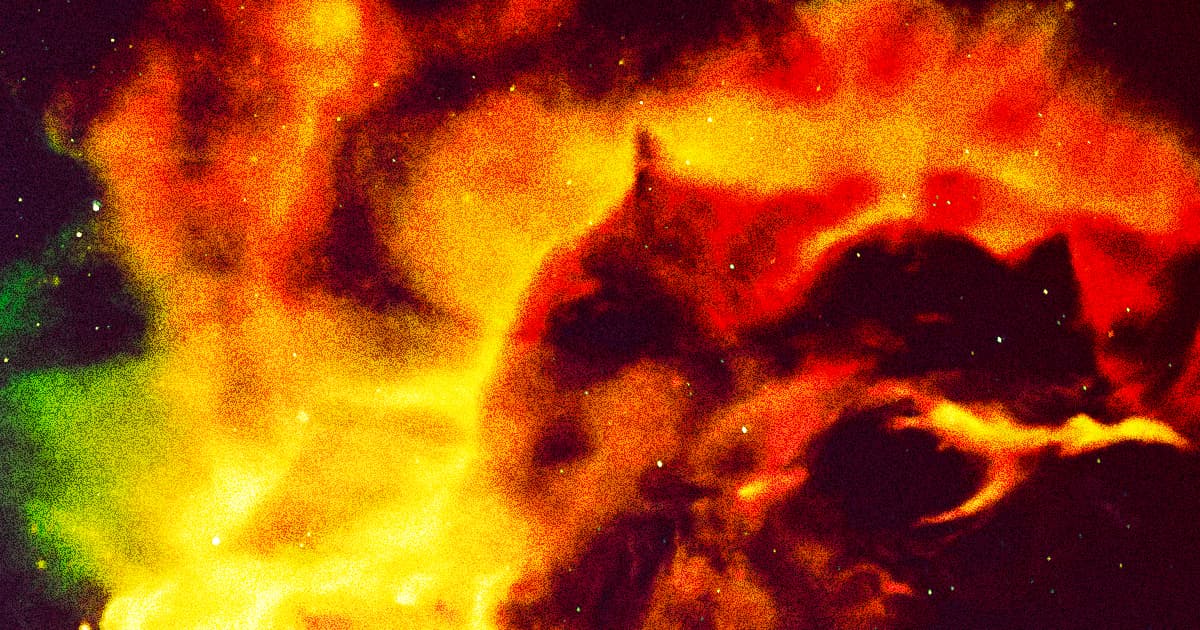 They didn't think that kind of organic chemistry was possible.

They didn't think that kind of organic chemistry was possible.

Astronomers looking at the radio signals given off by distant planetary nebulae — the powerful shockwave given off by stars similar to our Sun as they enter their death throes — were caught by surprise when they found complex and even organic molecules coming from the wreckage.

Previously, scientists didn't think that any organic compounds — any molecule that contains carbon atoms — could survive a planetary nebula's powerful radiation, and especially not in such far reaches of the galaxy, according to a press release. But the University of Arizona researchers spotted radio emissions associated with three different organic molecules in five different planetary nebulae within the Milky Way, according to research that was presented on Tuesday at a meeting of the American Astronomical Society.

The fact that organic compounds can actually survive these violent stellar outbursts — which provide about 90 percent of the matter found in interstellar space — is a huge deal for what we understand about planetary formation.

"It was thought that molecular clouds which would give rise to new stellar systems would have to start from scratch and form these molecules from atoms," lead study author and Arizona chemist and astronomer Lucy Ziurys said in the release. "But if the process starts with molecules instead, it could dramatically accelerate chemical evolution in nascent star systems."

The planetary nebulae in question were well outside what astronomers assumed to be the Milky Way's Galactic Habitable Zone, a region including our solar system, in which it's theoretically possible for life to survive.

"Scientists have wondered about the extent of organic chemistry in our galaxy for a long time, and it was always thought that not too far beyond our sun, we're not going to see a lot of organic molecules," study coauthor Lily Koelemay said in the release. "The widely held assumption was that in the outskirts of our galaxy the chemistry necessary to form organics just doesn't occur."

Of course, the presence of carbon molecules is extremely far removed from the presence of life. But assuming that the work holds up, astronomers may need to update their assumptions about the cosmos and just how survivable it is elsewhere in the galaxy.

More on planetary nebulae: See What Astronomers Are Calling "The Last Breath of a Dying Star"