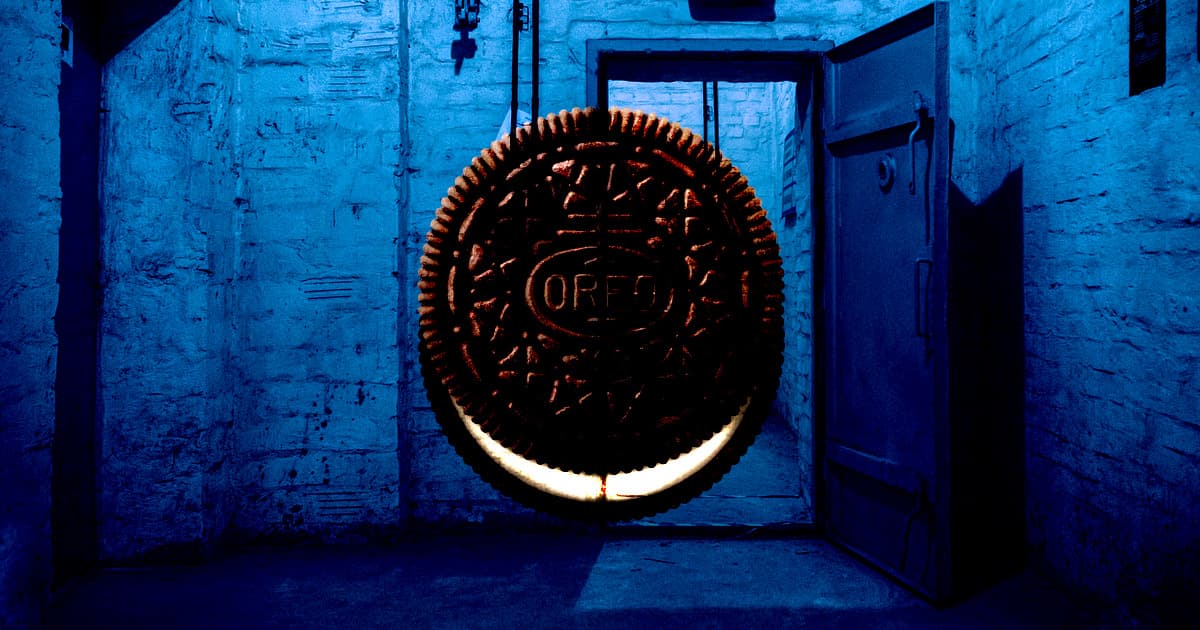 Snacks for the end of days.

Snacks for the end of days.

In a dazzling demonstration of a company having its priorities in order, Oreo says it built a concrete vault in Norway to protect its cookies from the apocalypse.

Specifically, CNET reports, the stunt is a response to the "Election Day asteroid" scheduled to pass near Earth on November 2. Nevermind that the asteroid poses absolutely no danger to anyone on Earth — there are cookies to save! And, well, a marketing opportunity to be leveraged.

In a promotional video full of dramatic performances one might expect from a disaster film, Oreo explains that the idea came from someone who tweeted at the brand asking who would save the Oreos in the event of an asteroid impact.

Now, according to the video, the small concrete bunker — which took inspiration from other doomsday shelters in the area including the Seed Vault — holds a stockpile of the iconic cream-filled cookies and a copy of the recipe.

"As an added precaution, the Oreo packs are wrapped in mylar, which can withstand temperatures from -80 degrees to 300 degrees Fahrenheit and is impervious to chemical reactions, moisture and air, keeping the cookies fresh and protected for years to come," Oreo announced, per CNET.

Needless to say, the Oreos will be just fine inside the shelter. And the rest of us will probably be okay, too.

As CNET reports, the "Election Day" asteroid has a 0.41 percent chance — that's one in 244 — of even grazing the Earth's atmosphere. And even if it does, it will quickly and safely disintegrate before it even comes close to hurting anyone.

More on doomsday vaults: GitHub Just Sealed All Its Open Source Code in an Apocalypse-Proof Vault

Norway's "Doomsday" Seed Vault Is Getting a $13 Million Upgrade
2. 24. 18
Read More
Norway Just Added 50,000 More Seeds to Its "Doomsday Vault"
2. 23. 17
Read More
His Power
Scientists Develop Compound That Kills So Efficiently They Named It After Keanu Reeves
Yesterday
Read More
+Social+Newsletter
TopicsAbout UsContact Us
Copyright ©, Camden Media Inc All Rights Reserved. See our User Agreement, Privacy Policy and Data Use Policy. The material on this site may not be reproduced, distributed, transmitted, cached or otherwise used, except with prior written permission of Futurism. Articles may contain affiliate links which enable us to share in the revenue of any purchases made.
Fonts by Typekit and Monotype.