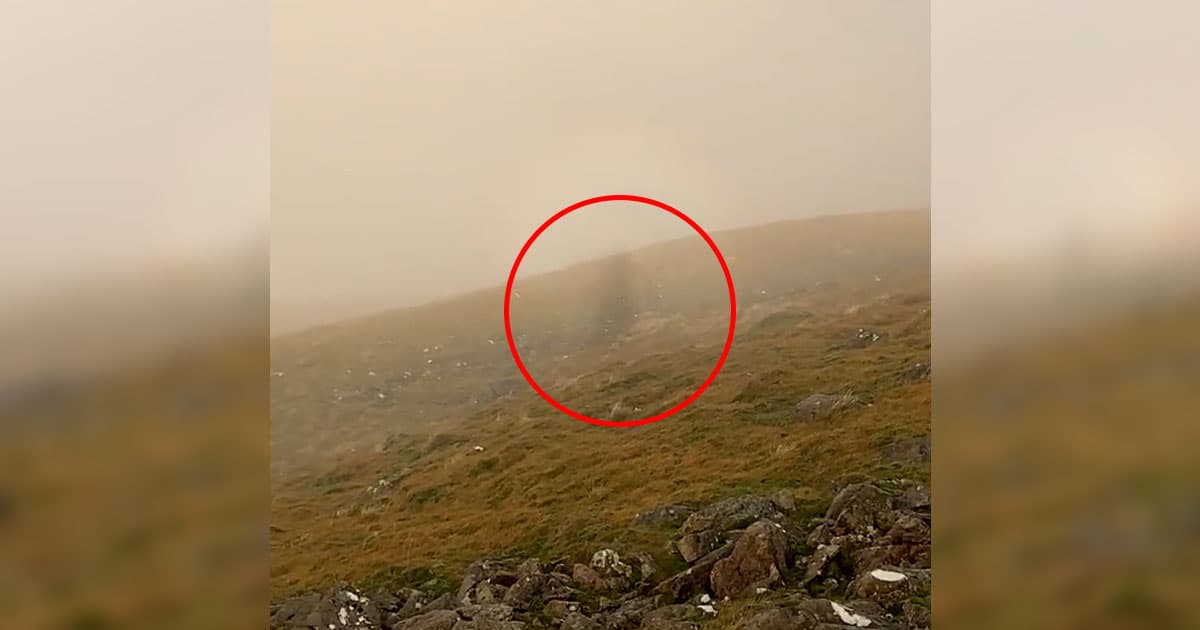 Ghost in the Fog

Thanks to a rare and trippy optical illusion, the sensation of being followed may not be just in your head after all.

In a viral video shot on a picturesque nature hike, an otherworldly shadow figure is seen tailing the cameraperson. A faint rainbow halo is seen around the figure, which looks more like something from a 1950s sci-fi film than something shot on a camera phone in 2022.

"Creepy to see it out of the corner of my eye," hiker Chris Randall wrote in his post, "and think it was someone else moving."

My first Brocken Spectre. Creepy to see it out the corner of my eye and think it was someone else moving pic.twitter.com/j38PhwGZqE

As Randall noted in the tweet, he'd seemingly experienced his first "Brocken Spectre" — a mind-bending optical illusion that occurs on misty days when the Sun casts a shadow of a person (or plane) onto the fog, causing the shadow to be both magnified and take on a rainbow halo.

Named for the German mountain range where they were first describedby scientist Johann Silberschlag in the 18th century, these ghostly visages have long fascinated visitors to misty locales. Mythology surrounds these specters everywhere they're seen, from Scotland's Big Grey Man to what is called "Buddha's Light" in China.

These specters, it should be noted, are pretty to easy to create while hiking and have become something of a viral sensation themselves in the social media era.

Given that it was posted on a site that may soon itself become a ghost, however, makes this unmanufactured and very creepy Brocken spectre all the more poignant.

More optics: Argh! This Optical Illusion Makes You Feel Like You're Falling Into a Black Hole