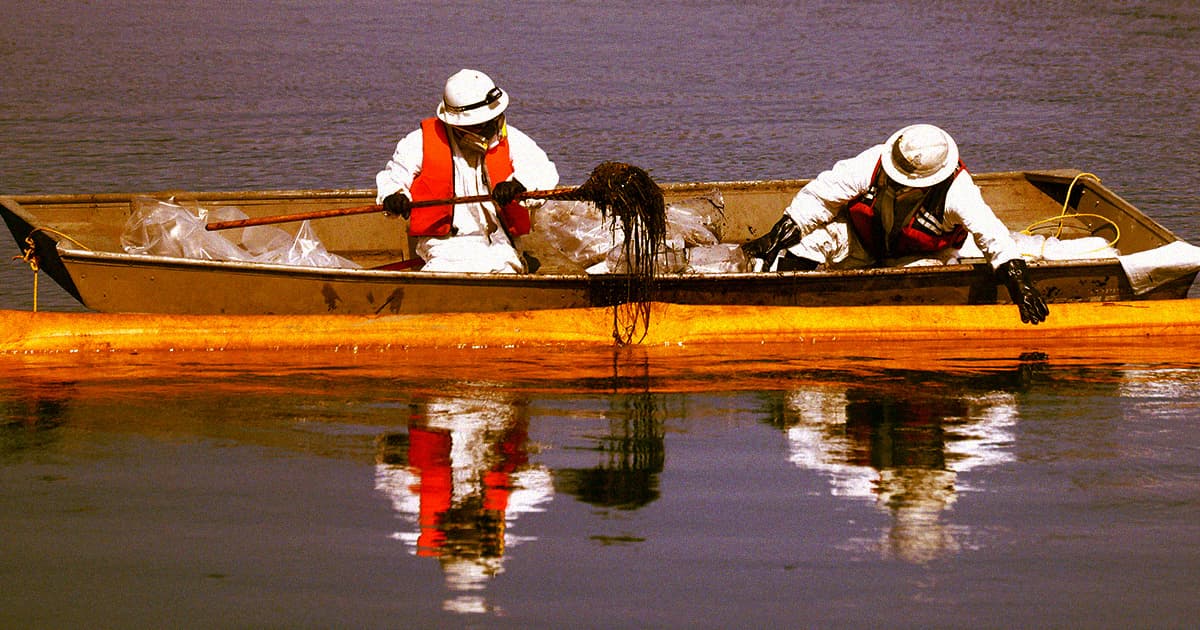 What was the holdup?

What was the holdup?

Last weekend, a leak in an oil pipeline off the coast of Orange County, California spilled about 144,000 gallons of crude oil into the ocean and onto beaches and wetlands.

The leak already prompted California officials to declare a state of emergency in the area and launch a criminal investigation. Now, NBC News reports that a lot of the damage could have been avoided altogether. Beta Offshore, the subsidiary of pipeline owner Amplify Energy Corp. that actually operates the timeline,waited for hours to shut it down, even after it got an alert warning them about the leak. It's a damning — and baffling — revelation about an environmental catastrophe that will inevitably cause untold ecological damage.

For now, investigators suspect that a ship's anchor struck the pipeline and tore it open or perhaps hooked and dragged a piece of it away. Apparently, anchor strikes are common, NBC reports, though rarely to such devastating ends. Regardless of what happened, new records show that the pipeline operators were severely delayed in their response.

The operators received an alert warning about low pressure in the pipeline at 2:30 AM on Saturday. But the pipeline was up and running until well after 5:30, NBC reports. Even then, operators waited for another three hours before notifying the National Response Center, at which point the response began.

Interestingly, the records contradict what the Coast Guard has said about the spill, according to NBC. The Coast Guard said that reports came in on Friday night but that no one could investigate until the sun came up on Saturday, raising more questions about what happened during those crucial first hours.