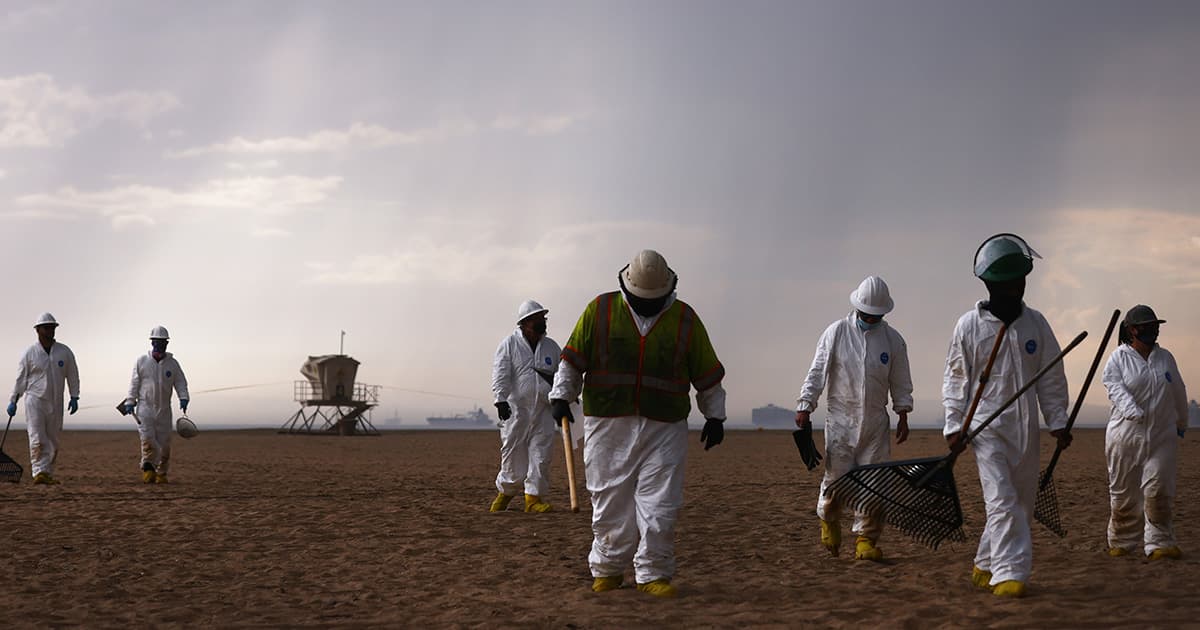 Officials in California are mobilizing to address the horrific oil pipeline leak off the coast of Huntington Beach in Orange County, which authorities now say dumped up to 144,000 gallons of crude oil into the ocean.

Governor Gavin Newsom declared a state of emergency in the area on Monday, and now both state and federal authorities are pursuing a criminal investigation, The Washington Post reports, to figure out what happened and who's responsible for the enormous oil spill that will likely close beaches for months and cause untold damage to the environment.

Law enforcement have suggested that a ship's anchor may have struck the pipeline and burst it open, according to WaPo. The ship anchor hypothesis is a "distinct possibility," pipeline operator Amplify Energy CEO Martyn Willsher said at a press conference, but it's still not clear whether anyone's arrived at a definitive answer.

Still, if that were the case, it would raise difficult questions about who's actually responsible — and ought to be held accountable — for such a horrific leak: Amplify Energy, or the ship that happened to damage it.

Meanwhile, environmental advocates are using the spill to try and push President Biden to declare an environmental emergency and ban any new pipelines and fossil fuel projects, according to WaPo.

"The oil spill demonstrates exactly why it’s so important for the Biden administration to act now on fossil fuels," Jamie Henn, organizer of the climate activist group Build Back Fossil Free, told WaPo, "rather than relying on long-term targets and a slow transition."

More on the oil spill: Huge Oil Spill Strikes off Coast of California