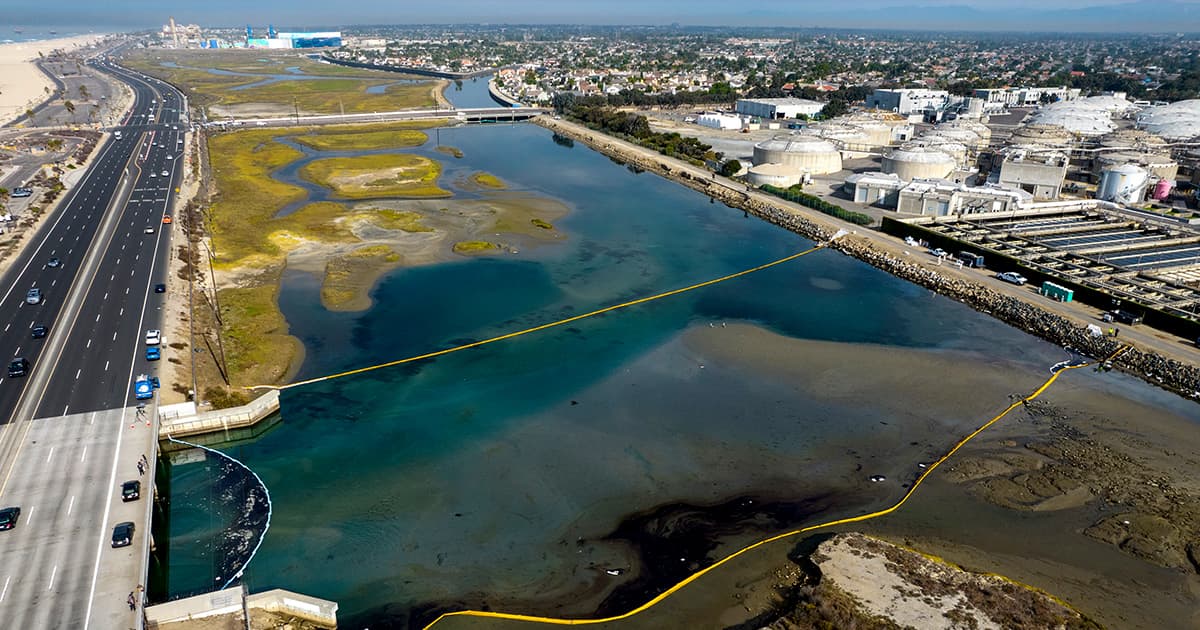 126,000 gallons of crude oil leaked just off of Huntington Beach.

126,000 gallons of crude oil leaked just off of Huntington Beach.

Southern California is facing a horrific oil spill that began off the coast of Huntington Beach either Friday night or Saturday morning.

Somewhere around 126,000 gallons of crude oil spilled out of an underwater pipeline operated by Amplify Energy, The Associated Press reports, sending authorities scrambling to pinpoint and contain the leak while mitigating ecological damage. The damage, which experts say is among the worst to strike the area in recent history, has already blanketed beaches and wildlife habitats with oil, potentially shutting them down and causing likely environmental devastation for months.

"You get the taste in the mouth just from the vapors in the air," Orange County Supervisor Katrina Foley told the AP.

The oil has already spread to nearby marshlands, The Los Angeles Times reports. The fragile ecosystems serve as crucial habitats for migratory birds and other wildlife, but high tide brought the oil in and experts say the damage could last for months.

Authorities have already moved to block any more oil from entering the wetlands, but in some ways the damage may be done, according to the LA Times. Beyond that, Amplify Energy shut off its three offshore platforms and suction-drained the pipeline to keep any more oil from leaking out while authorities work to contain the spill.

"In a year that has been filled with incredibly challenging issues, this oil spill constitutes one of the most devastating situations that our community has dealt with in decades," Huntington Beach Mayor Kim Carr told the AP. "We are doing everything in our power to protect the health and safety of our residents, our visitors, and our natural habitats."