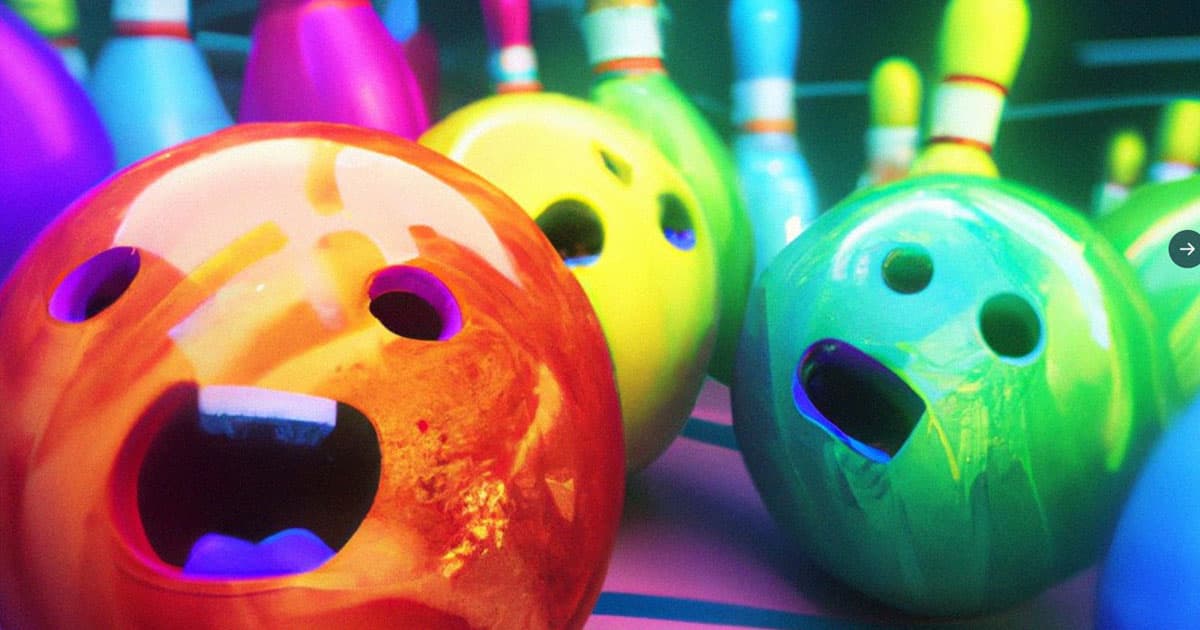 This software is so freakin' powerful!

This software is so freakin' powerful!

Move over, NSFW bowling animations — there's a new weird bowling meme in town, and this one was made by computers.

Using OpenAI's DALL-E2 text-to-image generator, which was just released a week ago, company market manager Adam Goldberg forced the company's superlative neural network to create images of "vibrant smiling and laughing bowling balls rolling down a bowling alley." The results, which he posted to Twitter, are magnificent.

Seriously, just look at these funny little fellas. Try to look at those toothy grins without laughing. You can't!

This isn't the first recent DALL-E2 creation to make its way to the Twitter pages of OpenAI employees, though we dare say it's the cutest so far.

In another tweet, OpenAI researcher Aravind Srinivas posted an image that looks convincingly hand-drawn in which the neural network was prompted to create "a robot attempting to learn a new language."

Aditya Ramesh, the creator of the original DALL-E and cocreator of its second version, had even more impressive offerings to show for his advanced neural network: videos of the software doing its thing, showcasing everything from "helping a piglet fly" to "modernizing a victorian house."

And this one, to put it plainly, is particularly stunning.

Reimagining a photo of a cat as a samurai master with #dalle text diffs: pic.twitter.com/RnKaHa3yhM

Though OpenAI has long purveyed shockingly powerful neural networks capable of generating wonders and monstrosities alike, this latest update to DALL-E dials it up significantly.

The bowling balls are an impressive example of AI that appears to be able to grasp not just content but style and poise as well. And that could be the start of some fascinating work.

If Futurism gains access — we're on the waiting list! — we'll be sure to see just how far we can push it without, y'know, resorting to naughtiness.

Paper Chaser
Researcher Tells AI to Write a Paper About Itself, Then Submits It to Academic Journal
Thursday
Read More
Craiyon Dreams
The Creator of That Viral Image Generating AI Loves All Your Weird Creations
Thursday
Read More
What's Happening?
Google Insider Says Company's AI Could "Escape Control" and "Do Bad Things"
Jun 24
Read More
+Social+Newsletter
TopicsAbout UsContact Us
Copyright ©, Camden Media Inc All Rights Reserved. See our User Agreement, Privacy Policy and Data Use Policy. The material on this site may not be reproduced, distributed, transmitted, cached or otherwise used, except with prior written permission of Futurism. Fonts by Typekit and Monotype.