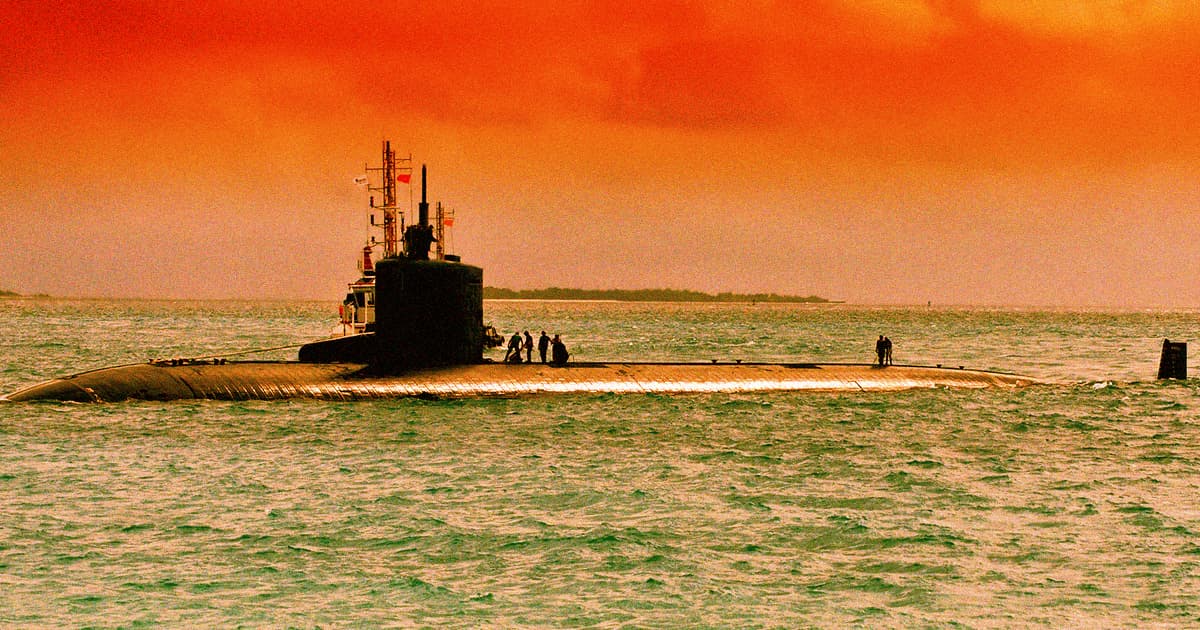 The object has a "strong magnetic resonance" and is several hundred feet under the water.

The object has a "strong magnetic resonance" and is several hundred feet under the water.

Time is running out in the search for a lost Indonesian navy submarine with 53 people on board.

The navy lost contact with the vessel, the German-built KRI Nanggala-402, early Wednesday morning local time off the north coast of Bali.

Officials fear the crew may soon run out of oxygen — if they've made it this far, supplies will reportedly only last until tomorrow.

But there may be some hope: major general Achmad Riad told reporters on Friday that a naval vessel detected an object with "strong magnetic resonance" at a depth of 164 to 328 feet, CNN reports.

The rescue vessel, the Riguel warship, has a high-tech sonar that can use sound waves to locate objects under water.

It's still too early to tell if the object is the submarine, but the discovery provides a glimmer of hope for the crew on board.

The Riguel isn't the only vessel that's actively looking for the lost submarine. According to CNN, two Australian warships have joined the search efforts.

"HMA Ships Ballarat and Sirius, both presently at sea on separate regional deployments, are making best speed for the search area," Australia's Defense Department said in a statement today. "As always, we stand ready to assist our fellow mariners in the Indonesian Navy."

The United States is also sending aircraft to help search for the submarine.

An oil spill spotted by a helicopter earlier this week indicated either that the submarine's fuel tank was damaged, or that the crew was sending a signal, Reuters reported.

There's still a chance rescue teams will be able to recover the submarine and save the lives of the 53 crew members on board. All we can do now is to hope for the best.

More on the search: Missing Submarine Running Out of Oxygen, Experts Fear