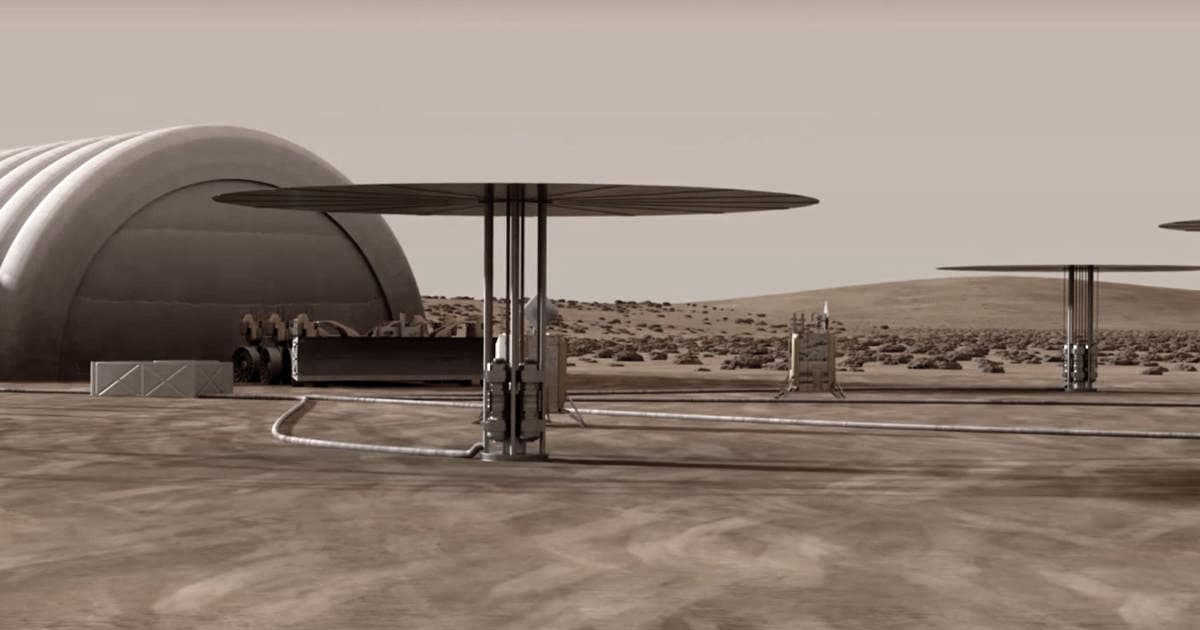 As space agencies around move to establish a permanent human presence on other worlds, the question of how to provide them with power has long lingered unsolved, Chemical & Engineering News reports. Because resupply missions are challenging and sunlight doesn't reach some parts of the Moon, NASA is betting that simple, lightweight nuclear reactors are the way to go.

The challenge, however, is scale. Constructing a full nuclear plant on the Moon is out of the question, C&EN reports, so NASA is working on simplified, scaled-down reactors that could withstand the Moon's harsh conditions.

"I hate to call it an innovation because it's not that complicated," David Poston, a nuclear engineer at the Los Alamos National Laboratory, told C&EN. "But it's an innovation that we said, 'Why don’t we just do it the simple way that we know is going to work?'"

The engineers say four reactors could give enough energy for a six-person crew to live on Mars, and they're hoping to use the Moon as a testing ground.

"On the moon, you’re close to home," NASA engineer Michelle Rucker told C&EN, "so if something fails, it’s a fairly close trip to get back home, whereas on Mars, your system better be working."