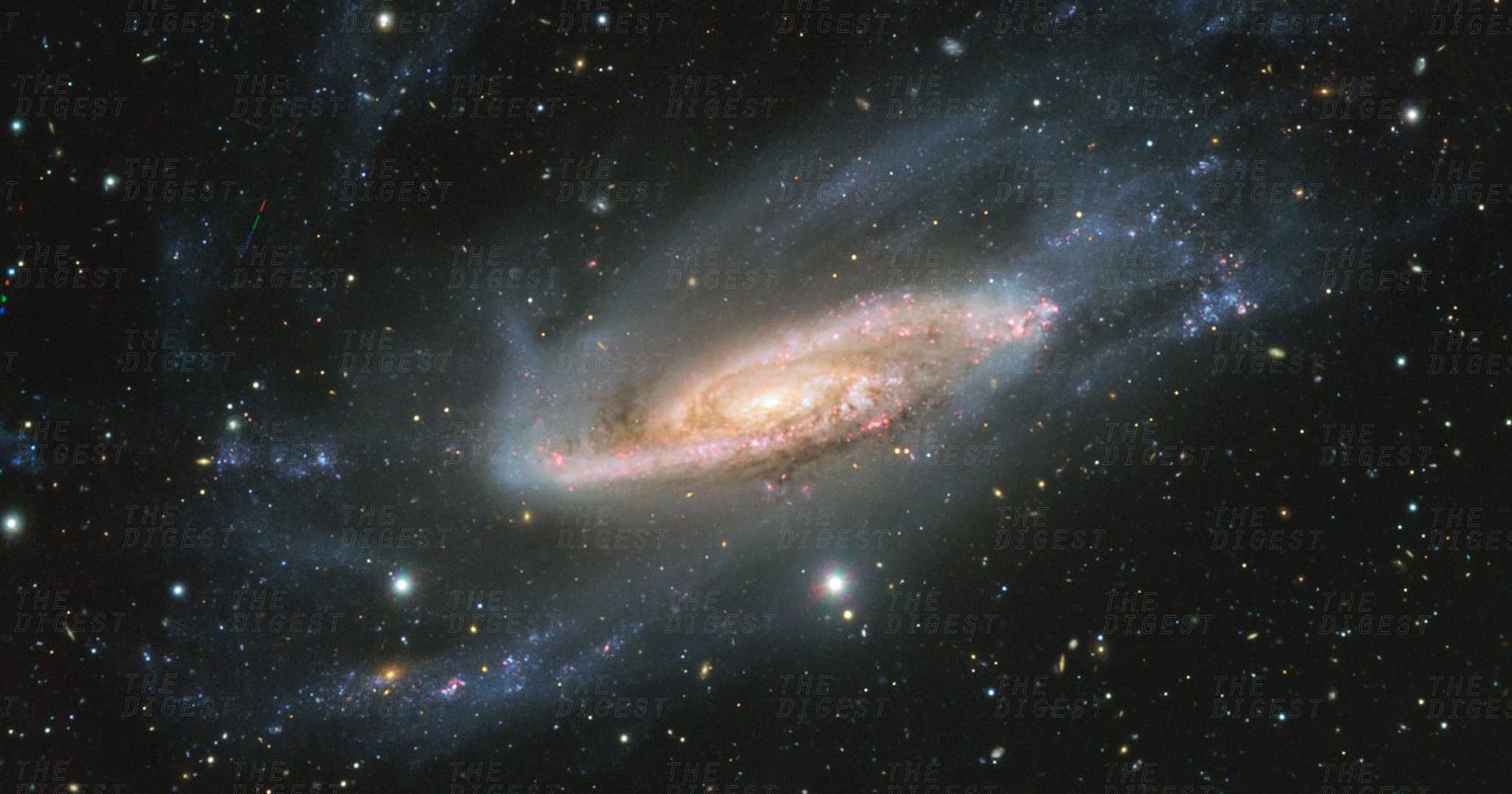 Check Out This Stunning Image of a Far-off Galaxy

This "cosmic gem" doesn't look like something 65 million light years away.

This "cosmic gem" doesn't look like something 65 million light years away.

On Wednesday, the European Organization for Astronomical Research in the Southern Hemisphere (ESO) released a stunning image of NGC 3981, a spiral galaxy 65 million light years away. FOcal Reducer and low dispersion Spectrograph 2 (FORS2), an instrument on the ESO's Very Large Telescope (VLT) at the Paranal Observatory in Chile, took the image in May 2018.

The image offers a choice view of NGC 3981's spiral arms, as well as its bright center, which is home to a supermassive black hole. It also features several stars from the Milky Way in its foreground, as well as the movement of an asteroid, which appears as three blue, green, and red lines near the top center of the image.

The image of NGC 3981 is part of an ESO outreach initiative known as Cosmic Gems. The initiative's goal is to generate stunning, high-quality images like this one so the ESO can then use them for education and public outreach.

On the off chance that the images produced for the program could be useful to scientists, the organization archives all the Cosmic Gems' data, but even if it never serves a scientific purpose, this image of NGC 3981 could at least provide you with a pretty cool-looking desktop background.

More on the VLT: We Just Discovered 72 New Galaxies, Which Means Trillions of New Alien Worlds