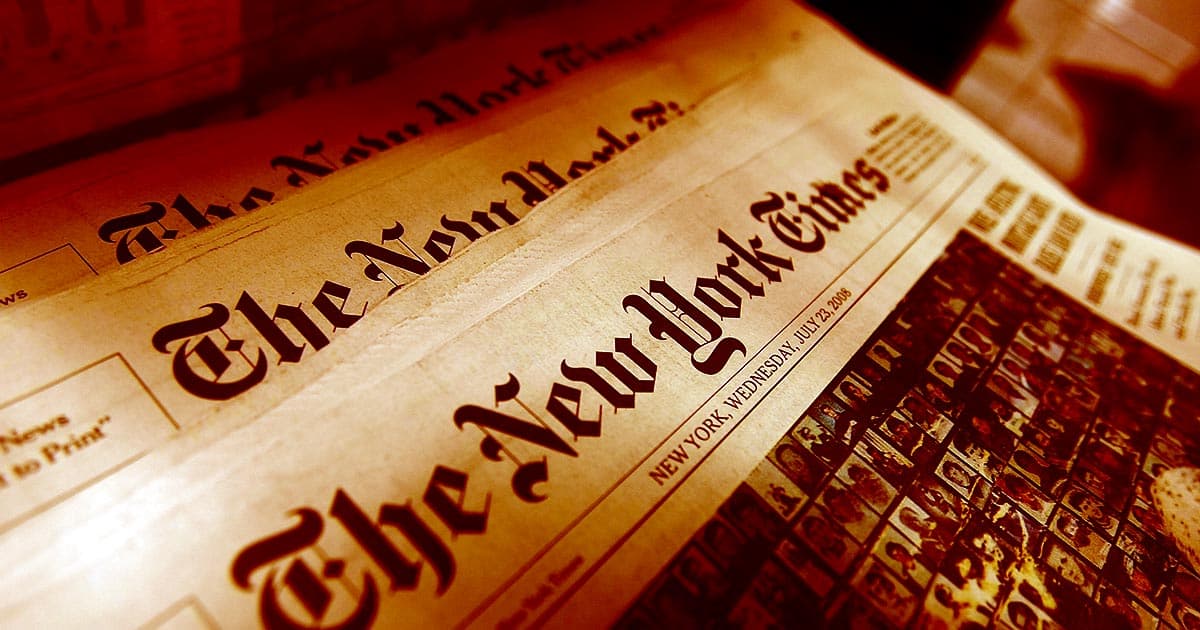 It's unclear whether the new phrase should be pronounced "krit-po" or "crite-po," but social media users are having a blast cracking wise at the Gray Lady.

"When your copyeditor is just an NFT of a copyeditor," quipped one netizen.

The proof is in the pudding, or in this case bot code. The typo was first spotted by a bot called New New York Times on Tuesday afternoon, an account that automatically tweets words when they first appear in the pages of the paper famous for the motto "all the news that's fit to print."

One of the bot's most famous posts is from 2019, when the Times first printed the word "deadass."

The typo was funny but innocuous. The same can't be said, however, for the allegations made in the actual story — crypto mining will indeed continue to consume countries' worth of power unless new regulation forces the industry to address energy and climate concerns.

Abso-Effing-Lutely
Free Speech Absolutist Elon Musk Discovers That Some Speech Is Unacceptable After All
Dec 2
Read More
Break Out in Hives
Twitter Competitor Shuts Down App When It Turns Out Hackers Can Read Users' Private Messages
Dec 1
Read More
Be Better
Elon Musk Reportedly Slashed the Team That Fights Child Sexual Abuse on Twitter
Dec 1
Read More
+Social+Newsletter
TopicsAbout UsContact Us
Copyright ©, Camden Media Inc All Rights Reserved. See our User Agreement, Privacy Policy and Data Use Policy. The material on this site may not be reproduced, distributed, transmitted, cached or otherwise used, except with prior written permission of Futurism. Articles may contain affiliate links which enable us to share in the revenue of any purchases made.
Fonts by Typekit and Monotype.