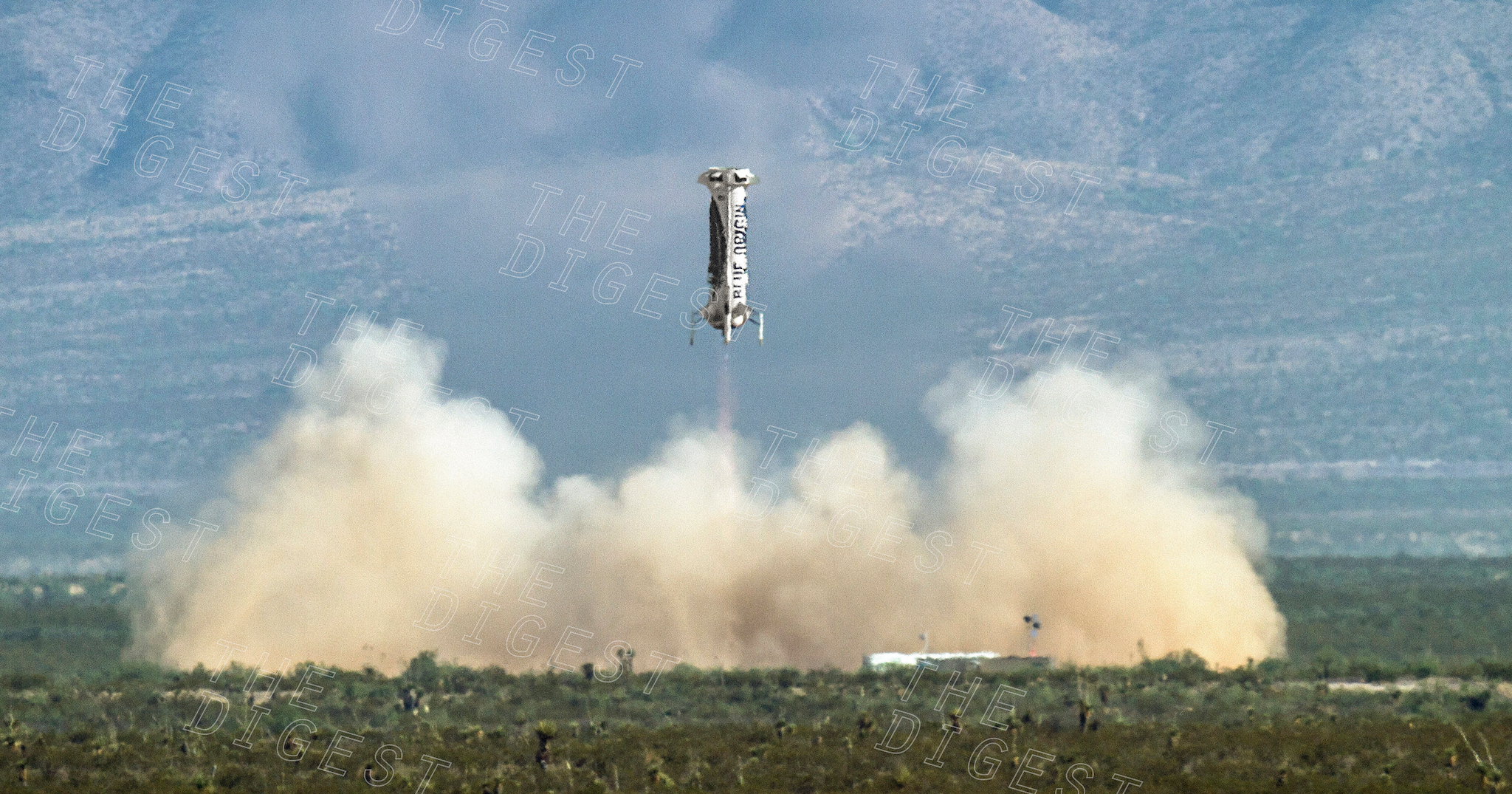 Both the rocket and its capsule nailed the landing.

Both the rocket and its capsule nailed the landing.

NAILED IT. Wednesday morning, Blue Origin launched a capsule-carrying New Shepard rocket from its facility in West Texas. The goal: to test the escape motor, the motor that would engage if astronauts needed to make a fast getaway due to some unforeseen circumstances at any point during a flight. Its effectiveness is essential to ensuring the safety of any people who might ride aboard the capsule in the future, and this was Blue Origin's third test of the system.

And the company appeared to nail the test.

After launch, the capsule separated from the rocket just like it should, and then its emergency motor ignited — just as it's supposed to during an emergency situation. This propelled the capsule to an altitude of roughly 119 kilometers (74 miles), a record height for the company. After that, both the capsule and the rocket safely returned to Earth.

TESTING. TESTING. Blue Origin wasn't the only company testing the waters with this New Shepard rocket launch; the rocket's capsule contained a variety of devices and experiments for scientists and educators conducting microgravity research. One company sent up a system designed to provide reliable WiFi connectivity in space, while another added a number of textiles to the capsule so they could test their viability for use in space suits.

SPACE TOURISM. However, the most interesting payload aboard the capsule (for the general public, anyways) was likely Mannequin Skywalker, the test dummy that first rode a New Shepard back in December. In addition to bearing a number of instruments that collect valuable data for Blue Origin, the dummy also serves as a reminder of Blue Origin's ultimate goal — to send people into space — and with today's successful test, the company moves one step closer to reaching that goal.

READ MORE: Blue Origin Will Push Its Rocket ‘to Its Limits’ With High-Altitude Emergency Abort Test Today [The Verge]

Editor’s note 7/20/18 at 11:15 AM: This piece originally mischaracterized the purpose of the test and the role of Mannequin Skywalker. It has been updated accordingly. We regret the error.