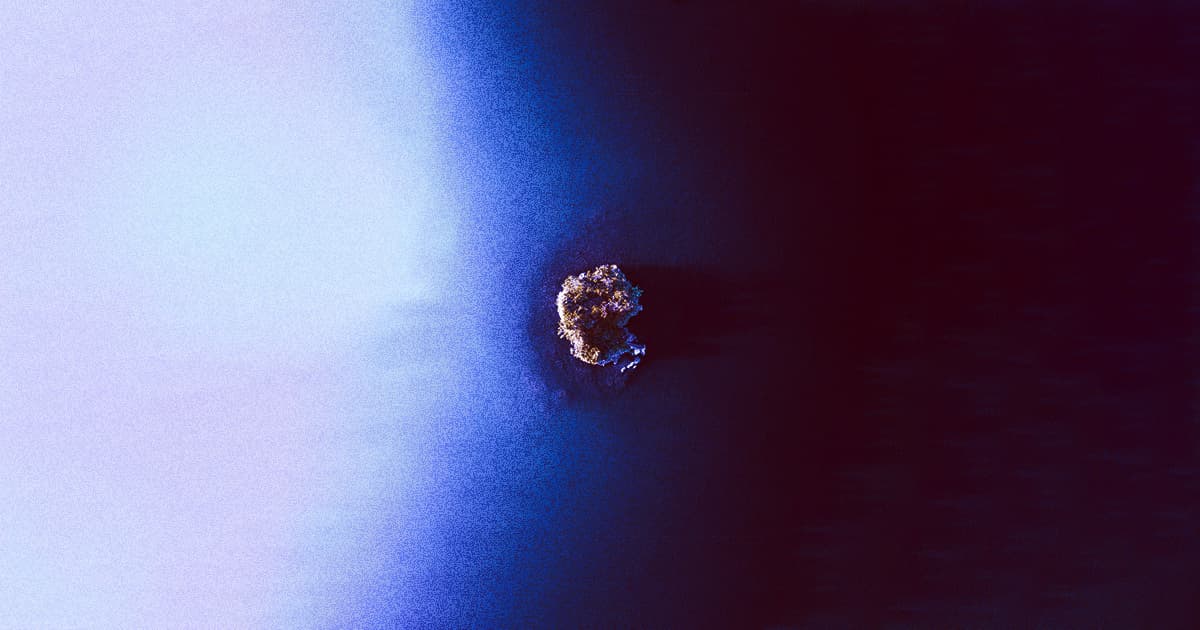 A New Island Just Appeared in the Pacific Ocean

There’s a new kid on the block.

There’s a new kid on the block.

Hey, was that there before? A new island has popped up in the southwest Pacific Ocean, according to the NASA Earth Observatory.

This fledgling patch of land spawned out of a seafloor ridge teeming with highest density of underwater volcanoes on the planet. Known as the Home Reef seamount, the underwater mountain stretches between New Zealand and Tonga.

Starting this month, one of those volcanoes bubbled to life and erupted, brimming with lava that spilled out into the surrounding ocean and billowed voluminous plumes of ashy smoke into the air, according to the Earth Observatory's release.

Eleven hours later, amidst the shimmering heat of the subsiding eruption, a brand spankin’ new island emerged. And thankfully, NASA’s Operational Land Imager-2 (OLI-2) managed to capture the island in all its new found glory in a beautiful, natural-color image.

Initial measurements, collected on September 14, estimated the island to be about 43,000 square feet or one acre in size, and 33 above sea level. But by September 20, the booming little island had grown to almost 260,000 square feet, or six acres in size.

Island-spawning volcanic activity isn't surprising given the Home Reef seamount's position in the Tonga-Kermadec subduction zone, where three tectonic plates converge on each other in a slow, grinding collision. Among that trio is the gargantuan Pacific Plate, and at around 40 million square miles in area, it's the largest tectonic plate in the world.

Because of its overwhelming proportions, subduction means that the Pacific Plate gradually sinks beneath the other two lighter colliding plates, and in the process gapes one of the deepest trenches on Earth into the seafloor, aptly known as the Kermadec Trench, as well as the active Kermadec volcanic arc just behind it.

Unfortunately, this little guy probably isn’t going to stick around very long, with NASA warning that islands created by underwater volcanoes are typically short-lived. But there are some exceptions, like one island created from the nearby Late’iki Volcano in 1995 that stuck around for a whole 25 years — though that's not very long in geological terms.

Still, we're rooting for this new one. Hang in there, tiny island!

More on volcanoes: Active Supervolcano Is Causing Ground Above It To Shift, Study Finds

Ocean Explosion
Hey Kids, Wanna See Satellite Footage of a Volcano Violently Erupting?
Jan 15
Read More
We Could Power the World With Volcanoes
11. 15. 17
Read More
Satellites Will Soon Predict Earthquakes and Volcanic Eruptions From Space
9. 6. 17
Read More
+Social+Newsletter
TopicsAbout UsContact Us
Copyright ©, Camden Media Inc All Rights Reserved. See our User Agreement, Privacy Policy and Data Use Policy. The material on this site may not be reproduced, distributed, transmitted, cached or otherwise used, except with prior written permission of Futurism. Articles may contain affiliate links which enable us to share in the revenue of any purchases made.
Fonts by Typekit and Monotype.