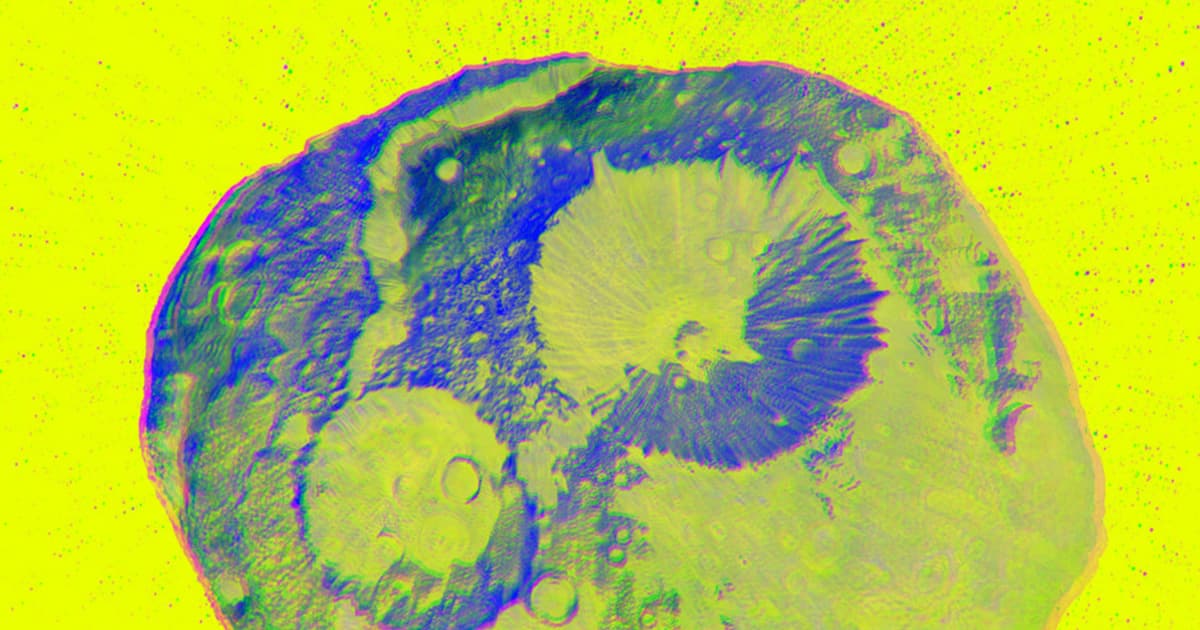 "To see the inside of a planet is fascinating."

"To see the inside of a planet is fascinating."

A new study takes the closest look yet at Psyche, an object in our solar system’s asteroid belt that’s thought to be the leftover core of a protoplanet that was destroyed before it could finish forming, possibly by an epic prehistoric collision that ripped off its outer layers.

In addition to taking clearer images of Psyche’s surface, the Southwest Research Institute study, published Monday in The Planetary Science Journal, is the first to observe the asteroid in ultraviolet, which revealed weathering effects due to being exposed in space for countless aeons. As NASA plans to launch a mission to Psyche in 2022, the new research could give the space agency a much better idea of what to expect once it arrives.

Psyche is one of the largest objects in the asteroid belt, orbiting the Sun between Mars and Jupiter. When they imaged it under UV light, the scientists found that Psyche has been gradually oxidizing thanks to solar winds.

“We’ve seen meteorites that are mostly metal, but Psyche could be unique in that it might be an asteroid that is totally made of iron and nickel,” Southwest Research Institute scientist and study author Tracy Becker said in a press release. “Earth has a metal core, a mantle and crust. It’s possible that as a Psyche protoplanet was forming, it was struck by another object in our solar system and lost its mantle and crust.”

If Psyche is the ghostly remains of a new planet, it would give NASA an unprecedented glimpse into what’s happening beneath our feet on Earth.

“What makes Psyche and the other asteroids so interesting is that they’re considered to be the building blocks of the solar system,” Becker said. “To understand what really makes up a planet and to potentially see the inside of a planet is fascinating.”