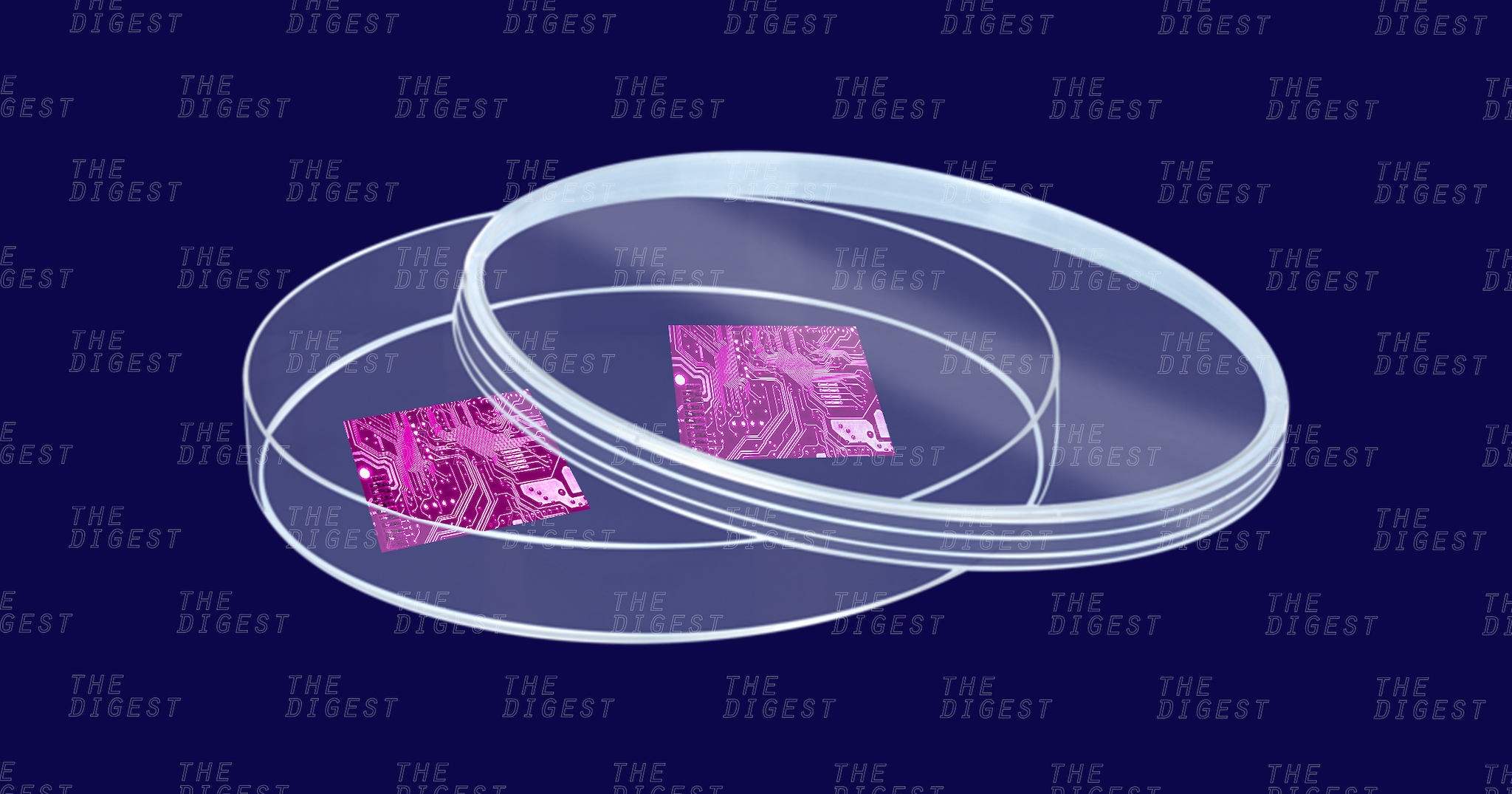 Will the computers of the future be built in factories or grown in labs like cell cultures?

Will the computers of the future be built in factories or grown in labs like cell cultures?

BRAIN IN A DISH

Will the computers of the future be built in factories as they are today, or will they be grown in labs like cell cultures?

That's the question posed by an interdisciplinary team of biologists and computer engineers who won a $500,000 grant this week from the National Science Foundation. The researchers' plan: to develop a computer made out of living cells and program it to perform computational tasks.

Details about the upcoming project are scant. The grant winners say they will use living cells (they haven't said what type) to construct a neural network. They say they'll use optogenetics, a biological technique that uses light to control cells, to train the system to recognize handwritten digits. They say the hybrid project could lead to better understandings of both computers and organic brains. How all these pieces will fit together is really anyone's guess at this point.

"We hope that neuron scientists will be able to use this technology as a testbed for studying the human brain," said Yevgeny Berdichevsky, a professor of bioengineering at Lehigh University who's working on the project, in a press release.

I HAVE NO MOUTH, AND I MUST SCREAM

When scientists at the University of Pennsylvania unveiled lab-grown globules of human brain tissue, it prompted an outcry from ethicists who worried that the "minibrains" could experience consciousness as they became more complex. It's not yet clear whether this project will raise similar concerns.

But the work does suggest a radically different vision of future computing technology in which everything from buildings to computers could be grown from seeds, like flowers.

More on lab-grown brains: A Brain in a Dish: 3D Mini-Brains Prove to Be Remarkably Accurate

AI Bigots
That AI Image Generator Is Spitting Out Some Awfully Racist Stuff
Jun 15
Read More
Mind Bender
Physicist: The Entire Universe Might Be a Neural Network
9. 9. 20
Read More
AI Baby
Listen To An AI's Nightmarish Beatboxing
12. 4. 18
Read More
+Social+Newsletter
TopicsAbout UsContact Us
Copyright ©, Camden Media Inc All Rights Reserved. See our User Agreement, Privacy Policy and Data Use Policy. The material on this site may not be reproduced, distributed, transmitted, cached or otherwise used, except with prior written permission of Futurism. Articles may contain affiliate links which enable us to share in the revenue of any purchases made.
Fonts by Typekit and Monotype.