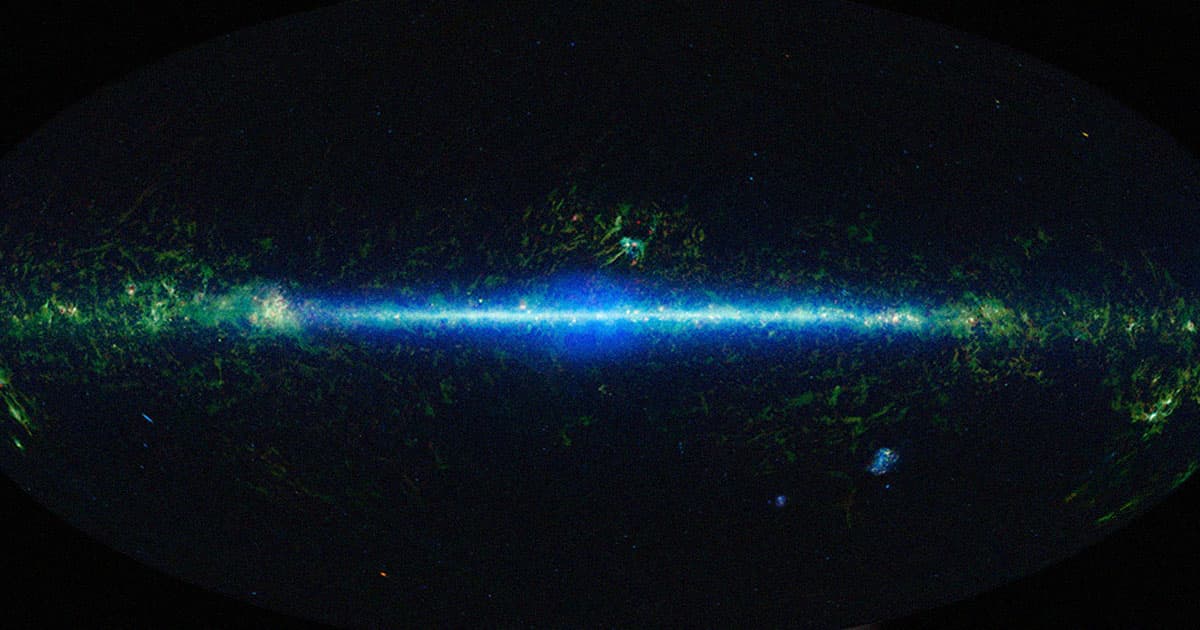 NASA just released a 12-year time-lapse of the entire sky, capturing the evolution of fascinating cosmic objects like brown dwarfs and even black holes.

Every six months, the spacecraft completes its journey halfway around the Sun, taking plenty of pictures for an "all-sky" map each time. And now, NASA has combined 18 of these all-sky maps to form the ultimate, all-encompassing map of the sky, spanning over a decade.

"If you go outside and look at the night sky, it might seem like nothing ever changes, but that's not the case," said Amy Mainzer, principal investigator for NEOWISE, in a press release.

"Stars are flaring and exploding," she added. "Asteroids are whizzing by. Black holes are tearing stars apart. The universe is a really busy, active place."

However, most of those events go unnoticed to the naked eye. As such, NEOWISE captured the infrared light that those cosmic bodies emit by repurposing the infrared sensors aboard its predecessor, WISE.

Not only are the results amazing for us to gawk at, it's also an invaluable resource to astronomers, especially in the realm of time-domain astronomy, NASA said in the release, referring to the study of how astronomical objects change over time.

NEOWISE and its predecessor have previously proven indispensable to recent studies of the universe. In 2012, for instance, it uncovered millions of supermassive blackholes in distant galaxies.

And in 2020, NEOWISE was also used to survey brown dwarfs, which are essentially stunted stars that never gained enough mass for nuclear fusion.

"We never anticipated that the spacecraft would be operating this long, and I don't think we could have anticipated the science we'd be able to do with this much data," said WISE project scientist and NASA astronomer Peter Eisenhardt, in the release.

Clearly, the wizened spacecraft is more than capable of producing some astonishing images, and we can't wait to see what else it has in store.

Fighting Words
Retired NASA Astronaut Scott Kelly Dishes on Ukraine, Russia, and Moon Mission
Monday
Read More
Psychological Warfare
Experts Excoriate NASA Report Claiming James Webb Wasn't Homophobic
Nov 19
Read More
Monkey Business
China Plans to Send Monkeys to Space Station to Have Sex With Each Other
Nov 3
Read More
+Social+Newsletter
TopicsAbout UsContact Us
Copyright ©, Camden Media Inc All Rights Reserved. See our User Agreement, Privacy Policy and Data Use Policy. The material on this site may not be reproduced, distributed, transmitted, cached or otherwise used, except with prior written permission of Futurism. Articles may contain affiliate links which enable us to share in the revenue of any purchases made.
Fonts by Typekit and Monotype.