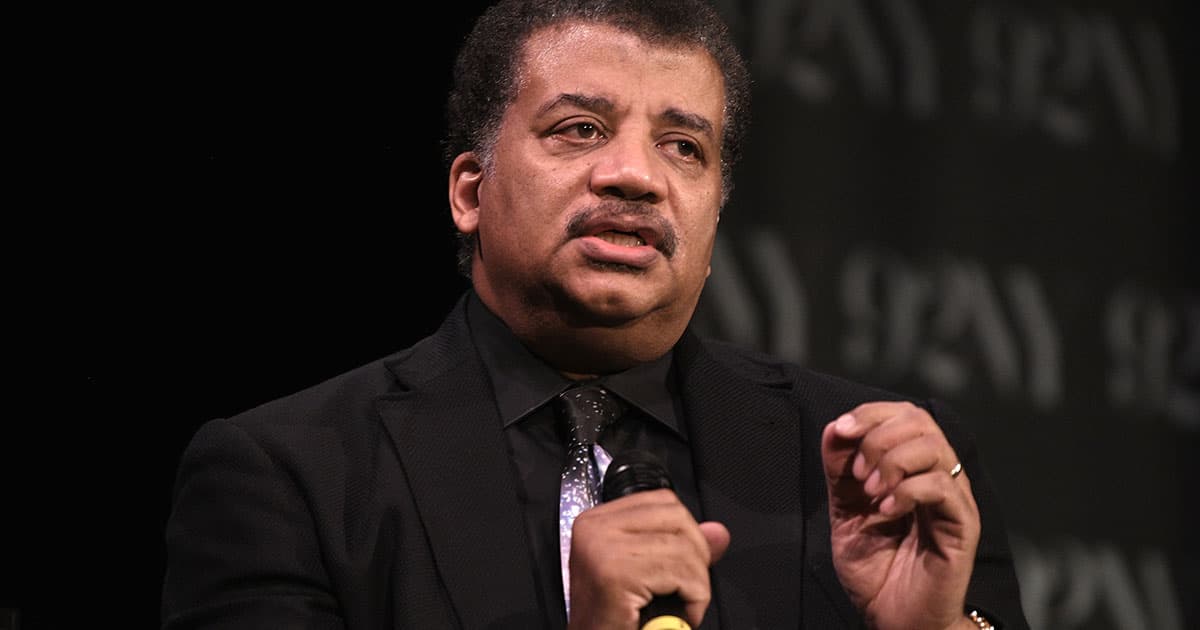 We can see it with our own eyes!

We can see it with our own eyes!

In an attempt at a dunk, boorish and allegation-laden astrophysicist Neil deGrasse Tyson tried to claim that one of his old tweets was doctored — but as it turns out, he's either wrong or lying, because the old tweet is definitely still up.

Last October, the Twitter account run by space journalist Keith Cowing tweeted about a nearly decade-old post Tyson made: a classic NDG-style gripe about a scene in the 2014 sci fi film "Interstellar" in which a truck drives over a bunch of flattened corn stalks with a flat tire.

"Mysteries of Interstellar: How a pickup truck can drive with a flat tire among densely planted corn stalks taller than it," Tyson tweeted back when the movie came out.

In the October tweet, Cowing called it one of his "all time favorite" tweets from the Museum of Natural History scholar. For some reason, Tyson chose to respond to NASA Watch this week — and even more bizarrely, claimed that post, which was featured in a screenshot alongside a still from the film of the scene, was fake.

"Dear NASAWatch, Next time, please confirm that the Tweet your are critiquing is real, which in this case is not, through it's hilarious," he tweeted. "Also, before you rush to take sides in an argument, try to verify that you take the side of objective truths."

Not one to be dunked upon, apparently, Cowing then responded to the astrophysicist with his own "just sayin'"-ass retort.

To be fair, the space journalist also got a key part of the mini-debacle wrong, too: he claimed that Tyson had deleted it, but in fact, as of press time, the tweet was still up (and it's also archived it on the Wayback Machine just in case he decides to actually delete it.)

So there you have it, folks. Either NDG is becoming forgetful as he ages, or he's lying about his old tweets.

Either way, it's fun to watch a low-stakes Twitter spat — especially in this economy.