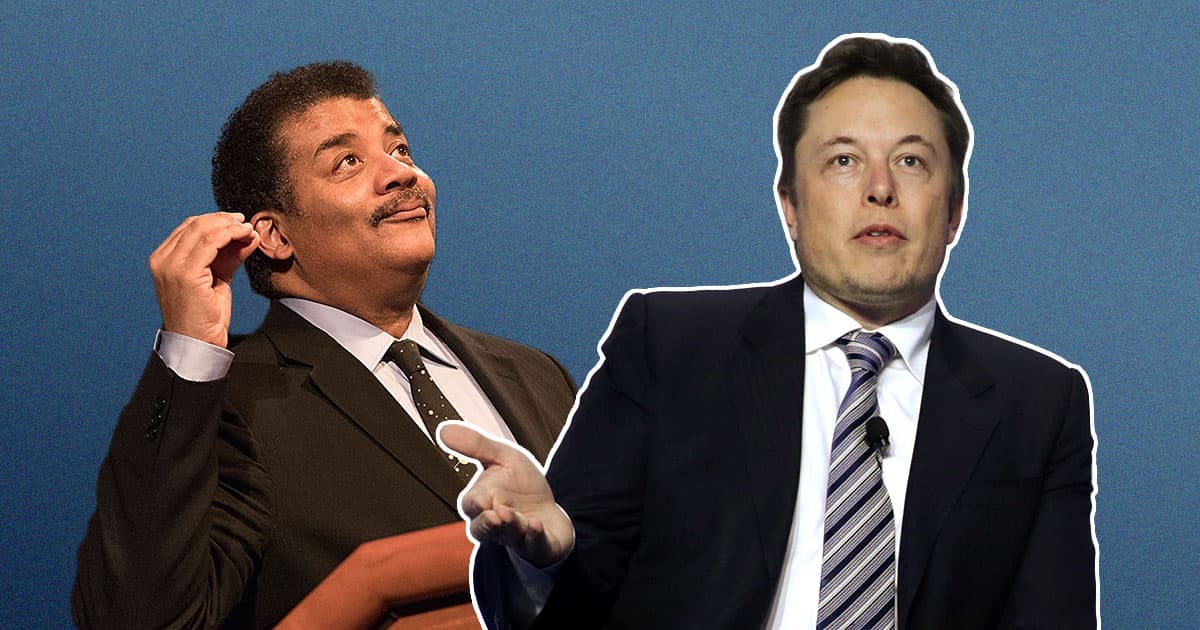 "He dreams big. And I don't think all of his dreams are realistic, but that doesn't matter..."

"He dreams big. And I don't think all of his dreams are realistic, but that doesn't matter..."

Famed astrophysicist Neil deGrasse Tyson weighed in on SpaceX and Tesla Elon Musk over the weekend — but we're not entirely convinced by his choice of words.

"Elon Musk is like a modern day Thomas Edison, right?" Tyson told TMZ in an interview published Sunday. "He dreams big. And I don't think all of his dreams are realistic, but that doesn't matter, because he's dreaming big."

To be fair, Tyson does seem to mean this in earnest. Edison, however, was a complicated character — and in his apparent attempt to praise the space and electric car mogul, Tyson may have actually delivered a bit of a backhanded compliment.

First of all, Musk might actually hate this comparison, mainly because of Edison's love of patents. Musk is a vocal believer that "patents are for the weak," while Edison, on the other hand, was a patent fiend. Average Edison's patent applications out over the course of his life, and the famous inventor applied for one roughly every 11 days, according to The New Yorker.

There's also the fact that Edison was, in plain terms, a widely alleged jerk. He's been accused of stealing work from students and publishing it under his own name, and was also an occasional dog murderer (and, depending on who you ask, an elephant murderer as well).

That being said, we don't believe Tyson is accusing Musk of being any of those things — even if there may indeed be parallels.

The similarities don't end there. Like many modern tech bros, both Musk and Edison are/were known for their extreme work schedules; both have/had fervent, devoted followings.

There's also the fact that both favored a perfection model, rather than one of raw invention. Though he's widely understood as the dude who invented the lightbulb, Edison didn't really invent incandescence. He expanded on it and made it marketable. Similarly, Musk didn't invent rocket science, nor did he build the world's first electric car. But Musk has rebuilt technologies and arguably even industries in his image — or, at least, coated them in a fine new lacquer of marketing language.

But again, this probably isn't the nuance that Tyson is trying to get across, here. Probably.

"I'm all for progress. I'm all for people seeing a world that they can invent," the astrophysicist continued. "A better world, where people are happier, safer... that's what science brings you."