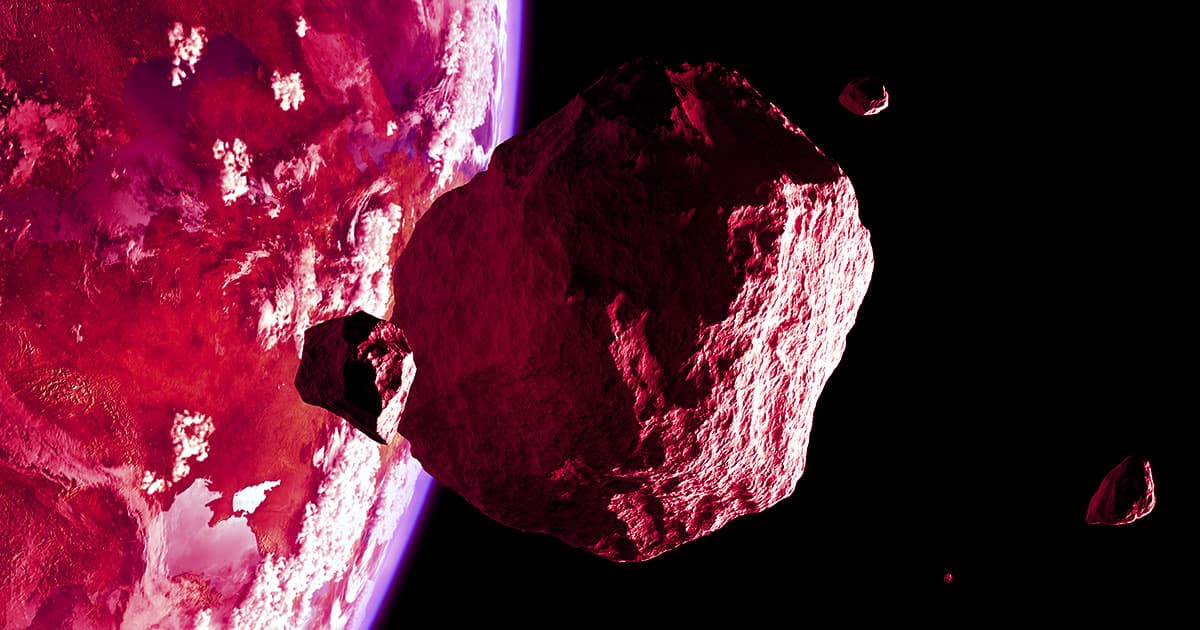 Good News: That Nearby Asteroid Won't Obliterate Us This Year

Last month, we reported that asteroid 2006 QV89 had a one-in-7,000 chance of striking the Earth. Fortunately, it sounds like we're safe — for now.

The odds of 2006 QV89 ramming into Earth were always astronomically low, but anything greater than a zero percent chance is worth investigating. Now, the European Space Agency has ruled out the possibility of an impact, according to a press release, by comparing the asteroid's trajectory to where it would have to be if it were going to pose a threat.

The 164-foot asteroid was first detected in August 2006, and then went out of sight after ten days, according to the release. Based on its trajectory at the time, astronomers found that there was a chance it would ram into Earth on September 9, 2019.

The researchers don't know where 2006 QV89 is, exactly, but they know where it would be if it were actually going to hit us, according to the press release. Since it's not there, we should be safe. At least, that's until we get closer to the next possible collision, with asteroid 2009 JF1, in 2022.

Space Lumps
Scientists Say We May Be Extremely Wrong About the Universe
Apr 28
Read More
Into Darkness
Inside NASA's Bold Proposal to Probe the Mysteries of Dark Matter
Mar 11
Read More
Water Canyon
Scientists Spot Hidden Water in Mars' Grand Canyon
12. 15. 21
Read More
+Social+Newsletter
TopicsAbout UsContact Us
Copyright ©, Camden Media Inc All Rights Reserved. See our User Agreement, Privacy Policy and Data Use Policy. The material on this site may not be reproduced, distributed, transmitted, cached or otherwise used, except with prior written permission of Futurism. Articles may contain affiliate links which enable us to share in the revenue of any purchases made.
Fonts by Typekit and Monotype.