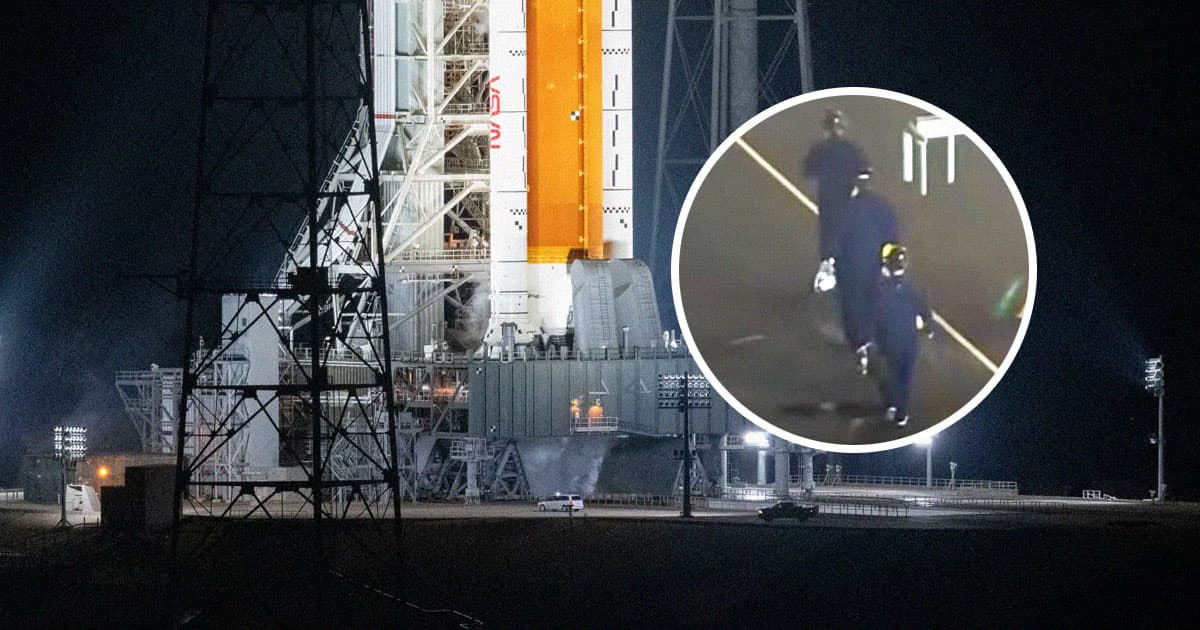 Had it not been for the heroics of three members of NASA's specialized "Red Crew," NASA's absolutely massive — and incredibly expensive — Space Launch System (SLS) likely wouldn't have made it off the ground this week.

During the launch, the painfully delayed Mega Moon Rocket sprang a hydrogen leak. The Red Crew ventured into the dangerous, half-loaded launch zone to fix it live. Incredible work indeed, although in spite of their heroics, keen-eyed observers did notice something strange about the so-called Red Crew: they, uh, don't wear red?

"How is it we spent $20B+ on this rocket," tweeted Chris Combs, a professor at the University of Texas San Antonio, "but we couldn't manage to get some RED SHIRTS for the Red Team."

Alas, the rumor is true. Red shirts seemed to be out of the budget this year — perhaps due to the ungodly amount of money spent on the rocket that these guys could have died while fixing — with the Red Crew-mates donning dark blue shirts instead. Per the NYT, they also drove white cars, which feels like an additional miss.

A leftover from last night that’s still bothering me:

how is it we spent $20B+ on this rocket but we couldn’t manage to get some RED SHIRTS for the Red Team pic.twitter.com/FO10Y6mg3H

For their part, the Red Crew didn't seem to care all that much, at least not in the moment. They were very much focused on needing to "torque" the "packing nuts," as they reportedly said during a post-launch interview on NASA TV. In other words, they were busy with your casual rocket science. And adrenaline, because, uh, risk of death.

"All I can say is we were very excited," Red Crew member Trent Annis told NASA TV, according to the NYT. "I was ready to get up there and go."

"We were very focused on what was happening up there," he added. "It's creaking, it's making venting noises, it's pretty scary."

In any case, shoutout to the Red Crew. The Artemis I liftoff is historic, and wouldn't have happened if they hadn't risked it all. They deserve a bonus, and at the very least? Some fresh new shirts.

More on the Artemis I launch: Giant Nasa Rocket Blasts off Toward the Moon