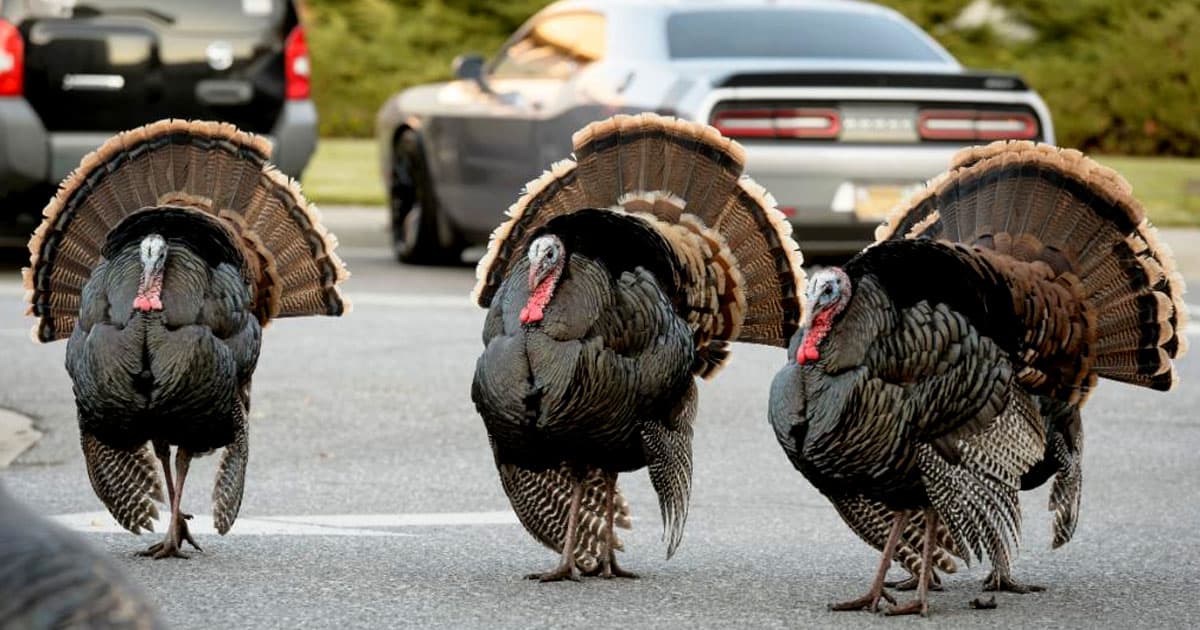 It's a fowl situation.

It's a fowl situation.

NASA has really gone to the birds.

As The Mercury News reports, a gaggle of troublesome turkeys have laid siege to NASA’s Ames Center in Mountain View, California.

According to the report, the Ames gobblers are defecating all over campus, blocking traffic, pecking at windows and cars — they’re even proving to be a threat to the agency’s aircraft. Making matters worse, people are refusing to stop feeding the birds in spite of a “no feeding the wildlife” policy.

Turkeys and other wild birds aren’t uncommon at the Bay Area facility, the Mercury News reports, but their numbers ballooned since the pandemic began. According to NASA Ames spokesperson Rachel Hoover, there were between five and eight wild turkeys spotted around the center before 2019. Now, there are an estimated 20 to 25.

Hoover also told the newspaper that employees suspect the females have been laying eggs at a nearby creek and bringing their young onto the campus.

Lets talk Turkeys.
They’re pecking cars and stopping traffic at Nasa Ames in Mountain View, so the agency is teaming up with the USDA to relocate the birds. About 18 turkeys will be trapped and transported to an ecological reserve in Santa Clara County. Process starts this week. pic.twitter.com/LI60ZLIWSR

With nesting season around the corner, the US Department of Agriculture is now attempting to get a handle on the situation at Ames before it gets even more out of hand.

The agency is working in tandem with the California Department of Fish and Wildlife to trap and relocate the birds safely using a pretty elaborate scheme involving weeks of corn-baiting in specific areas, and funnel-entranced corral traps. They’re then placed in “turkey boxes,” taken to a nearby reserve, and later released.

Time is of the essence with this relocation not only because the turkeys are soon to nest, but also because officials want to “ensure that the young turkeys don’t learn from older turkeys in regards to damaging cars and landscaping,” USDA spokesperson Tanya Espinosa told the Mercury News.

It’s a fowl situation, but at least they’re not going the way of Turkey Day.

READ MORE: Flock of turkeys wreaking havoc at the NASA Ames center in Mountain View. Now, feds are trying to relocate them. [The Mercury News]